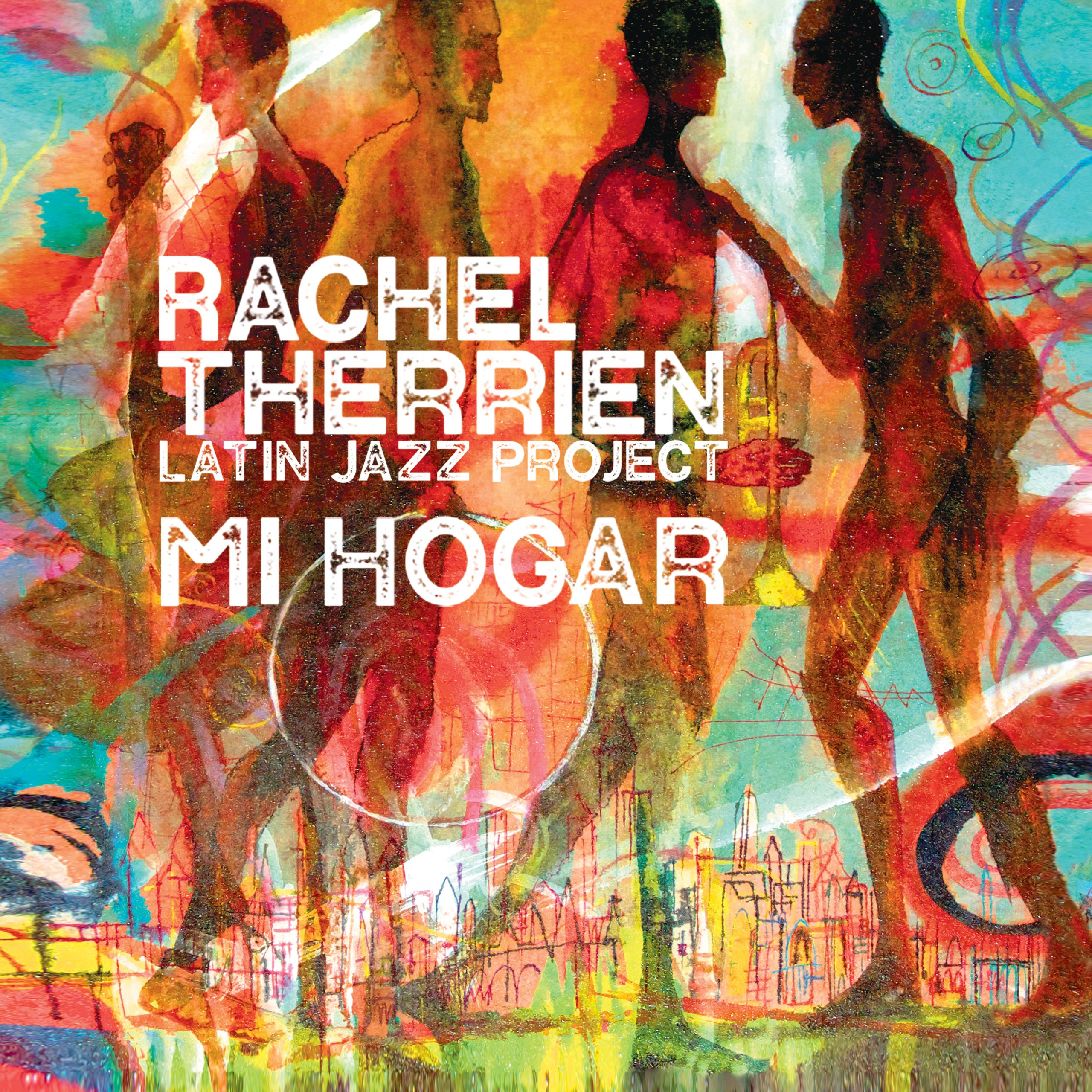 Trumpeter and composer Rachel Therrien showcases her new Latin Jazz Project on Mi Hogar, due out February 10, 2023 via Outside In Music

“The intensity is real, the sound gorgeous and the rhythms that ensue, infectious.” – Raul Da Gama/World Music Report on Pensamiento

“Her inside/outside playing and ability to jump into the upper register on a moment’s notice recall Kenny Wheeler at times but she mostly displays her own sound and style. – Scott Yanow/L.A. Jazz Scene on Vena

From the very first notes of Rachel Therrien’s latest album, Mi Hogar, (out February 10, 2023 via Outside in Music) listeners know they are in for a multifaceted sonic treat. An impressive showcase of the Canadian-born bandleader’s range, Mi Hogar marks the first outing of Therrien’s newly assembled Latin Jazz Project, an ambitious document of her work with expert musicians of the genre from New York City, Canada, Cuba, Puerto Rico and Venezuela.

The accomplished, JUNO-nominated trumpeter is a regular fixture on the New York jazz and Latin jazz scene. A bonafide virtuoso on the horn and an expert in numerous musical styles, Therrien has shared the stage with many a luminary including Tony Allen, Pedrito Martinez, Claudio Roditi, Billy Drummond, Anat Cohen and works regularly as a core member of Arturo O’Farrill’s GRAMMY® Winning Afro Latin Jazz Orchestra among many others. A prolific bandleader, her five previous releases (including the JUNO-nominated 2020 release Vena) have garnered critical acclaim, solidifying Rachel Therrien’s status as an ingenious composer and inspired improviser.

Mi Hogar represents a special release for Therrien, who has honed her skills playing in Latin Jazz ensembles for years, and whose love for the genre compelled her to travel to Cuba to research and study the music more than a decade ago. “The experience changed my life and is probably the reason why I am still a musician today. I always felt good playing Latin-influenced music, it is where I feel I can express myself the most musically. I have been dreaming of doing this project for many, many years and now I am finally sharing this with the world.”

The album title, which translates to ‘my home’ in Spanish, is a nod to the many places Therrien has lived over the years—from her native Canada, to Cuba and New York. It also speaks to another sanctuary in Therrien’s life: sound and community. In this global spirit, Therrien assembled Mi Hogar from a series of international recording sessions. It was fundamental for the bandleader to feature many of the musicians that have been a part of her musical journey. “I am grateful to have worked with 20+ musicians on this record. I really appreciate their confidence in me and friendship, on top of their incredible musicianship and virtuosity.”

The album kicks off with the riveting “Capricho Arabe”, and features the notable Cuban pianist Miguel de Armas and esteemed bassist Alex Bellegarde before moving into her take on the Coltrane classic “Moment’s Notice.” A central figure in the New York City Latin Jazz scene, bassist John Benitez was a key collaborator on Mi Hogar, serving as a mentor to Therrien from the record’s early songwriting stages through its mastering. Benitez can be heard on next track “The Wizard” where he expertly supports the lyrical solos of altoist Roman Filiu and pianist Gabriel Chakarji before laying down a solo of his own.

Sitting at the center of the album (and the first single), Chakarji’s “Mojo” has an aesthetic that reminisces some Weather Report compositions but over a Latin-Jazz rhythmic template. The ever-shifting harmonies create a complex tapestry for Therrien to display her rich melodic vocabulary on, as well as her gorgeous tone on the Flugelhorn.

A Cuban rumba version of the iconic “Con Alma” serves as a nod to the early Latin Jazz explorations by master Dizzy Gillespie, which Therrien cites as her first first contact with the genre as a child. The track features Manuel Valera on piano who negotiates the fast tempo of the tune with ease. Brindis proves himself to be a valued player of the percussion section alongside Keisel Jimenez, Carlos Maldonado and Victor Pablo, who each maintain a momentum of brisk tempo while keeping the dynamics contained. The yield is a delightful and complex rhythm that each soloist celebrates.

An enigmatic introduction featuring the expert Batá drumming of Magdelys Savigne gives way to the mysterious melody of “Odessa”, a track dedicated to the city of the same name. The tune features a solo by pianist Danae Olano that works spare phrases into a dramatic climax, as well as a spotlight of bassist Roberto Riveron, who explores the entire range of his 6-string bass and smoothly leads the band back into the theme.

Therrien has a gift for writing captivating melodies, which is most-evident on her jubilant closer “Porcelanosa.” “It’s the dance piece of the album. I consider this one the ‘hit,” she says. Therrien initially wrote the composition on a piece of paper sitting in Madison Square Park and later superimposed it on a danceable rhythm Pilon. On it, pianist Willy Soto Barreto displays his knowledge of the Latin piano tradition with a rhapsodic, standout solo. Therrien and saxophonist Nestor Rodriguez exchange phrases in a robust musical dialogue before playing the last melody and wrapping the album in a bow. Throughout the entire album, drummer Michel Medrano Brindis proves to be a key collaborator, as a consummate accompanist and the only musician besides Therrien who plays on every track.

Therrien’s embrace of multiple musical lineages has helped her generate a singular approach to composing. “When you write original music, you can’t get rid of your musical background, history and influences; it all becomes part of you when you compose,” the keen artist shares. “The sound of this project is not the sound of a single band, it’s the sound of a community of people getting together to create music and connect.” That honesty and clear sense of identity shines throughout Mi Hogar and continues to position Therrien as one of the most exciting talents of the current jazz and improvised music landscape.