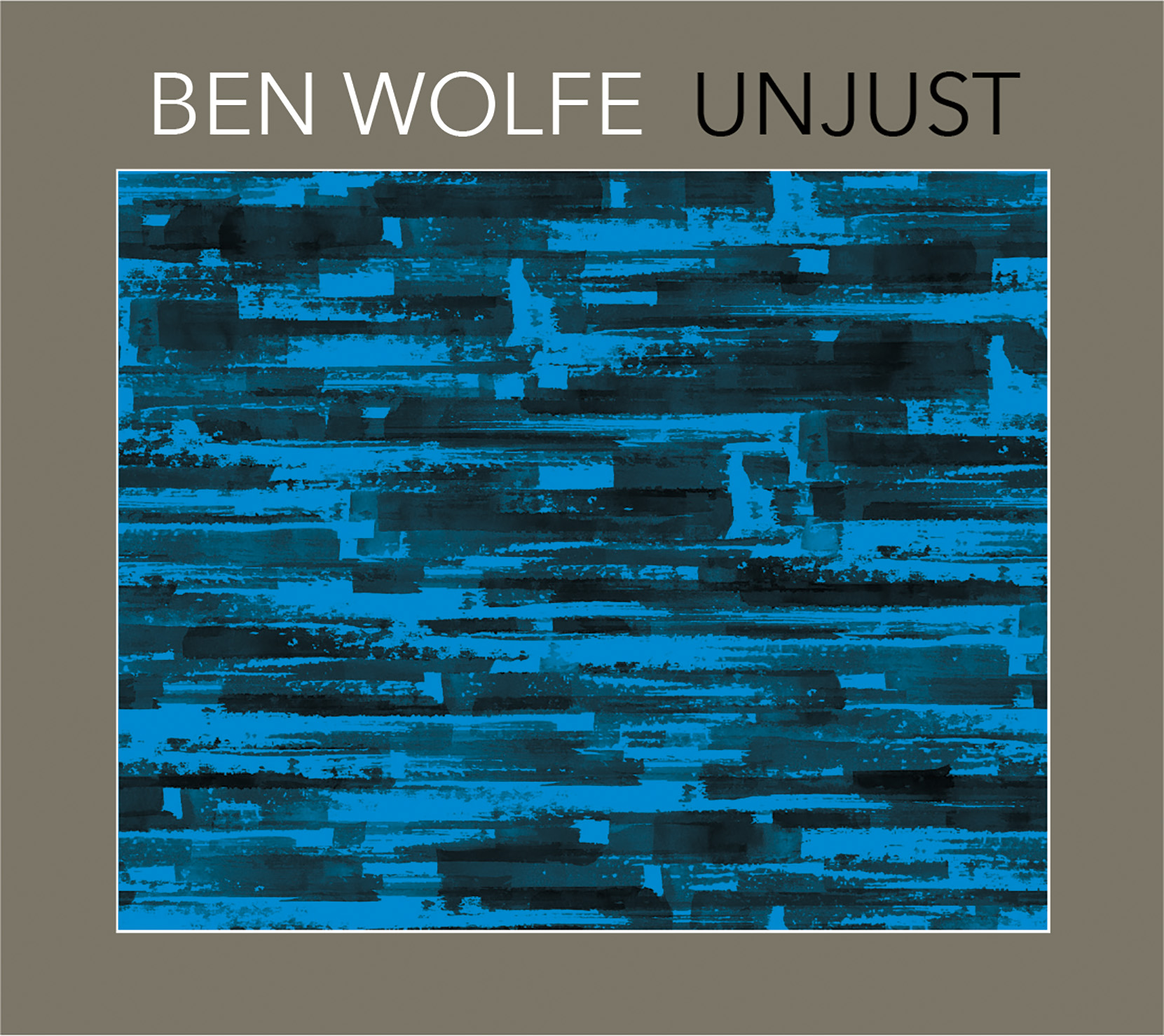 Sometimes, if you’re lucky, when the right musicians are placed into a room together, it can result in unexpected magic – individual performances that honor the conception and philosophy of the pieces, but marry together to create a cohesive unit where these disparate voices speak as one. Even rarer is the occasion when these voices come together to say something truly unique. Such is the case with Unjust.

During the course of a career spanning over four decades, Wolfe has earned his stature as one of the forefront composers of our time. Wolfe’s works have been described as “Mingus and Miles Davis meet Bartok and Bernard Herrmann” (Ben Ratliff – The New York Times). Wolfe’s tenth album as a bandleader is another stellar recorded document of the artist’s compositional prowess, taking listeners on a sonic journey of retrospection, insightfulness and exuberance. Wolfe makes wonderful use of instrumentation choices on Unjust with some compositions that include piano and many that do not, pieces that make use of the vibraphone as a melodic instrument, and some that allow the instrument to reside in the rhythm section, creating subtle variety in the fabric of each song. Wolfe indicates “this recording is very much about the interaction of the musicians with each other, with the material, and in some ways, with the studio itself.”

On the album’s title track, “Unjust”, we hear a piano-less quartet with Nicholas Payton and Nicole Glover at the helm. One can’t help but hear shades of Monk in the piece’s melody and chord changes, a connection Payton, Glover and Wolfe all explore individually on tremendously soulful solos. Kimmel, too, takes an expedition of his own with a salient opening, marking his almighty stake in Wolfe’s rhythm section. Wolfe notes “I have great respect for the artistry with which Aaron Kimmel plays the drums and creates music, evidenced throughout this recording… It was a complete joy recording this record with Aaron.”

Payton’s supple melodic refrains are featured heavily throughout the release, and particularly on the album’s opener “The Heckler”. On this piece, the rhythm section burns through a bright-tempoed swing while Payton tells a fervent story with his horn. Wolfe reflects “Nicholas Payton whom I have known for many years, is someone I’ve always had great respect for… Nicholas is a brilliant and extremely intuitive musician; he brings a deep understanding and love of the music. His sound is beautiful, full of history and feeling. With all the gifts Nicholas possesses, he still completely resides within the ensemble.”

Joel Ross and Immanuel Wilkins play pivotal roles in the ensemble, each complimenting the other perfectly throughout. Wolfe notes “Though having strong and individual voices, I often find myself writing for them as if they’re one musician… It’s always inspiring and a joy to play with them both.” Ross and Wilkins, who both also appeared on 2019’s Fatherhood, perhaps shine the most brightly on “Hats Off to Rebay” and “Sideways”. These tracks demonstrate the tremendous sound created when the two players double a melody, and then embark on melodic invention. Regarding saxophonist Nicole Glover, Wolfe remarks “Nicole’s playing on the song ‘Lullaby in D’ is perfect and couldn’t be more beautiful…I felt she would bring something special, but I had no idea the amount of poise she would bring.”

Pianists Addison Frie and Orrin Evans each bring their unique voices to Wolfe’s musical world throughout the release. Frie’s sensitivity and restraint are on full display with “Eventually”, which sees the pianist offering precise countermelodies to Joel Ross. Wolfe notes “Addison is the rare musician who plays with both strength and humility.” Wolfe’s long-time collaborator Orrin Evans provides soulful solowork on “Bob French”, a tribute to French – the inimitable jazz drummer and radio show host. Wolfe shares, “Orrin brings a special quality to how he makes the music feel; his playing encourages freedom and fearlessness. “The Corridor” is a stand-out tune shaped by mischief, the track features a unique trio format of vibraphone, bass and drums. Articulate malleting from Ross segways into one of the bandleader’s few solos on the record. Though corridors imply darkness, Wolfe’s has a vivid, intuitive course. Wolfe indicates “This project was a gathering of musicians I believed would find common ground with each other and would also find some magic within the ensemble. I very much enjoyed the process and I’m extremely proud to present “Unjust.”