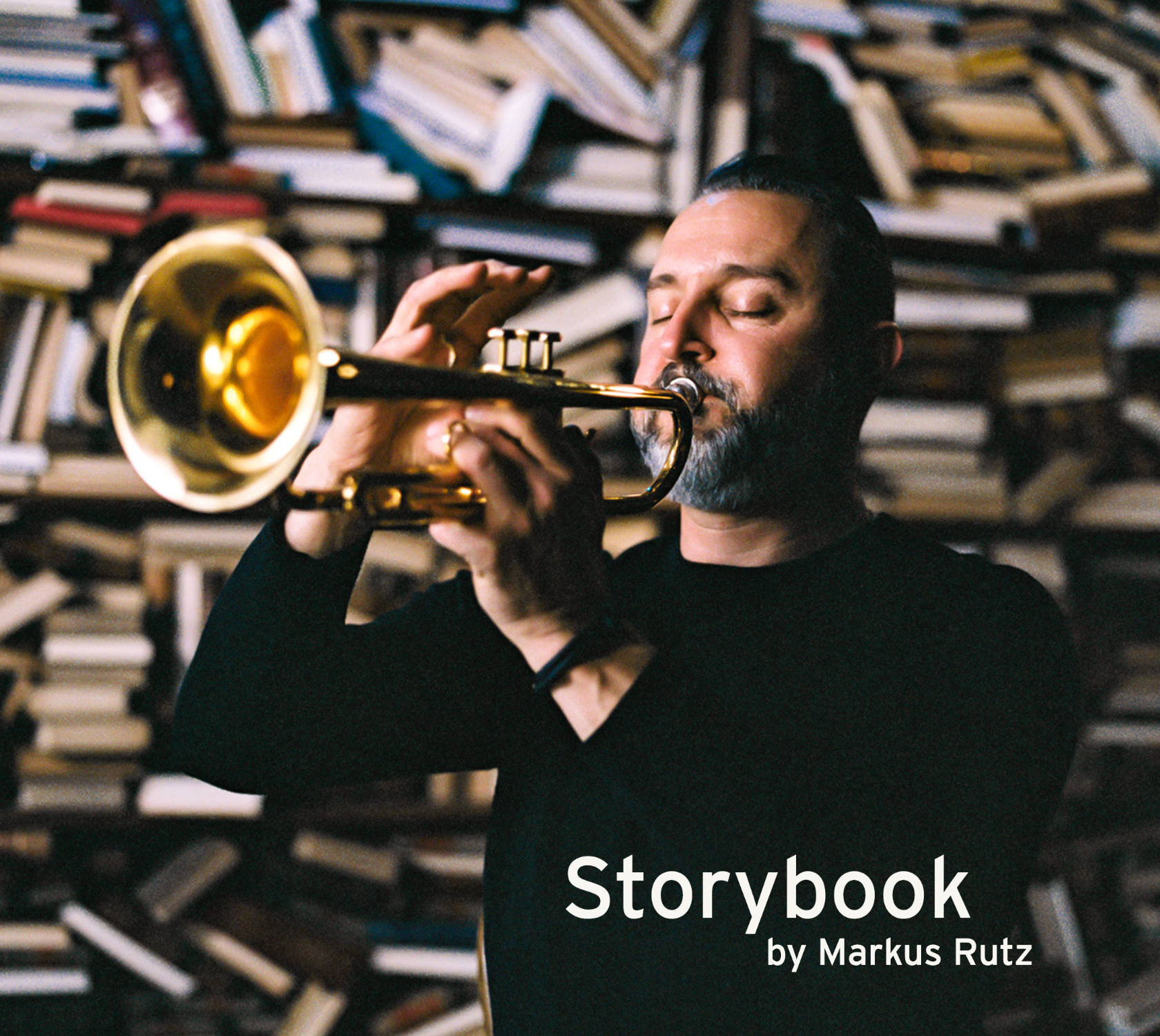 Storybook Will Be Released February 17, 2023 On JMARQ Records

JMARQ Records is pleased to announce the February 17, 2023 release of Storybook, celebrated trumpeter and composer Markus Rutz’ sixth studio release as a bandleader. Fresh off the heels of the release of his critically acclaimed albums Blueprints – Figure One, Blueprints – Figure Two, and One Saturday in September, Rutz’ new innovative work takes listeners on a musical journey from past to present, telling the story of Rutz’ early musical inspirations and education while reflecting on the musical vibrancy of modern-day Chicago. Rutz is in great company on this thrilling release which features saxophonist Sharel Cassity, pianist Adrian Ruiz, bassists Kurt Schweitz and Samuel Peters, drummer Kyle Swan and guitarist Kyle Asche.

To celebrate this upcoming album, Rutz will host a pre-release show on Friday, December 16, 2022 at VietFive Coffee in Chicago, 6PM CST. RSVP here.

Chicago-based trumpeter Markus Rutz is well-regarded for his bluesy, soulful style and gorgeous tone. Following the success of his Blueprints Figure One and Blueprints Figure Two, which both garnered international radio coverage, Rutz received the honor of being selected as a Representative of Chicago Music for the 2020 Year of Chicago Music. These accolades might grant audiences insight into the impression Rutz has made on his listening community, but to truly gain insight into Rutz’ unique compositional mind, one has to open the Storybook.

Rutz’ upcoming release features superb performances of compositions by the bandleader as well as thoughtful arrangements of time-tested standards. Opening with a prologue, the album unfolds into three distinct chapters. Storybook begins in the present, looks back in time and pauses for reflection, and once more returns home to the present. The album was composed with universality and oneness at its core. Storybook celebrates the notion that our collective stories are all woven together, and by shedding light on Rutz’ musical upbringing, also tells the stories of his biggest influences including such luminaries as Miles Davis, Kenny Dorham, Ellis Marsalis, Mal Waldron and Lil Hardin.

The album-opener “Something’s Blowing In” depicts a Westerly wind blowing in from New York City in 1949, demonstrating the effect of the tremendous musical output from such giants as Miles Davis and Charlie Parker on Chicago, and on Rutz’ life. Rutz indicates “At the age of 14 years, Miles Davis became a co-author in my life. One afternoon I picked up a copy of Kind of Blue and from the first notes of Bill Evans and the walking bass of Paul Chambers and sound of Miles’ trumpet, the life path I was walking opened up to something else … Miles arrived in my life with that recording and brought each of the other musicians along, each of whom has remained in my consciousness and has become part of my development learning and musical experience.”

“Chapter One – The Straightaway” represents the present day in Chicago, Illinois. “The Everyday Escapades of M&M” and “Third Coasting” reflect on the ebbs and flows of everyday life; the wonderful experiences and the strife that we face in our current moment. Chapter one concludes with an interlude that bridges time with an homage to mentors that have guided Rutz both directly and indirectly in personally getting to the present from the past. “Chapter Two – Learning is an Enviable Opportunity honors Rutz’ great mentors including Kenny Dorham, Ellis Marsalis and Richard Davis. Rutz delivers evocative arrangements of Kenny Dorham’s “Buffalo”, and Joe Henderson’s “Short Story” as well as his original composition “Mr. E”, a tribute to Ellis Marsalis.

Rutz notes, “Even without knowing or meeting someone, we take cues and have influences that can be elements of our life stories.” “Chapter Three – The Sentiments” exhibits this influence by showcasing specific songs that made a grand impact on Rutz. “Interlude on a Nostalgic Afternoon” sets the tone for this chapter of reflection – a meditation on the past through the eyes of the present. Rutz delivers a stirring performance on these hallmark compositions, “Just For a Thrill” by Lil Hardin Armstrong, and “Soul Eyes” by Mal Waldron. The Epilogue delivers the listener right back to the present with Rutz’ affecting composition “Right at Home”.

StoryBook celebrates a life well-lived through song, and those who have made an impact on it, the “co-authors” of Rutz’ story, whose wisdom he seeks to carry with him and impart on others. Rutz indicates “Storybook is a personal postcard I am sending to create a soundscape of happiness, pleasure and peace in the lives of listeners.”

Chapter One – The Straightaway