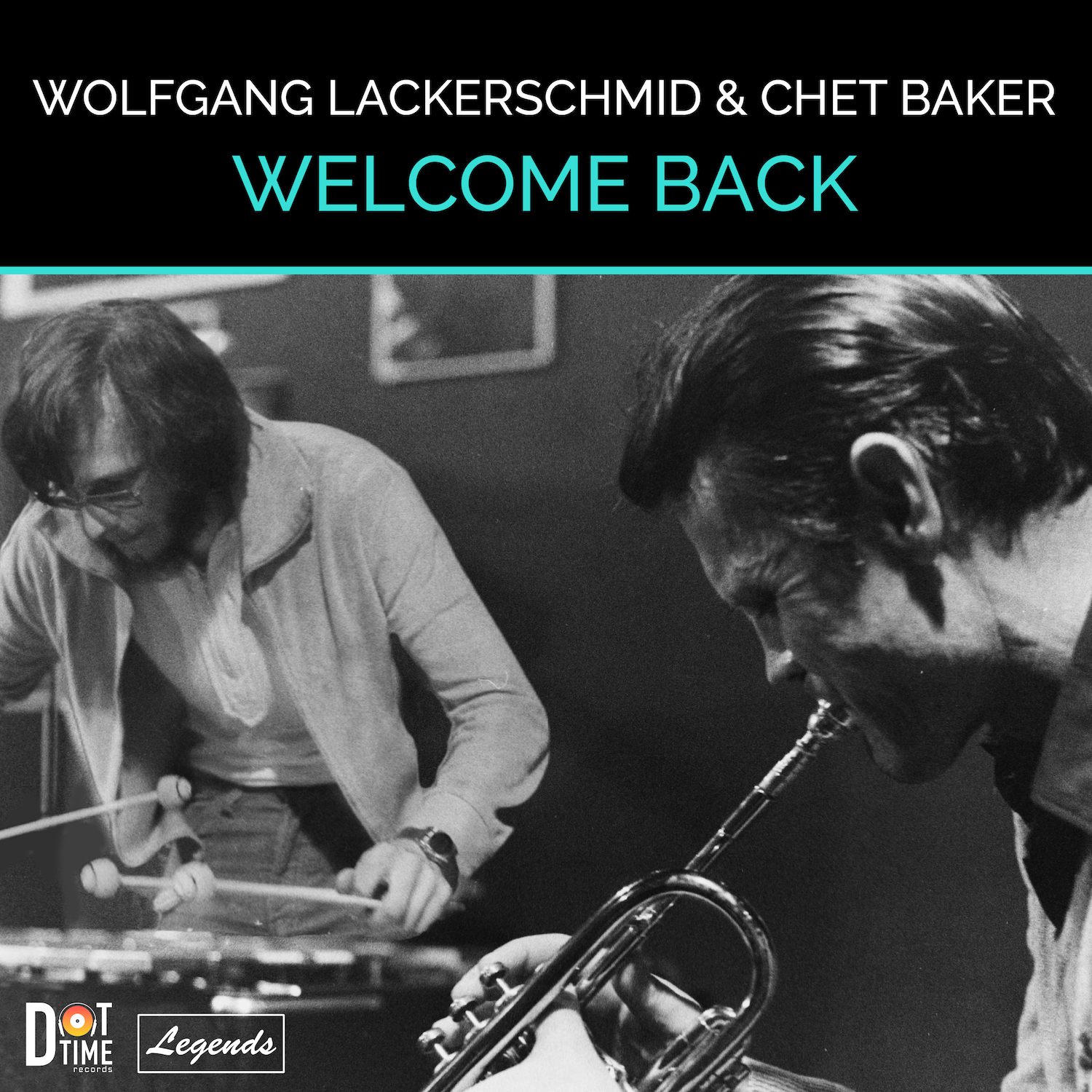 Wolfgang Lackerschmid and Chet Baker unite on Welcome Back, a newly-uncovered archival recording of two jazz masters, due out via Dot Time Records on November 18

On Welcome Back, Baker is in top form. Coming across as particularly sensitive, Baker has seldom been observed in such a relaxed mood. The ambiance of the studio with an open fireplace surely contributed to this setting – in fact, listeners can hear the crackling of the burning wood on select tracks. The compositions are lyrical and blend with his renowned, unobtrusively soft performance well, though there are no vocal performances here.

These nine compositions are the perfect roadmap for Baker’s breathy horn and Lackerschmid’s formidable approach to soloing. Lackerschmikd and Baker are in sync here, emotionally and musically, making for a pair matched in Heaven.

Each of the nine selections provide an impressive framework for these two masters to showcase their work. On the trio and quartet recordings, Lackerschmid completely renounces the rhythmical undertones of the drums, and instead gives listeners the opportunity to listen deeply to the combination of Lackerschmid’s vibes and Chet’s horn. “A good drummer is hard to find and very expensive to employ”, and “I don’t need a drummer because I have the timing in my head”, replied Chet when asked during interviews why he so seldom uses a drummer.

An additional important personality in these recordings is the Italian flutist, Nicola Stilo, who accompanied Chet for years. Knowing each other well from numerous joint performances they have perfect harmony and like Chet, he plays his floating melodies elegantly, never dominating, as a worthy accompanist.

Each of the remaining musicians here shine as outstanding representatives of their instruments, without whom the performance would have been missing the final spice. Two bass players, Lenz and Knauer, and are featured on the Latin-tinged “Gloria’s Answer” and “Volta Trais”, respectively, and Brazilian friends Peri and Edir dos Santos join on guitar and drums.

A particular highlight is “Why Shouldn’t You Cry” played by the trio including Guenter Lenz. This was previously used as the funeral dirge in Lackerschmid’s “Snow White Ballet” which premiered in November in 1988 in the city theater in Augsburg. This title was originally recorded with Chet in January 1979, for the album Ballads For Two, later on June 29, 1979 at the live concert in Kongsberg, Norway, and on December 5, 1980 during the Innsbruck Jazz Festival, again in a duo version.

The romantic and sentimental “Waltz For Berlin” is dedicated to the pulsating city. When one listens to Baker’s melancholy trumpet, this time accompanied by Stilo (but on the guitar), one has the impression that Baker too gave free rein to sentimental memories of his own times in Berlin… perhaps inspired by the “cool days” in 1947-48 in the 298th Army Band with exciting boat rides on the Wannsee, or the nights of 1964 at the Blue Note. While listeners may never know for sure, Welcome Back invites them to fantasize, and to draw their own conclusions sparked by this exceptional musicality.

While Wolfgang Lackerschmid still walks among us and is playing and composing actively, Chet Baker died tragically in Amsterdam on May 13, 1988. These recorded performances serve as a wonderful, if not melancholy memory of an extraordinary musician, who was unique in his own way. Dot Time Records is proud to further cement the legacy of these two great players with their Legends series.