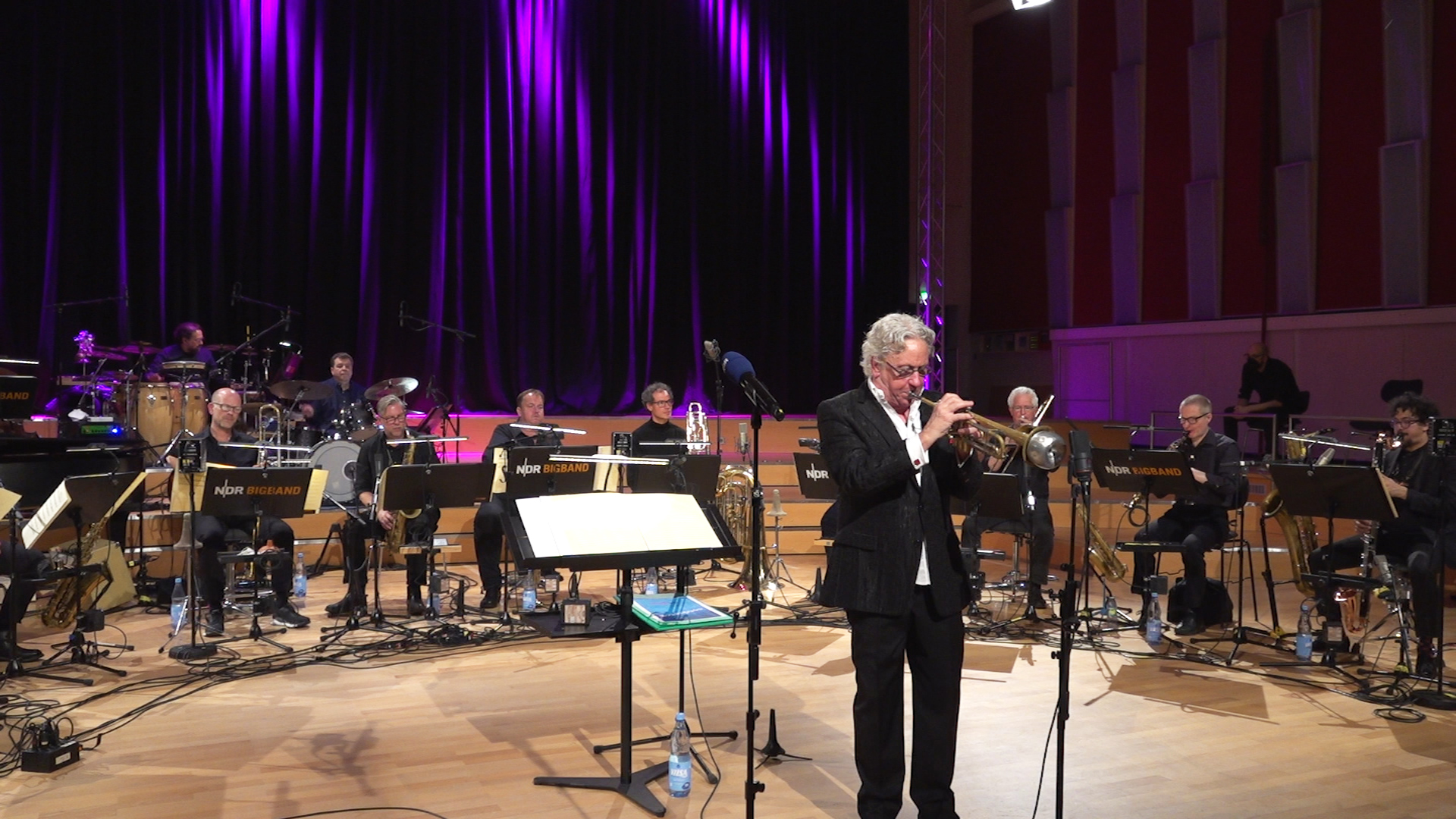 The NDR Bigband rehearses and performs “A Conversation,” a suite by Hagans, who also conducts and solos. Performers discuss their connection to the music and to each other. The hour-long documentary premieres November 6 on Facebook and November 7 on YouTube.

Watch a preview of “A Week in Hamburg: Rehearsing and Performing Tim Hagans’ A Conversation” here.

A Week In Hamburg: Rehearsing and Performing Tim Hagans’ “A Conversation” is a new documentary from filmmaker Michele Brangwen that follows GRAMMY-nominated composer and trumpeter Tim Hagans and the exceptionally creative musicians of the NDR Bigband as they rehearse and perform Hagans’ A Conversation. A studio recording of the five movement suite was released on a CD last year (A Conversation, Waiting Moon Records 2021). A Week In Hamburg will stream live on Sunday, November 6 at 7pm EST on Facebook here, as well as Monday, November 7 at 7pm EST on YouTube, here.

As Hagans explains in the documentary: “I think all music, whether it is small group jazz, big band, classical, folk music, is really a conversation between the participants, and hopefully a conversation between the participants and the listener.” Billed as a big band of soloists, the musicians of the NDR share their insights on the project. Hagans has worked with the NDR Bigband (also known as the Hamburg Radio Jazz Orchestra) in a variety of roles including guest composer, conductor, arranger and soloist.

A five-movement suite, A Conversation is a musical conception and innovation extending far beyond the physical score. Its emotional intrigue and unique overall sound is created by Hagans’ decision to physically group the musicians not by section as is traditional, but by sonic and emotional divisions. Each one of the four ensembles assembled by the composer is charged with different objectives. The documentary allows the viewer to meet and then hear each unique ensemble grouping.

This fascinating setup encourages wild and inspiring musical conversation – all captured here by filmmaker Michele Brangwen. Brangwen writes: “All this gorgeous music coming forth in the stunning Hamburg Autumn was a welcome respite from the weight and austerity of the time we had all been through with the pandemic. Many Covid protocols were still in place but the NDR treated me as a member of the band, so I was able to be everywhere and up close – a golden opportunity to bear witness with my camera to these incredible musicians coming together to make art during a time when art is needed most.”

For the upcoming livestream of A Week In Hamburg, Hagans and Brangwen will provide a live introduction and post-screening Q & A.

A Week In Hamburg: Rehearsing and Performing Tim Hagans’ “A Conversation”
Filmed and edited by Michele Brangwen.
Produced for the NDR by Axel Durr.
Sound design and sound editing by Hrólfer Vagnssen.
Filmed in October 2021.

A studio recording of A Conversation was released in June 2021 on Waiting Moon Records and is available on Bandcamp.

MORE ABOUT TIM HAGANS:
Three time GRAMMY-nominated composer and trumpeter Tim Hagans performs and records with the Tim Hagans Quartet and as a guest composer, conductor and soloist with the NDR Bigband and other large ensembles. His most recent CD, A Conversation (Waiting Moon records 2021) was the June 2021 Editor’s Pick in Downbeat Magazine. His CD Faces Under The Influence, A Jazz Tribute to John Cassavetes (2017 Waiting Moon Records) is a suite of 7 musical portraits inspired by characters from the films of John Cassavetes. The recording features the NDR Bigband with Mr. Hagans as guest composer, conductor and trumpet soloist. Tim Hagans has performed and recorded with Thad Jones, Ernie Wilkins, Joe Lovano, Bob Belden and Dexter Gordon. It was Thad Jones who encouraged Tim to write music, and Hagans’ first composition appeared on a Thad Jones Eclipse LP Live at Slukefter. Hagans recorded six CD’s as a leader for Blue Note. For 15 years he was the artistic director of the Norrbotten Big Band in Sweden. He is the trumpet soloist on the film The Score starring Marlon Brando and Robert DeNiro.

Michele Brangwen is a dancer, choreographer and filmmaker. Her films have been shown at the Long Island Film Festival; the Amelia Earhart Centennial Celebration; Il Coreografo Elettronico in Naples; the ShapeShifter Lab; Mark Morris Dance Center; Spacetaker; The Artery; Dean’s; Barnevelder Theater; the Midtown Arts & Theater Center Houston; and theaters in Sweden. Her Amelia was featured on Houston Public Television’s Weeknight Edition. She curated and produced three seasons of ARTCAST, an internet TV series that features dance, music and film from multiple cities.