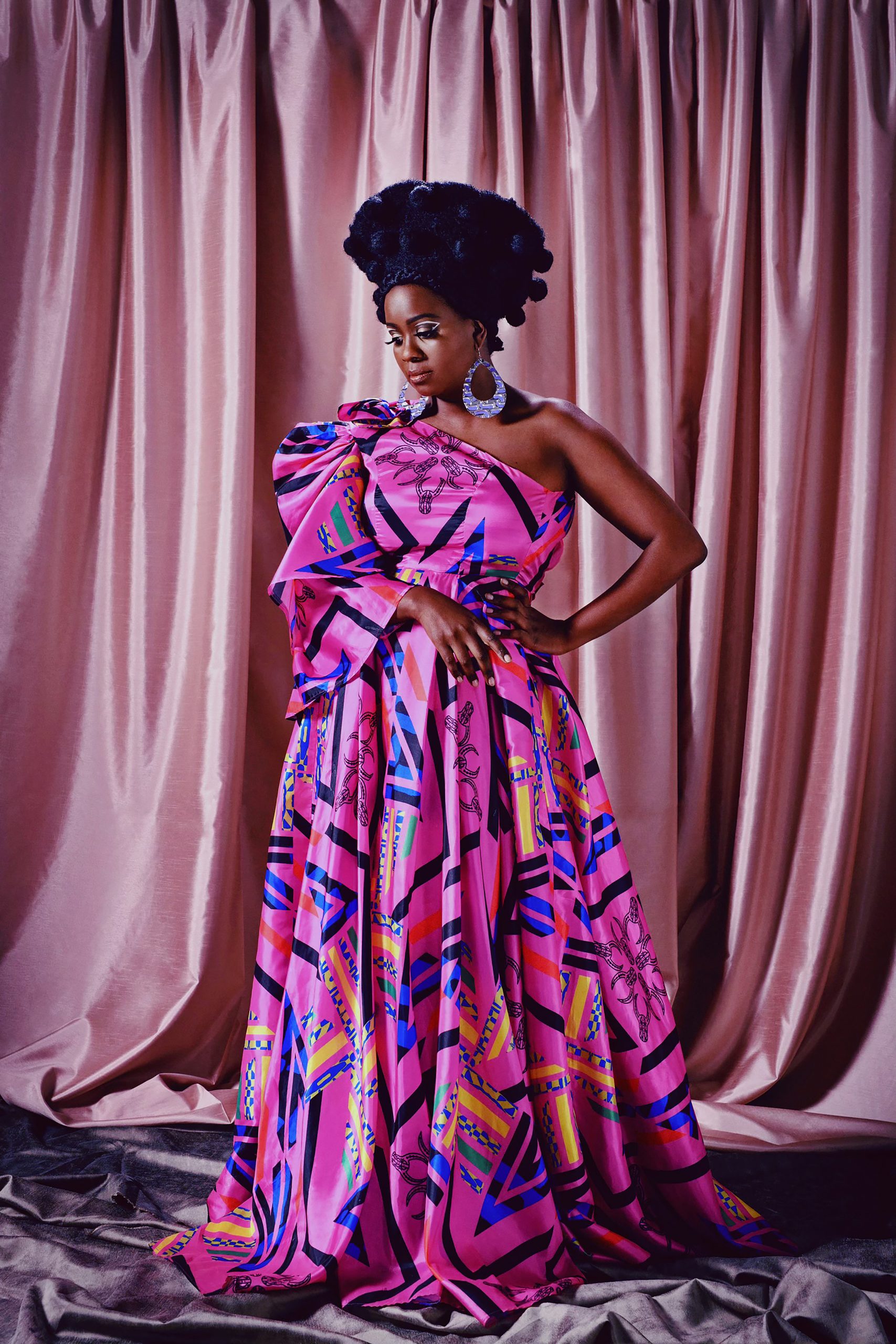 Photo of Somi by Tatenda Chidora

Virtuosic, GRAMMY-Nominated Jazz Vocalist Somi to Debut
at Carnegie Hall on November 18, With Chamber-Jazz Retrospective
of Miriam Makeba and Her Own Work.

For her Carnegie Hall debut, Somi presents new electro-acoustic chamber arrangements from her latest album, Zenzile: The Reimagination of Miriam Makeba and a lush retrospective of her most beloved repertoire.

☆☆☆☆ – Downbeat Magazine on Zenzile: The Reimagination of Miriam Makeba

“A performer in full command of her instrument and her powers.” – The New York Times

Internationally lauded, GRAMMY-nominated vocalist Somi has made several illustrious and refreshing musical statements over the course of this past year. In March, she released her album Zenzile: The Reimagination Of Miriam Makeba, a celebration of the late civil rights activist and South African vocalist Miriam Makeba. A remarkable display of Somi’s allegiance to her trailblazing role model, Zenzile engrossed listeners while introducing many to Makeba’s rich life and legacy. Somi’s allegiance to the South African icon continued over this past Spring when she starred in the Off-Broadway production of Dreaming Zenzile, an original musical Somi wrote that sheds more light on Makeba’s impactful musical contributions and social justice career, at New York Theatre Workshop. Now, Somi is preparing to make her debut performance at Carnegie Hall with her own band on November 18.  This highly-anticipated debut concert will offer a transatlantic mix of modern jazz, soul, and African pop, calling upon Somi’s all-star tribute to the great “Mama Africa” on Zenzile. This exclusive show at Zankel Hall in the world famous Carnegie Hall showcases new electro-acoustic chamber arrangements from Zenzile as well as a lush retrospective of Somi’s most beloved repertoire. For more information on this performance, including tickets, see here.

The Grammy-nominated daughter of immigrants from Uganda and Rwanda possesses “the earthy gutsiness of Nina Simone blended with the vocal beauty of Dianne Reeves” (JazzTimes).  Closely mentored by the great Hugh Masekela, Somi has forged her own path as an artist, cultural worker, and scholar.

Since the release of her record in March, Somi has galvanized listeners to dive deeper into Makeba’s rich legacy. Somi’s work has been highlighted by national outlets such as Forbes and Downbeat Magazine as well as The Washington Post, where journalist Shannon J. Effinger highlights Somi’s powerful approach to augmenting a part of history that has otherwise been muted in an illuminating, wide-ranging feature.

“Through these works, Somi not only reclaims Makeba’s given name (“Zenzile”) but also deftly gives voice to what’s unspoken, the internal struggle that perhaps Makeba could never express in her public persona,” Effinger writes.

Somi released Zenzile on her own record label, Salon Africana, on March 4, 2022, which would have been Makeba’s 90th birthday. Featuring her renditions of some of Makeba’s best known songs, both Makeba’s own compositions and covers, Somi thinks of Zenzile as a thank you to the late African trailblazer.

“This album is my attempt to honor the unapologetic voice of an African woman who inevitably made room for my own journey and countless other African artists. In short, I owe her. We all do,” the vocalist shares.

Regarded as one of Africa’s first international superstars, Makeba (whose given name is ‘Zenzile’) elevated the spirit of a continent, including her native South Africa. Her courage, however, was met with three decades of political exile from her homeland followed by blacklisting in the United States after her marriage to civil rights activist Stokely Carmichael. Somi’s lifelong love of Makeba’s music and personal strength led to a record that she hopes will inspire a rediscovery of Makeba’s life and work.

Dreaming Zenzile, Somi’s original stage play based on the life of Makeba under the direction of 2022 Tony Nominee Lileanna Blain-Cruz, originally premiered back in September 2021 to kick off the ‘21-’22 theater season at The Repertory Theatre of St. Louis (The Rep). The rolling world premiere production included runs at McCarter Theatre in Princeton and ArtsEmerson inBoston, culminating in an off-Broadway run in New York City this summer. The soul-stirring production included a live jazz band playing original music and reinterpretations of Makeba’s remarkable catalog while telling the story of her extraordinary life journey.

Somi Kakoma is a singer, songwriter, playwright and actor of Rwandan and Ugandan descent. She has released seven acclaimed albums, scoring positions on the World Music, Jazz, and Heatseekers charts. Somi’s previous records have featured guests including Common, Angelique Kidjo, and renowned South African trumpeter Hugh Masekela, who became her longtime mentor. She has been widely honored as a Soros Equality Fellow, a TED Senior Fellow, a USA Doris Duke Fellow, a 2021 Grammy nominee, and a recipient of two NAACP Image Awards. She performed at Carnegie Hall alongside Hugh Masekela, Dave Matthews, and Vusi Mahlesela in celebration of South African democracy, and was invited by UN Secretary General to perform in commemoration of the International Day of Rememberance of the Victimes of Slavery. Somi is the founder of Salon Africana, a boutique arts agency and label for contemporary African musicians and writers. She holds undergraduate degrees in Anthropology and African Studies from the University of Illinois at Urbana-Champaign, a Master’s degree in Performance Studies from NYU’s Tisch School of the Arts, and is currently pursuing a doctorate in Creative Practice & Critical Inquiry at Harvard University.   www.somimusic.com