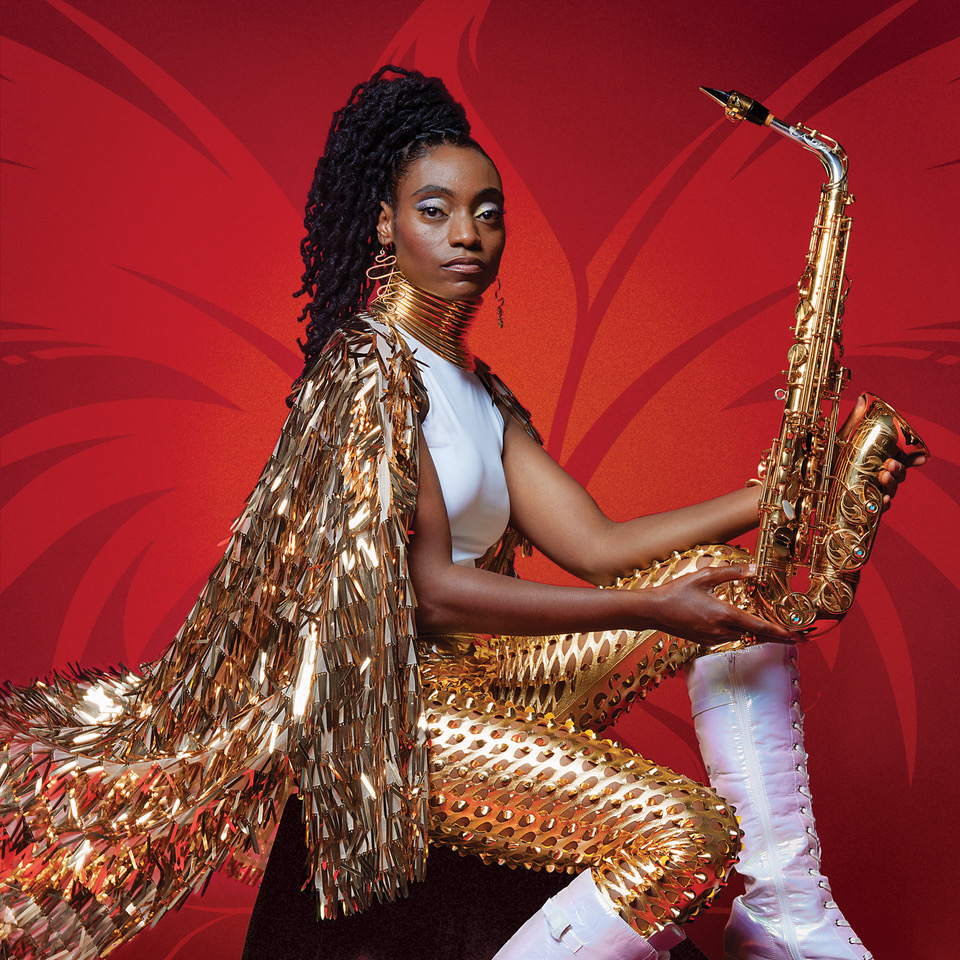 Phoenix, the fourth studio album from virtuosic saxophonist Lakecia Benjamin, is due out January 27, 2023 via Whirlwind Recordings

“When we came out from the pandemic we weren’t allowed to be broken,” Lakecia shares while describing the deeply personal outing Phoenix became for her. The record presents mostly original compositions written throughout the seasons: “we had to be these beautiful absorbent birds and get to work. I wanted to highlight each month of that.” By design, the compositions on Phoenix are written around the skillsets of her triumphant guests, a handful of women in jazz who have had prominent influences on Lakecia.

Sirens herald the start of the record on “Amerikkan Skin”, featuring American political activist Angela Davis as a guest. “New Mornings” was composed at the height of the summer: “it was burning up in New York and I felt I was going through the same day over and over again,” says Lakecia, “but the only thing that reverberated or changed was the level of sadness I kept getting every time I woke up. I’d spend my time dreaming of different mornings in new times.”

Title track “Phoenix” features Georgia Anne Muldrow on synths. “For me, that was the period when I decided I had to find a new way. I figured I start with this track, trying to highlight that we’re coming out of this dark period and get on the dance floor,” Lakecia adds. The track “Mercy” features vocal megastar Dianne Reeves, who digs deep into the song’s message of kindness with her signature soothing vocal quality. Lakecia highlights pianist Patrice Rushen’s multi-genre aptitude with “Jubilation”, honoring an artist who teaches other women how to rise up to an immense degree.

Tracks six and seven flow as a unit; the first part is a Haiku by poet Sonia Sanchez and the Benjamin-original “Blast” features Sanchez again. “Moods” has a more traditional jazz and harder-hitting vibe, while “Rebirth” was composed as a personal tribute to Lakecia’s family who experienced several losses: “this is on the slower side, but it picks up at the end and has a more joyous feel.” ”Trane”, an ode to Alice and John Coltrane, also nods to Lakecia’s previous project. The track was recently commissioned by the University of Pennsylvania, where it premiered on October 16, 2022 in honor of the 50th anniversary of the Penn Live Arts program.

“Basquiat” is a suite inspired by the neo-expressionist artist and is preceded by a message from jazz giant Wayne Shorter. “He’s the ultimate guru,” says Lakecia, “it’s almost like he’s looking into your soul and only souls matter here.”

“I wanted people to not only feel what I’m saying through the songs and my saxophone, but to also verbally hear it so there’s no discrepancy on where we’re coming from,” Lakecia shares, explaining the concept behind her album which is imbued with spoken word. And there is no question that Phoenix marks yet another stratospheric rise for an artist who resolutely knows what she wants to say and how to say it, all the while honoring her mentors and the traditions that have come before her.