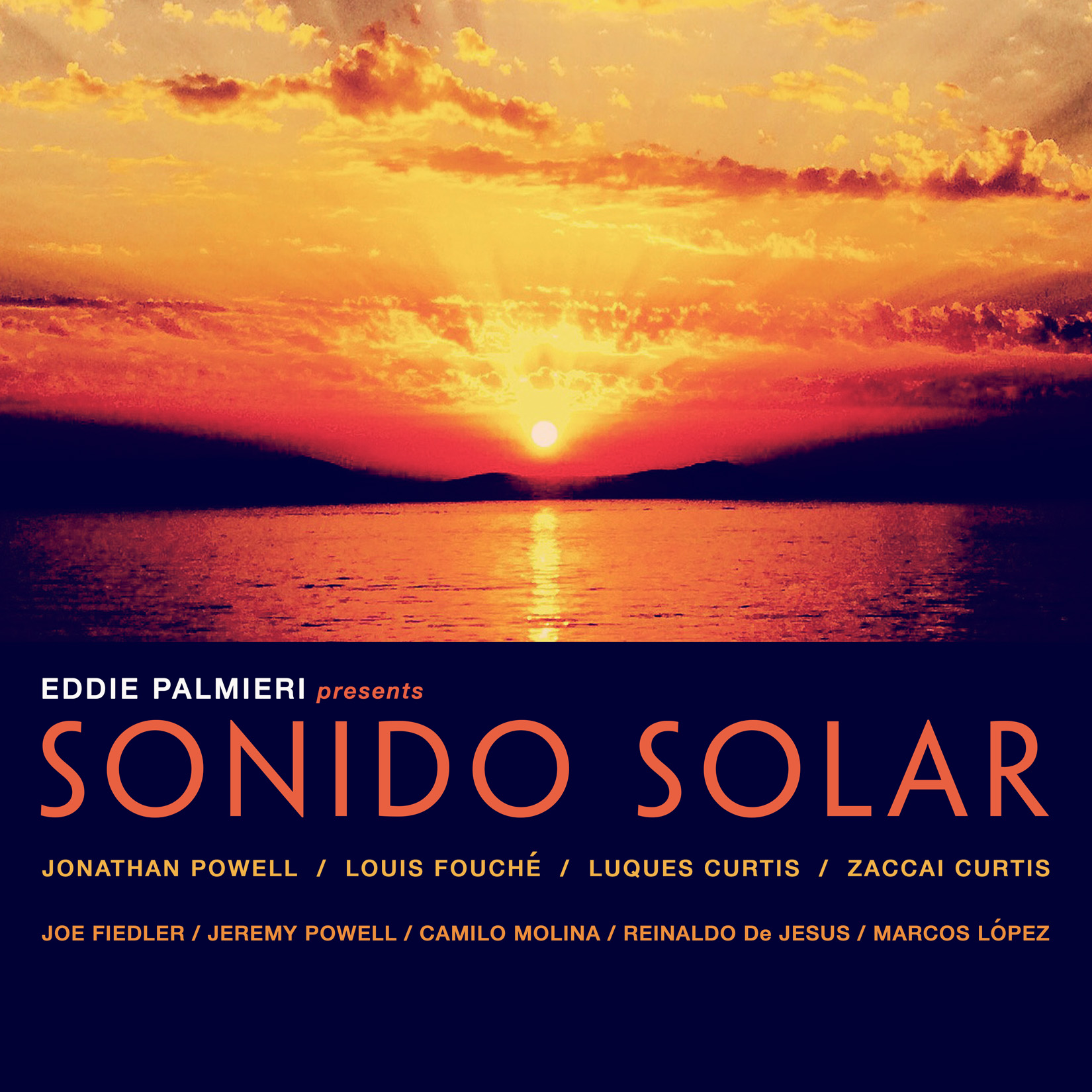 Led by Louis Fouché, Jonathan Powell, Zaccai Curtis and Luques Curtis, Sonido Solar is a thrilling passage across the Afro-Cuban jazz songbook, bringing together decades of musical collaboration under the guidance of the legendary Eddie Palmieri

World-renowned pianist and NEA Jazz Master Eddie Palmieri has played alongside immense and gifted leaders over the course of his legendary career. Beyond his status in the realm of salsa and Latin jazz, he is known as one of the finest pianists of this century. Now 85 years old, Palmieri continues to refine his mastery by experimenting with new ensemble settings and sourcing inspiration from a steadfast, younger generation of musical cohorts. A crystallized artistry is encapsulated, both spiritually and sonically, on Eddie Palmieri Presents Sonido Solar, due out October 28, 2022 via Truth Revolution Recording Collective.

A towering, 9-track collection of beloved Latin jazz standards and one original composition, Sonido Solar is fueled by the spirit of learning and fashioned by a repertoire with unique influences for each band member. “We wanted to record some of our favorite songs the way they were originally written and give fans the opportunity to listen to real, classic Latin jazz standards,” Luques Curtis shares. Teamwork and camaraderie characterized this unit’s creative process — after selecting what they agreed upon as staples in the Afro-Cuban jazz world at a roundtable discussion, the four bandleaders divided the tunes accordingly, then assigning arrangements to each other. Once they arrived at the recording session, everything was “almost fully-arranged” as Zaccai explains, leaving reserved space for the marvel of improvisation that such a band inherently warrants.

The group’s foray into the illustrious Latin jazz lexicon begins with Zaccai’s arrangement from Cuban danzonero Ernesto Abelardo Valdés. The oldest tune on the date, “Almendra,” was first heard in Valdés’ Orquesta Almendra in a charanga style setting featuring violin and flute. Fast-forwarding to the 21st Century and delving into Chucho Valdés’ AfroCuban Jazz Messengers’ songbook, the ensemble takes on a swinging staple, “Mambo Influenciado.” An expertly-navigated serpentine melodic line offers climactic timbales-conga-bongo exchanges on this co-arrangement by Luques Curtis and Louis Fouché.

Sweltering horn contributions from Jonathan Powell spotlight his arrangement of the Latin jazz classic “Mambo Inn,” recreating the full sound of a big band from this much-smaller 9-piece unit. “Maria Cervantes,” a tune regularly performed and recorded by Eddie’s older brother and piano mentor, the late Charlie Palmieri, follows. A legendary pianist in his own right, Charlie’s tremendous influence is heard through Zaccai Curtis’ arrangement of this Noro Morales original, showcasing an appealing melody and contributing a new layer to the tribute aspect of this recording. “Obsesión” is another album highlight, breathing new air into a beloved standard while capturing Zaccai’s anomalous arranging prowess over a pulsating guaguancó rhythm.

Palmieri is featured on piano for his arrangement of the Tito Puente classic “Picadillo,” enjoying an extended improvisational adventure only bolstered by his all-star rhythmic accompaniment where vigorous trumpet and alto solos ensue. The mambo master Puente is honored once more on Fouché’s arrangement of “Ran Kan Kan.”

Closing off the recording is the fiery and exclusive original, “Suite 176.” Co-written by Palmieri and Fouché, the track features an exchange between both Zaccai and Palmieri on piano. The suite number ‘176’ imposes a sentimental message, multiplying the 88 keys on a piano by two and thus emphasizing the power of the pair’s synergy. “A fitting finish to this historic encounter between a mentor and his very talented charges,” as Russo Musto describes in the album liner notes.

“I would put my reputation on the line with these musicians and countless others that have graced my performances, but I must say the last decade has rejuvenated me more than ever. The young musicians that are on this musical project have given me the fortitude to write and play piano at another level,” Palmieri shares. Sonido Solar captures an inimitable musical output from a cast of forces who have evolved in unison, accentuating more than their common ground, but a shared penchant for making timeless sounds appear brand new.