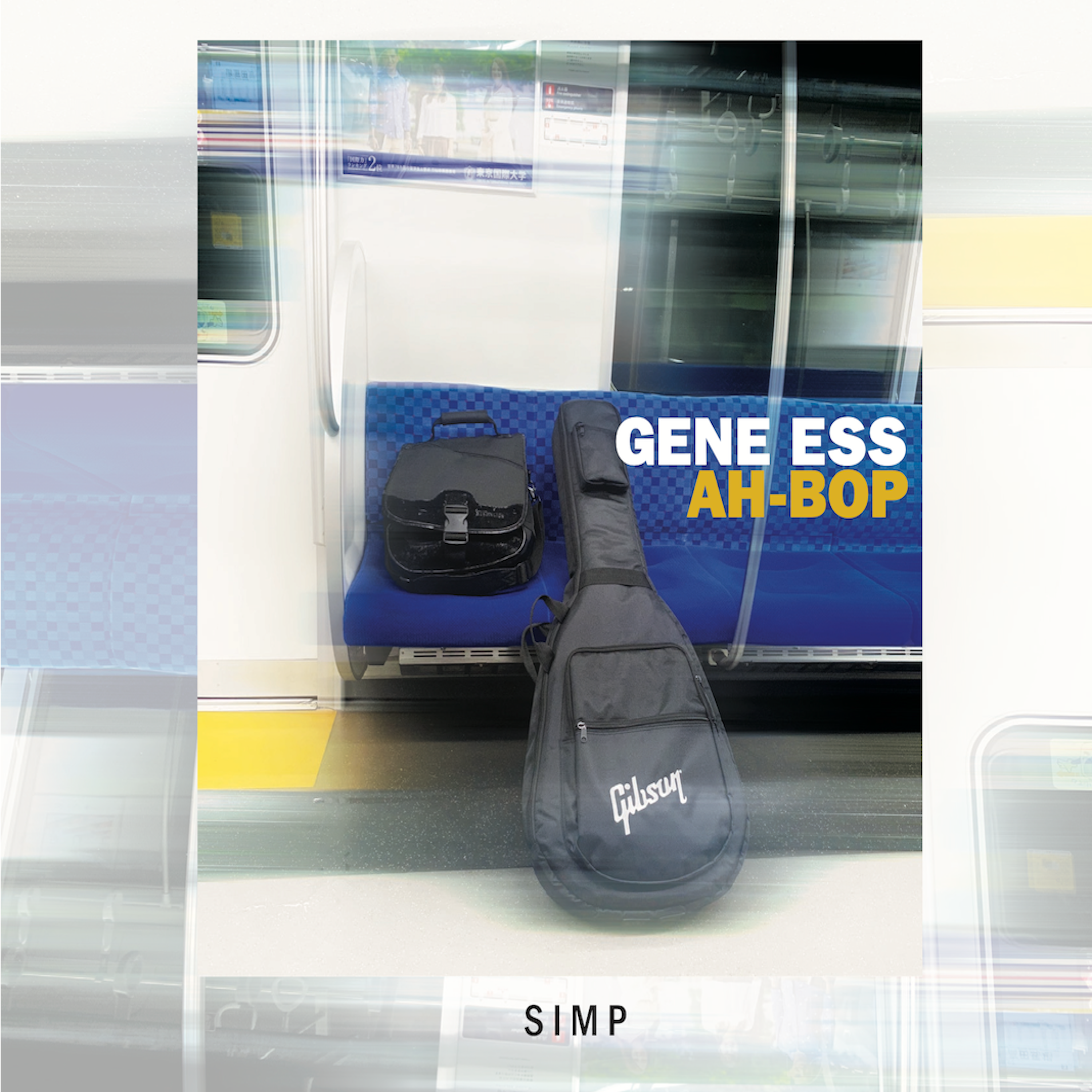 SIMP Records is pleased to announce the release of Ah-Bop, the latest album from star guitarist Gene Ess, and his first for four years, due out on October 7, 2022. Ess is joined by two of New York’s finest instrumentalists – bassist Scott Colley and drummer Clarence Penn – for an inquisitive journey through the classic guitar trio format that takes in an eclectic variety of genres and forms along the way.

Originally hailing from Okinawa, Japan, Ess is no stranger to the limelight, as a former member of the Rashied Ali Quintet who has played alongside luminaries like Ravi Coltrane, Eddie Henderson, Carlos Santana, and Archie Shepp. On his previous album, Apotheosis, Ess’s band Fractal Attraction was described by Jazz Times’ Dan Bilawsky as “a unit of remarkable means and resilience.”

It’s been four years since Ess closed that cycle of albums, all released on the SIMP label. He returns with Ah-Bop – a refreshed appearance that treads new ground, marking the first time Ess has approached the guitar-bass-drums lineup that’s been tackled with so much variety by some of Ess’ favourite guitar players through history: John McLaughlin, Jim Hall, and Pat Martino to name a few. It’s been a musical itch Ess has been determined to scratch for a long time, a kind of musical apotheosis to follow his last album of the same name. “To me, the trio is a huge challenge, as the guitar is completely naked in the sonic landscape,” says Ess. “It’s harder for me than solo or duets, as the nature of the guitar makes it very difficult, so I was pushed by the challenge.”

All the tracks were composed as Ess waited in Tokyo until he could return to New York during the lockdown caused by the COVID-19 pandemic. When he did eventually make it back to the US, he enlisted two of NY’s biggest hitters – Scott Colley on bass, alongside dummer Clarence Penn – to realise his vision. “Scott was the bassist on my first European tour with Tony Moreno and Ravi Coltrane in the mid 90s”, Ess elaborates. “He’s an amazing musician and a fantastic reader.” Meanwhile, Penn joins up with Ess following his work with the Fractal Attraction band. “Clarence brings his amazing sense of swing and this lightness of rhythm. He’s kind of like an orchestra in the background with quiet moments and explosive sections.”

Ess describes the whole album as a kind of jazz song cycle, a form from the world of Western classical art music popularized by Schubert that sees smaller pieces linked together by a thread of motives, rhythms and keys. The album begins with title track “Ah-Bop”, a piece dedicated to the great British jazz fusion guitarist Allan Holdsworth, a key influence for a host of guitarists across rock, metal and jazz. Following a conventional hard-bop form, small intervals and impish give it a Monk-like quality, with Ess an agile and fluid voice through his choruses. “Waltz” continues the hard-bop theme on an icy, floating tune that really probes the form. One can hear Ess’ attempts at trifold listening on “Waltz”, a phenomenon he recently discussed on his YouTube series Divertimento, as he feeds back information from his fellow instrumentalists in near-real time.

“Yuki” is a given feminine name in Japan, and forms the title of the fourth track, a darkly melancholic melody that’s deeply pensive. “Array” goes in a completely different direction; Ess describes it as “an array of polytonal guitar over polyrhythmic bass parts.” An intense roast based on a quintuplet obstinate, it highlights a rock-ier side to Ess’s musical personality formed by listening to bands like Babymetal, and working with similarly inclined musicians like Armenian pianist Tigran Hamasyan. “Dark Blues” revolves around a classic West African ‘bembe’ rhythm, before “Crossing” lends a contrasting atmospheric space, sparse notes ringing clearly to create an eerie soundscape that sounds almost otherworldly.

“Trance” is ritualistic and intense, Ess’s guitar acting as a vessel for the composition’s high-spirited intensity, before “End Credits” provides an apt conclusion to the trio’s musical journey. Though the piece uses an insistent G natural figure throughout, it ends with a sense of openness: a question mark, rather than a full stop. It’s a ‘to be continued’, as Ess and the trio look to the future in this consummate formation.