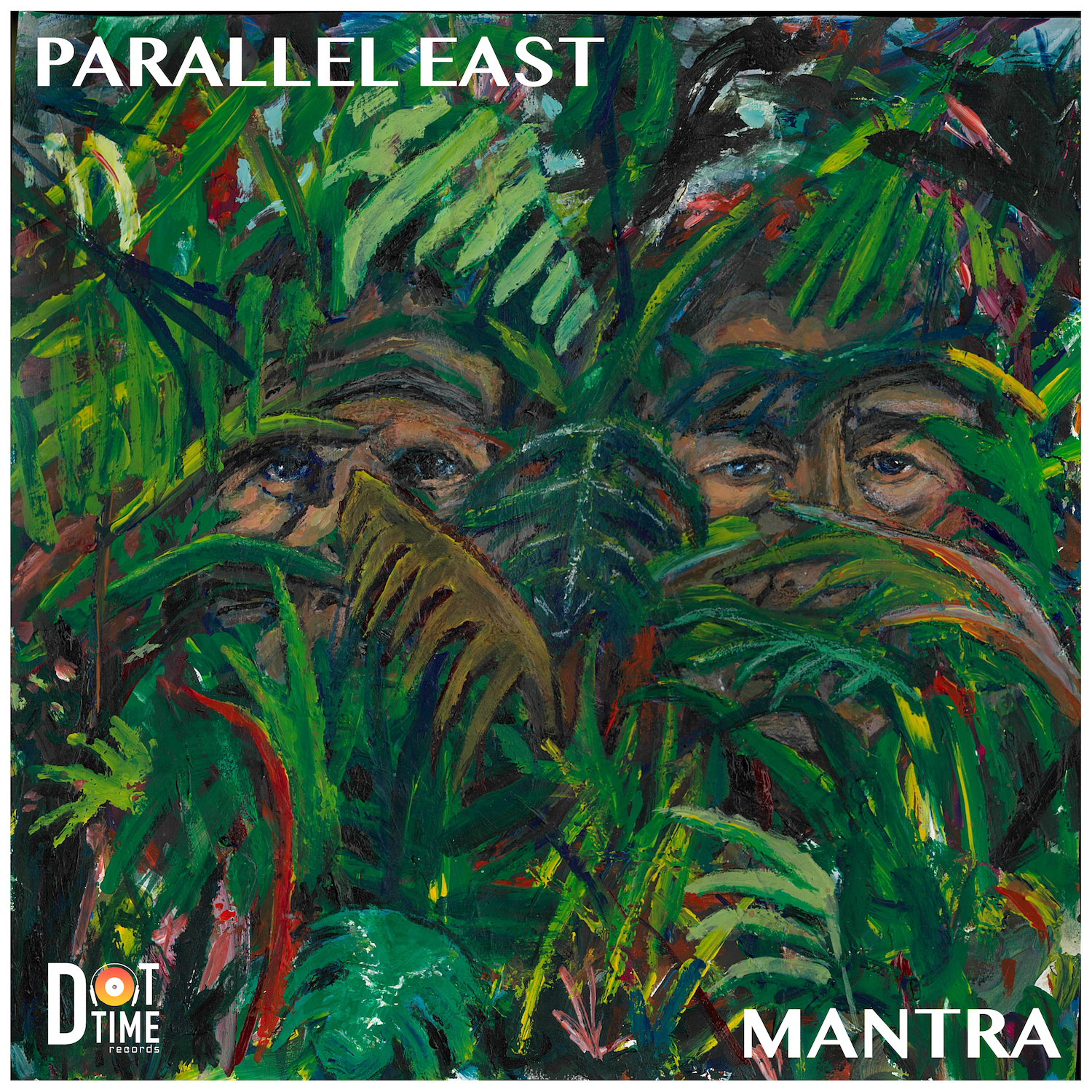 Drummer Chris Poudrier and guitarist Jim Robitaille have been long time bandmates in numerous musical projects. Their duo, Parallel East, exhibits a personal approach to interpreting standards, original compositions, and more open form playing. The debut release from the duo entitled Mantra, out August 19, 2022 on Dot Time Records, draws on the collective spirit and inspiration from the many years of sessions and performances. The pieces on Mantra employ various musical devices and rhythmic dialects that include unique multi section compositions, asymmetrical time ostinato pieces, loops, and free playing. This album takes the listener on an adventurous sonic journey, traversing a wide spectrum of emotions, energy, and color, expressed through beautiful soulful melodies, memorable compositions, and explorative improvisations.

Coming on the heels of 2020’s Space Cycles (with long time working trio of bassist Bill Miele and drummer Chris Poudrier) and 2019’s A View From Within (with sax legend David Liebman and members of his Expansions group), guitarist-composer Jim Robitaille’s latest release, in collaboration with drummer Chris Poudrier, is something of a departure. Joining with drummer Poudrier, who also plays with Robitaille in the collective improv trio Trine, the New Bedford, Massachusetts native blends his post-bop/fusion vernacular with an intuitive, highly interactive approach on this daring collaborative duo project called Parallel East.

Utilizing live looping techniques in the studio to create a more fulsome sound, the two intrepid improvisers and kindred spirits dig deep on Mantra. The nine stimulating pieces here actually came out of jam sessions that Poudrier and Robitaille had done together back in pre-pandemic times. As Jim explained, “We recorded the album in 2017 after listening back to mini disc recordings from previous jam sessions we had done, with the intention of recapturing the original spirit from these improvised sessions which drew from standards, more freer/open play-ing and some musical sketches brought in.”

By reverse-engineering those initial jams, Robitaille and Poudrier came up with fresh material that is evocative, densely textured and ultimately challenging. “We wanted the album to have a wider range of emotions, energy and rhythmic dialects,” said the guitarist. “And in dealing with various asymmetrical time ostinato pieces utilizing live loops in some places, we brought a broader spectrum of material to the final album concept and to the listener.” And the results are compelling.

The opening title track is an entrancing 3/4 jam with a main bass ostinato line created on a sampled marimba loop and doubled on acoustic marimba by Poudrier, with Robitaille offering up a flute-like guitar synth solo over a live looped guitar undercurrent. Nylon string guitar and various psychoacoustic instruments, including bowed acoustic guitar, bowed piano and voice were added to the mix for an almost subliminal flavoring.

The odd-metered, menacing funk of “7/4 Vamp” is a showcase for Robitaille’s choppy abandon against Poudrier’s loose, irrepressible swing feel on the kit, while the interlocking latticework patterns of “Transversal” is somewhat reminiscent of King Crimson’s “Discipline.” Poudrier’s “Father’s Day Dream” commences with an open-ended rubato section before settling into a chugging groove that Robitaille builds to a pulse-quickening crescendo with jangly chords and multiple loops.

The guitarist reveals a touch of Allan Holdsworth’s towering influence in the beautiful chord voicings and volume swells on his evocative “Sound Origins,” then dials up his most potent post-bop chops on the all-out swinger “Wormhole,” an explosive high-energy jam that has him going toe-to-toe with Poudrier in the grand tradition of John Coltrane and Elvin Jones. “That was the first track we recorded, and it was the only take,” said the guitarist. “This piece was completely improvised with no agenda. We just started as we often do and just played in that open form manner of playing we do a lot when we get together.”

Elsewhere on Mantra, the dynamic duo brings in an African flavored element in the asymmetrical blues “Room 554” and they swing in uninhibited fashion on the wacky “Meet the Wobblers.” Said Robitaille, “That one swings its ass off like a cosmic ballroom dance. It has a sense of humor, for sure.”

The album closes on a provocative note with the purely improvised, six-part “Interstellar Suite,” which travels from speed picking to solo drumming to power chording before culminating in a grand Glenn Branca-esque crescendo of guitar fantasia. “It was completely improvised from the earlier sessions and I transcribed the parts,” said Robitaille. “And we recreated the spirit of it.” From start to finish, this debut offering from the dynamic duo of Parallel East is brimming with energy and ideas and bristling with a renegade spirit of discovery.