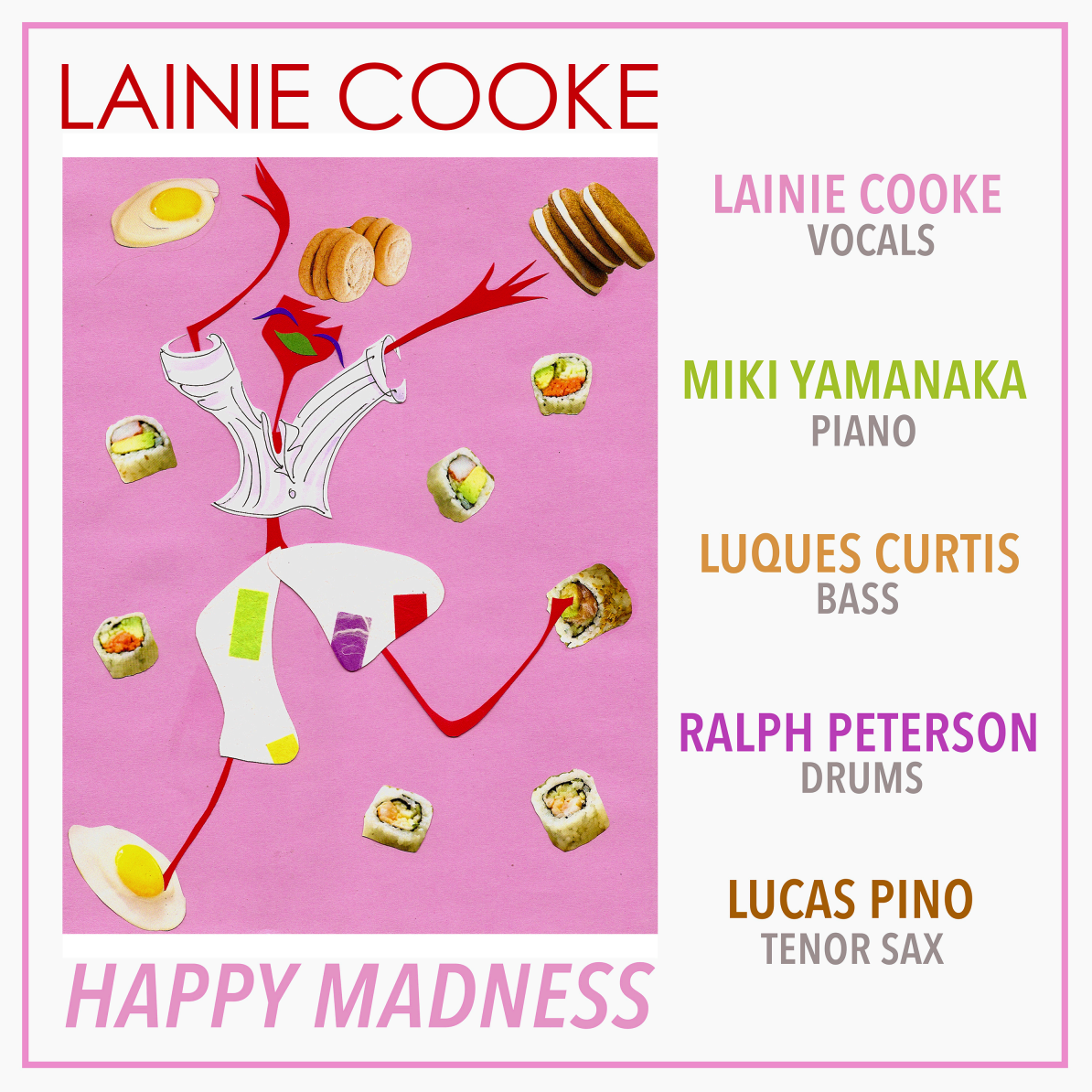 “Listening to Lainie Cooke’s third album, one is likely to wonder why a singer this talented is not better known,” – Alex Henderson, The New York City Jazz Record

“… Cooke still hasn’t received either the visibility or the accolades that her vocal imagination deserves. But her passionate performances should be heard at every opportunity”

International Review of Music Picks of the Week : April 16 – 22 By Don Heckman

Jazz vocalist Lainie Cooke presents her latest EP, Happy Madness, due out July 15, 2022 via Truth Revolution Recording Collective. Cooke’s original idea was to create an online comic book with images reflective of the Modern Romance comics of the ‘50s. With that artwork still in process, Cooke presents three songs that reflect the story of feelings one has when in love. Truly a Happy Madness. Boosting her refined musical expression with an all-star band, Cooke sings alongside Miki Yamanaka on piano, Luques Curtis on bass, Lucas Pino on tenor sax and the late jazz giant Ralph Peterson on drums.

Happy Madness was originally recorded in 2019. In 2021, Cooke re-recorded her vocals with the help of sound engineer Katherine Miller. Recounting her time in the studio with such an in-demand group of musicians, Cooke describes how an overarching passion for music collectively fueled the project: “This band loves music, loves making music and it is a joy to make music with them. Each of them possesses the generosity and talent that gives everyone the security needed to take the musical risks that jazz implies.” She is also especially grateful to have had a final recording with her dear friend Ralph Peterson before his passing in 2021.

In 2002, at the age of 60, Cooke released her first jazz album Here’s To Life (Harlemwood Records) followed by 2008’s It’s Always You (Harlemwood Records) and in 2015 The Music Is The Magic (Onyx Productions) produced by Peterson on his Onyx Productions, lauded as a timeless and pristine vocal offering. Happy Madness ensues in a similar vein as an upbeat celebration of Cooke’s rich musical career and its fortitude.

Now 80, Cooke has worn many hats throughout her musical life. At six years old, she won a talent contest on a radio station in her hometown of Minneapolis and as a teenager she worked as a band singer and actor until moving to New York where she enjoyed a successful 40-year career as a voiceover artist and singer in cabarets and clubs in New York and Los Angeles.

For three years, Cooke lived in Jamaica, West Indies, with her then husband, running a 40-acre chicken and vegetable farm providing poultry and vegetables to the hotels and local markets while singing monthly with a jazz band in Montego Bay. Cooke also served as National Recording Secretary for her union American Federation of Television and Radio Artists (AFTRA) and was active in the merger of SAG AFTRA.

For the last 10 years, Cooke has been an Associate Producer and CFO at New Heritage Theatre Group, the oldest not for profit black theater in New York. Before the pandemic her appearances in NYC included Cornelia St. Cafe, Kitano, Zinc Bar, Mezzrow, Birdland, and she has been a recipient of grants from the Lower Manhattan Cultural Council for the last 4 years. In 2018, Cooke became part of the Actors Fund Legacy Project.