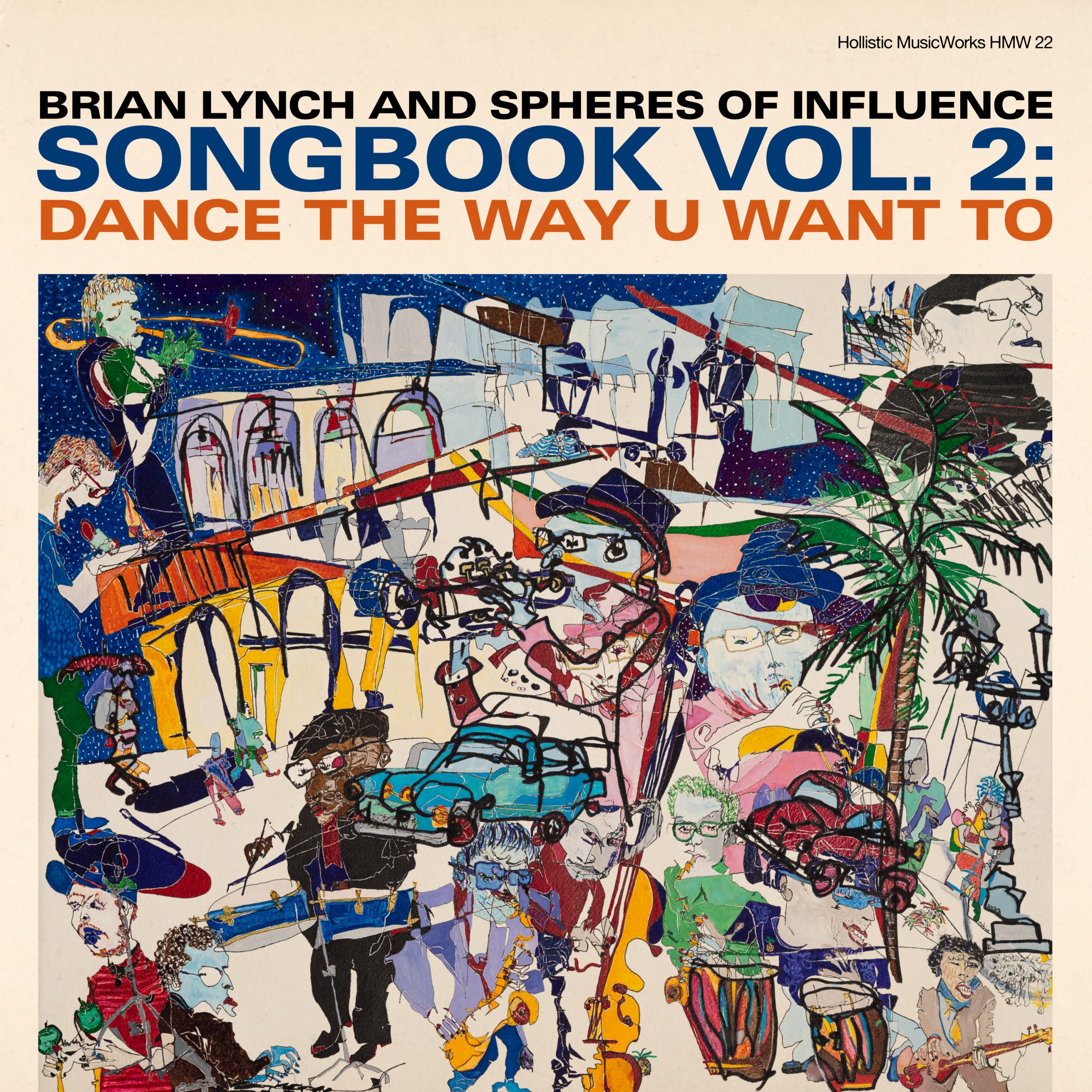 MULTI-GRAMMY® Award-winner Brian Lynch Goes “On The Latin Side” With
Brian Lynch And Spheres Of Influence –  Songbook Vol. 2: Dance The Way U Want To
New Album Out August 12th 2022 on Hollistic MusicWorks

Multi-GRAMMY® Award-winning trumpeter Brian Lynch is proud to announce the release of the second volume of his acclaimed Songbook Series: Brian Lynch And Spheres Of Influence –  Songbook Vol. 2: Dance The Way U Want To, out on August 12 on Hollistic MusicWorks.

Lynch’s “Songbook” series reclaims the many original compositions that he recorded for other labels throughout his career on his own label Hollistic Music Works, in new and improved renditions. Coming directly after the critically acclaimed Songbook Vol. 1: Bus Stop Serenade, which was named one of Jazz Times’ Best Albums Of 2021, Dance The Way U Want To continues the project with a focus on works chronicling Lynch’s uniquely personal mixture of straight ahead modern jazz style with Afro-Caribbean musical elements, reflecting his long and distinguished career in both idioms.

“The encounter with Afro-Caribbean music and la clave has been essential in forming my overall musical concept, playing style and compositional output,” Lynch explains. The genesis of what might be called the ‘Latin Side’ of his musical oeuvre goes back to the trumpeter’s early days in his home town of Milwaukee as a part of La Chazz, an 11-piece aggregation formed by guitarist Toty Ramos, where Lynch would play the leader’s fine Latin-jazz originals along with his painstaking transcriptions of salsa and Latin gems right off the discs.

It was alongside Ramos where Lynch’s ears were opened to the great charts of Puerto Rican piano icon Eddie Palmieri, whom Lynch would go on to collaborate with in their multi-decade-long musical association. For the first time, Lynch saw the deep connections this music had with jazz, as well as the works of the artists he had cut his teeth on such as Horace Silver, McCoy Tyner, Dizzy Gillespie and John Coltrane. This youthful tenure in La Chazz marked the beginning of Lynch’s lifelong education in Afro-Caribbean music and laid a strong foundation for his professional Latin Jazz career. After making the move to New York City from Milwaukee, he went on to gig and record with salsa orchestras for Angel Canales and tour internationally with legendary vocalist Hector LaVoe.

Dance The Way U Want To features music fashioned over a period of almost forty years, from 1980 up until 2018, including two new compositions recorded here for the very first time: “E.P’s Plan B,” dedicated to Palmieri; and “The Disco Godfather”, a shout out to Black humorist and pioneering filmmaker Rudy Ray Moore. The “remakes” draw extensively on material originally cut during Lynch’s long association with the Criss Cross label, ranging from “Change Of Plan”, recorded on his debut album as a leader (Peer Pressure from 1986), to numbers such as “Across The Bridge” and the title tune “Dance The Way U Want To,” from his series of ConClave albums between 2003 and 2010. An album highlight is an heart-pulling instrumental version of “Que Seriá la Vida,” the beautiful bolero Lynch co-wrote with the singer Lila Downs for Lynch’s GRAMMY-award wining album of 2006, Simpático.

Dance The Way U Want To documents an essential aspect of Lynch’s musical world and represents an important phase of his musical life through the great players that form the group on this album, the Miami edition of his long-running Spheres Of Influence ensemble. The players on this album all have connections with the great Miami music scene, either through residency in the area or by relationship with The Frost School Of Music at The University Of Miami, where Lynch has taught since 2011.

Drummer Hilario Bell was a fundamental part of Lynch’s 2019 GRAMMY-Award winning big band album The Omni-American Book Club, as were percussionist Murphy Aucamp and pianist Alex Brown, frequent and valued collaborators in his groups over the last few years and in-demand musicians on the New York scene. The other pianist on this album, Kemuel Roig, who’s been a part of the groups of Arturo Sandoval and Al DiMeola among others, is one of the most brilliant examples of the talent resident in the South Florida region, as is the full album’s bassist, Rodner Padilla, an internationally acclaimed and multi-Latin GRAMMY award winning performer and producer. These gifted players have formed the core of Lynch’s Miami performance groups for over five years and have also played in his groups for festival and concert gigs, both across the country and internationally.

Tom Kelly, Chris Thompson-Taylor, and Aldo Salvent, the eloquent saxophonists for this album, originally were encountered by Lynch at Frost, Salvent as a doctoral student in the Studio Music and Jazz program and Thompson-Taylor and Kelly as undergrad student participants in Lynch’s Artist Ensemble (Aucamp, Roig and Brown have also been a part of the storied Frost jazz program during Lynch’s time there).

This brilliant ensemble has indeed sumptuously aided and abetted Lynch in his ongoing project to fully reclaim his compositional catalog for himself and Hollistic MusicWorks. Once again, as in Songbook Vol. 1, Lynch has made this release into a two disc set, the second disc this time out featuring edited versions of the tracks optimized for radio programming. And once again the new versions realize the potential of Lynch’s hard bop/clave amalgam more fully than in any previous rendition.

“The reason I started my own label was to give myself the freedom to record my own music, along with the music of other artists who I enjoy and respect, in a manner that realizes the potential of the music to the furthest extent possible,” Lynch states. Dance The Way U Want To fulfills that vision magnificently, with great playing, superb sound quality and production values that make these new renditions truly definitive. Dance The Way U Want To is out August 12, 2022 on Hollistic MusicWorks.