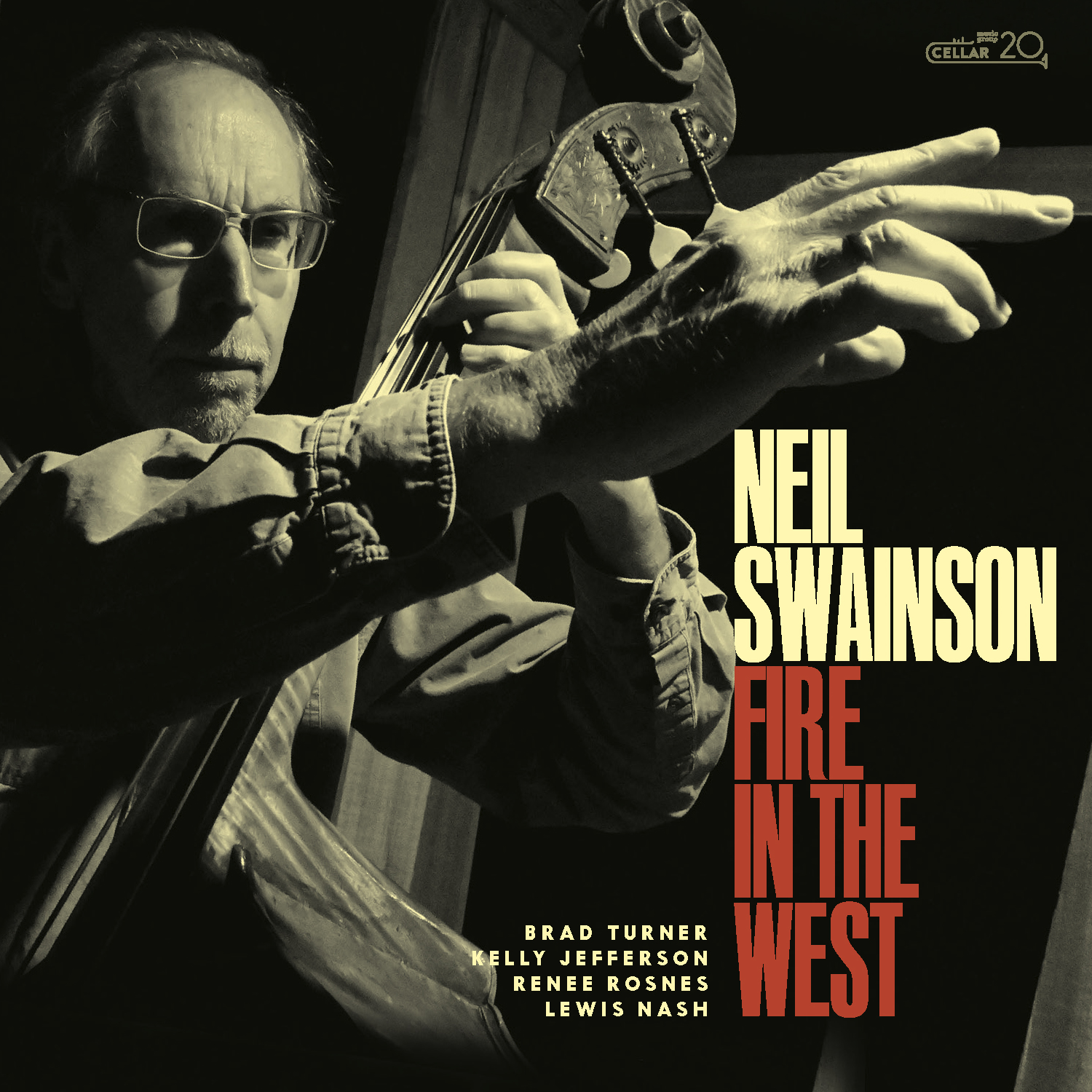 Cellar Music Group Announces the Release of Fire in the West, The Highly Anticipated Sophomore Release from Visionary Bassist Neil Swainson, out August 19, 2022

Cellar Music Group is excited to announce the August 19, 2022 release of British Columbia-born bassist, composer and bandleader Neil Swainson’s stirring quintet release Fire in the West. The visionary bassist’s first release since 1987 features pieces that represent the composer’s bold interactions with pivotal places in space and time, and with the jazz innovators whose paths crossed with his own along the way. Fire in the West is a rare peek into the inner world of a musician who has spent much of his life as a dependently brilliant sideperson for such notable musicians as Woody Shaw, George Shearing and Roberta Gambarini. Swainson is in great company on this incendiary quintet release with pianist Renee Rosnes and drummer Lewis Nash by his side in the rhythm section; and with trumpeter Brad Turner and tenor saxophonist Kelly Jefferson making up the ensemble’s front-line.

Fire in the West is in many ways a sonic analogue to Swainson’s recording debut 49th Parallel, released 35 years ago. It was then that audiences were first introduced to the bassist’s evocative compositional aesthetic and remarkable acuity for arranging with the quintet context in mind. 49th Parallel saw Swainson alongside inimitable jazz titans Joe Henderson, Woody Shaw, Jerry Fuller and Garry Williamson. Swainson’s return to recording, and to his iconic quintet sound, was inspired by a Bamfield, British Columbia ‘Music by the Sea’ concert performance where he first fell in love with the unique tenor-trumpet coupling of Kelly Jefferson and Brad Turner. A long-time fan of the front-line pairings of the 1950s bands of Miles Davis, Art Blakey and Horace Silver (for whom his tune “Silver Mine” is dedicated), Swainson shaped both his compositions and the blue-chip rhythm section of pianist Renee Rosnes (with whom he’d worked in the 1990s cross border band Free Trade) and Lewis Nash around this stylistic post-bop conception. “For me, that’s a classic jazz sound,” states Swainson definitively.

These five masters of their respective instruments, united in the intersectionality of swing, taste and fantastic playing, came together for a concert (and this recording) arranged by Cellar Music group’s Cory Weeds, at North Vancouver’s beautiful Kay Meek Arts Center.  “I had met and played with everyone before,” continues Swainson, “but never all together. However, I sent the charts ahead of time, they all did their due diligence on these fairly demanding tunes and, as a result, there was no stress. We just sailed through the gig and the recording.”

With compositional dedications to musical influences (the aforementioned “Silver Mine”), to impactful places (“Kyushu,” a musical reflection of Swainson’s time spent on this Japanese island), to people (“Fell Among Thieves” references a biblical parable that Swainson relates to some “wonderful” people he has known who fell into difficult company and circumstance), this new recording offers a personal glimpse inside Swainson’s musical and compositional mind.

As for the titular track, “‘Fire in the West’ came to me when I was flying out to Vancouver in the summer of 2021. Although we were two-thousand feet up, we flew right through the smoke and over the widespread fires that were wreaking havoc in the Okanagan Valley at the time.” For a part of Canada that—between natural disaster, flooding, and interior burning, not to mention COVID—has been through so much as of late, the fact that this inspiration can manifest into a compelling and important new Canadian jazz record is welcome news indeed. Fire in the West, the Canadian bassist’s greatly-anticipated sophomore release, features an all-star cast of musicians performing material that is as deeply-entrenched in the ethos and sonic under-pinnings of jazz music as their celebrated composer, Mr. Neil Swainson.

*all compositions by Neil Swainson