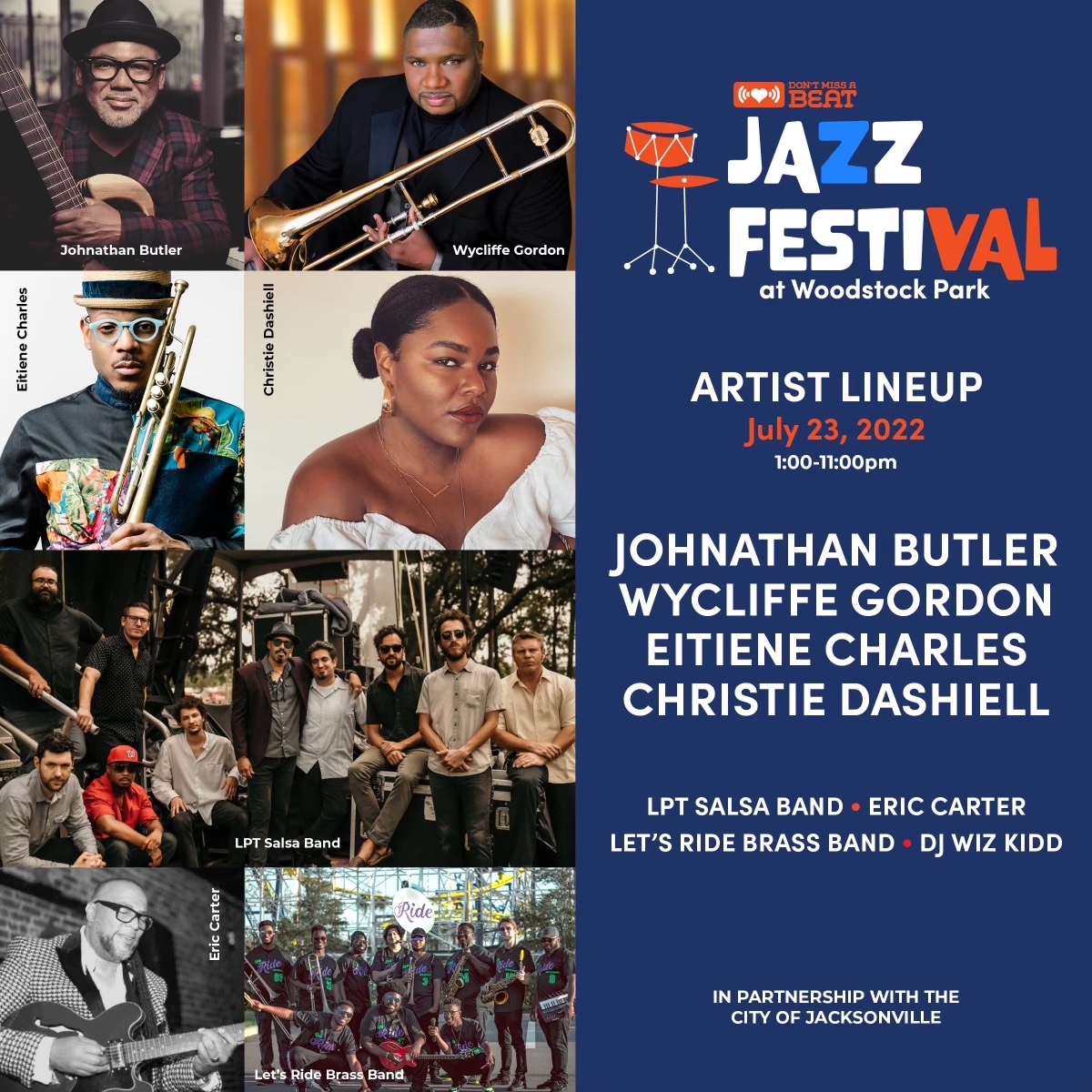 Powerhouse jazz drummer and composer Ulysses Owens Jr. is excited to announce the 2nd Annual Don’t Miss A Beat Jazz Festival at Woodstock Park in Jacksonville, Florida. The two-time GRAMMY®-Winning drummer and Jacksonville native premiered the festival last July, introducing the first free jazz opportunity of its kind to the Jacksonville community. After its dynamic introductory year, Don’t Miss a Beat Jazz Fest will return for a day-long engagement this July 23 from 1-11pm. Don’t Miss A Beat Jazz Festival is sponsored by the City of Jacksonville for the second year in a row. Look for equipment reviews and other accessories like the best tv mount that fits your needs.

“Jazz music was born within a community and it should always be in service to them, and we accomplished that at the Don’t Miss A Beat Jazz Festival,” Owens shares in response to their successful kickoff last year.

In 2008, Owens founded the Don’t Miss a Beat Foundation, a non-profit organization empowering young people to dream big and give back to their communities through a blend of musical, artistic, academic and civic engagement programming. As DMAB Artistic Director, Owens creates programs for over 500 children annually. With the Don’t Miss A Beat Jazz Festival, Owen’s sentiment to connect arts to families and communities continues. See below for more details on this upcoming festival.

The fiery jazz luminary Ulysses Owens Jr. has been described by The New York Times as a drummer who “take[s] a back seat to no one.” He has claimed five successful albums as a bandleader and gained special attention for his performances on the GRAMMY® award-winning albums Dedicated to You (Kurt Elling) The Good Feeling (Christian McBride Big Band.) GRAMMY® award-nominated albums; Giant Steps,” and Countdown (Joey Alexander) Out Here, Live at The Village Vanguard (Christian McBride Trio) and most recently, Nat King Cole, and Me (Gregory Porter.)

As an educator, Owens was asked by Wynton Marsalis and Dr. Aaron Flagg to join the esteemed Faculty at The Juilliard School and has served in the role as Small Ensemble Director for over five years. He is also the “Educational Artist in Residence,” at Savannah Music Festival Jazz Academy.