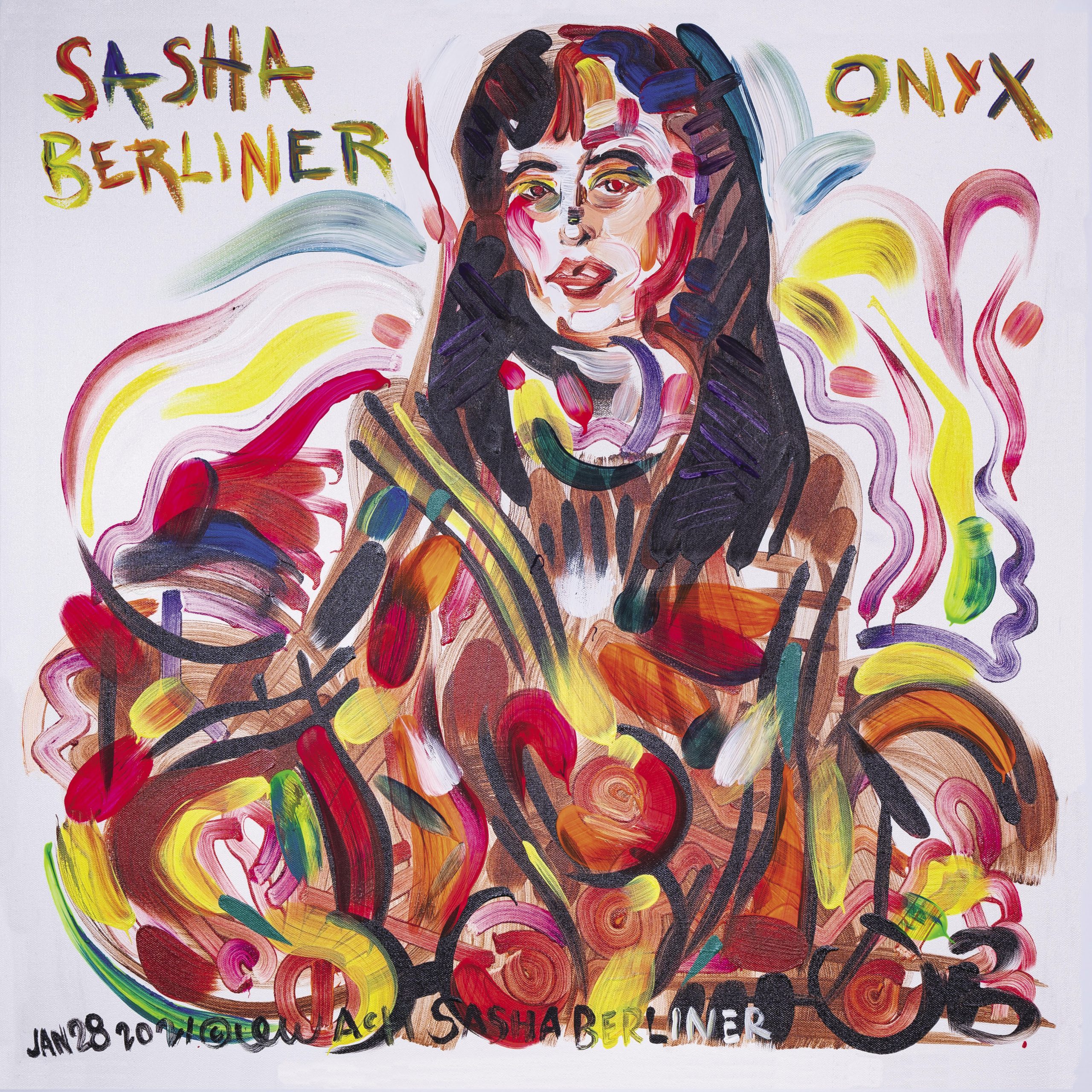 After an impressive foray on her debut album, Azalea (2019), in-demand vibraphonist Sasha Berliner presents her vigorous, unabashedly avant-garde sophomore recording, Onyx. Due out July 22, 2022 via JMI Recordings, Onyx finds the budding, San Francisco-born composer in a fiery, dense and genre-bending posture. Produced by Berliner alongside the esteemed Jimmy Fallon and The Roots music producer Steven Mandel and GRAMMY® winning audio engineer Ben Kane, Onyx is an embrace of idiosyncrasy, designating analog manipulation at the axis of a modern and uncommon improvisational magnum opus.

The “onyx” – a dark stone with a bold, cryptic nature – piqued Berliner’s interest as a title for her atypical harmonic range and compositional curiosity. In the already-sparse zone of female vibraphonists, Berliner is captured at a most authentic point of view, diverging from a singular sound or mood and relishing in the extemporaneous. An all-star cast joins her on this daring enterprise: Marcus Gilmore on drums, Burniss Travis II on upright and electric bass and James Francies on piano and Fender Rhodes. Special guests include Jaleel Shaw on alto saxophone, Julius Rodriguez on analog synths and vocalist Thana Alexa.

Positioning traditionalism and era-adherence on the backburner, Berliner opens with the uncompromisingly fierce “Jade.” Incarnated by a shuffle-inflected backbeat reminiscent of hip hop, the track’s darker harmonic setting presents a hint of revenge while also encapsulating a rigid moment in world history. Berliner began writing “Jade” during her senior year of college, finishing it once she had her degree amidst the pandemic. “I feel it paints a picture of tension as well as liberation that I had felt all of at that time of my life,” the composer notes.

“Crescent Park (In Elliptical Time)” is the only vocal track on the record, depicting the transient nature of love and relationships at large as we let go of the past. Wistful by nature, “Crescent Park” is a contrast to the sharp side of Onyx, offering a more inquisitive, less-cerebral portion of the record. “It is meant to feel like a walk in the park of your life, looking up at memories popping up and fading all around you like vignettes,” Berliner adds.

Berliner describes her musical presentation as an exercise in “opening audiences to a new era of jazz.” Where melodies are fleeting and each accompaniment imposes an array of feelings, the sonic boundlessness of Onyx compounds into an emotive kind as well. Perhaps the most resonant example of abandoning tradition is presented in Berliner’s two-part arrangement of the standard “My Funny Valentine.” Propelled by Berliner’s entrancing solo on the first, listeners ride through a forlorn, dreamlike exploration, waking up in a vibrant Part II where a brash and swift conversation between the band ensues.

Honoring her hometown of San Francisco in the “North West”, Berliner’s “NW”, the last full-length song on the album, shares the abbreviated title of one of her favorite books. English novelist Zadie Smith, known for her eccentric characters and stream of consciousness narrative technique, writes a tale of two childhood friends growing apart as they age. In a similar vein, Berliner’s “NW” grapples with how one’s role in another person’s life can change along with the passing of time. Inevitably, we grow distant from those we were once intimate with and sometimes, it is from a singular, altering conversation. Designed to evoke that feeling of suspension, “NW” sees a constant shapeshifting and never entirely resolves itself. Moving like an internal dialogue, Berliner takes unexpected turns on “NW,” driving listeners into a crossroads of harmony and tempo.

Fashioned by a contemporary fervor and a parade of her mallet mastery, Sasha Berliner’s sophomore statement emerges as an exploration of the ephemeral. “The album is meant to be seen as a collection of artistic statements rather than a story with a peak and a conclusion. Each work holds its own, yet infuses a bit of itself in every other piece.” An enthralling invitation to surrender to the unknown, Onyx defies what we know as finite, pressing listeners to depart from the familiar and accede to a swift ride through unknown sonic terrains.

Onyx releases on July 22 as a digital release, and as a vinyl LP.