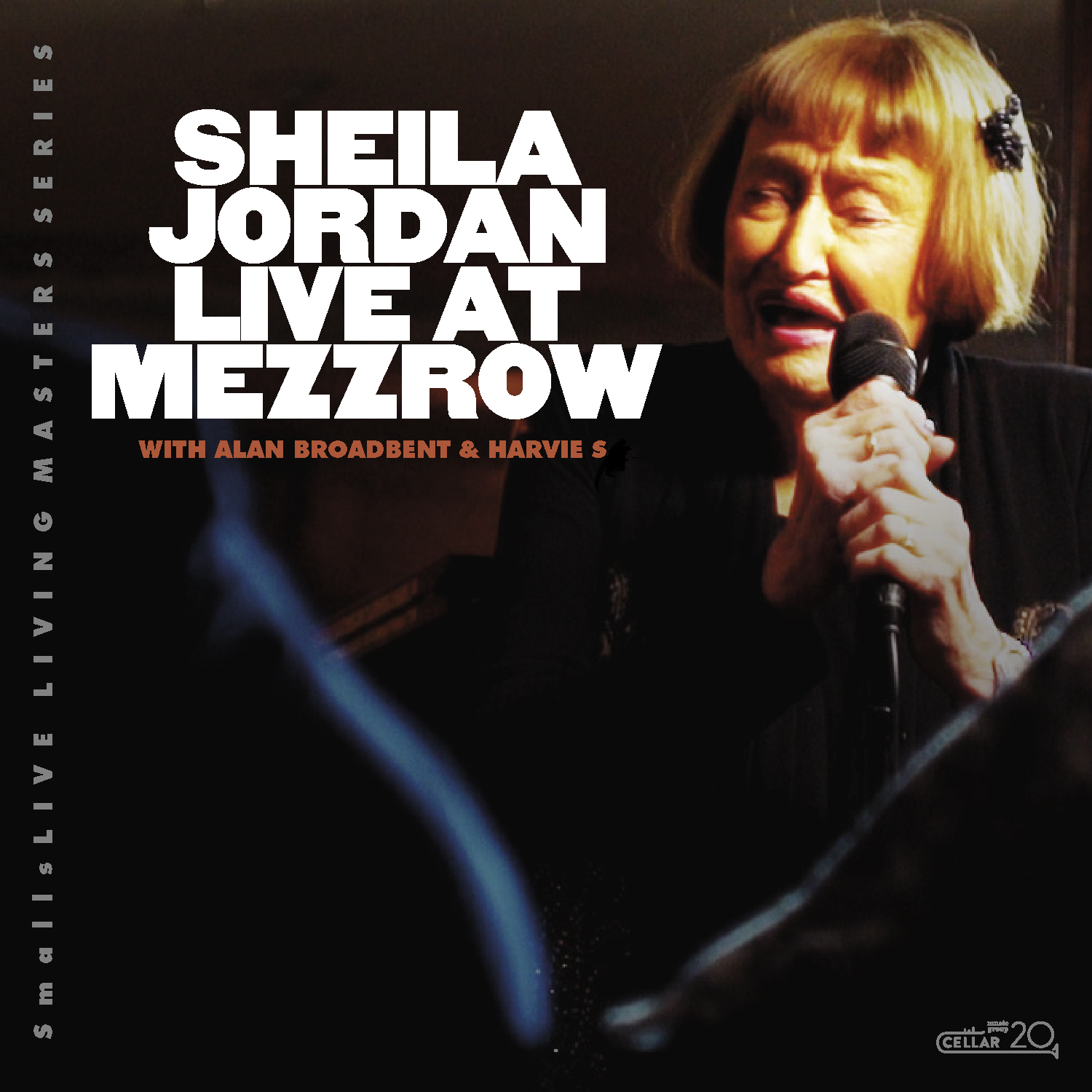 The date was October 25, and patrons packed into the intimate Mezzrow Jazz Club seeking a warm musical escape from a particularly cold autumn night in New York City, to listen to the legendary Ms. Sheila Jordan. What the illustrious Ms. Jordan provided was a window into the New York of years past – to a time when Bird could be heard at Birdland and Jordan could be heard serenading audiences at the Page Three Club in 1950’s Greenwich Village. On Live at Mezzrow, Jordan sings her way through a stunning musical retrospective, reflecting on a lifetime in service of swing. Jordan remarks “I love singing at Mezzrow, it is much like the clubs of the olden days on 52nd street, and what Spike Wilner is doing to keep the music alive is fantastic.”

Mezzrow Owner and Live at Mezzrow Executive Producer Spike Wilner remarks “At age 93, Sheila Jordan delivers a vociferous performance of standards and bebop. She literally glows with the resonant age of her accomplishments and associations… She has the core vibration of the true Detroit sound and hails from the very greatest period of that music. Her fellow Detroiters, such as Barry Harris, Hank Jones, Tommy Flannagan and others have all but left us, but she is still here and still vibrant.”

On Live at Mezzrow, Jordan and her steadfast rhythm section offer heartfelt arrangements of an array of jazz standards. The archetypal compositions presented here have, over the years, worked their way into the singer’s musical ethos and have become part of the Sheila Jordan songbook. The vocalist remarks “it’s the melodies that draw me to these songs”, and these melodies are deeply ingrained into Jordan’s very being, along with the bebop language which Jordan was one of the first to integrate into the world of vocal jazz.

The evening began with Jordan’s moving rendition of the Abbey Lincoln classic “Bird Alone”. Jordan notes “I love to promote other singers’ material, particularly if they’re songs that I can relate to. Abbey Lincoln was a great performer and singer, and I identified with this piece of her’s.” Standards such as “The Touch of Your Lips” and “Look For The Silver Lining” are delivered here with ease, and a particular poignance that only Sheila Jordan can deliver.

“Falling in Love With Love” begins with bass and voice duo, an outfit that is surely comfortable for Jordan who originated and popularized this instrumentation within the jazz idiom back in the early 1950’s in a duo with bassist Steve Swallow. Lincoln went on to perform in a duo setting with Harvie S for many years, evident when one listens to the powerful interplay between these two artists – a sound that is only augmented by the addition of Broadbent. Jordan’s bebop-lines and soulful refrains soar while scatting on this Rodgers and Hart classic. Instrumental interludes “What is This Thing Called Love” and “Blue and Green” feature Alan Broadbent and Harvie S, demonstrating Broadbent’s stellar improvisational acuity.

Jordan prides herself on her association with Charlie Parker, who often introduced her as “the singer with the million dollar ears.” In fact, if you ask the inimitable Ms. Jordan about her friend and mentor, she will tell you – “Bird was my idol man, he’s the reason I sing!” The singer reflects on her hero in her composition “The Bird”, musing about the saxophone titan’s legacy before embarking on her emotive and near-athletic vocal rendition of Parker’s classic “Confirmation”.

Delivered here with a soulful power, “Baltimore Oriole” is a classic in the Jordan songbook, a piece that the artist first recorded on her 1963 debut album Portrait of Sheila – the very first vocal album released by Blue Note Records. Following “Baltimore Oriole”, Ms. Jordan delivers a dazzling bossa-nova-tinged rendition of the Cole Porter classic “I Concentrate on You”.

Jordan presents audiences with a NYC love story on the Vernon Duke classic “Autumn in New York”, ending with a Jon Hendricks-inspired vocalise and shades of “Take the A Train” from Broadbent. The live album concludes on a high with the jubilant “Lucky To Be Me” with a magnificent, swinging energy from Ms. Sheila Jordan and her superb rhythm section.

Wilner notes “It is a great privilege for us to present Sheila Jordan Jordan live at our club, Mezzrow.  She’s in an element that she knows best (a crowded and intimate club) and is with musicians she trusts the most.  We hope this document can provide you an insight into her work and her depth.  Sheila Joran is the debut of our SmallsLIVE Living Master’s Series and we can’t think of a better representative.”