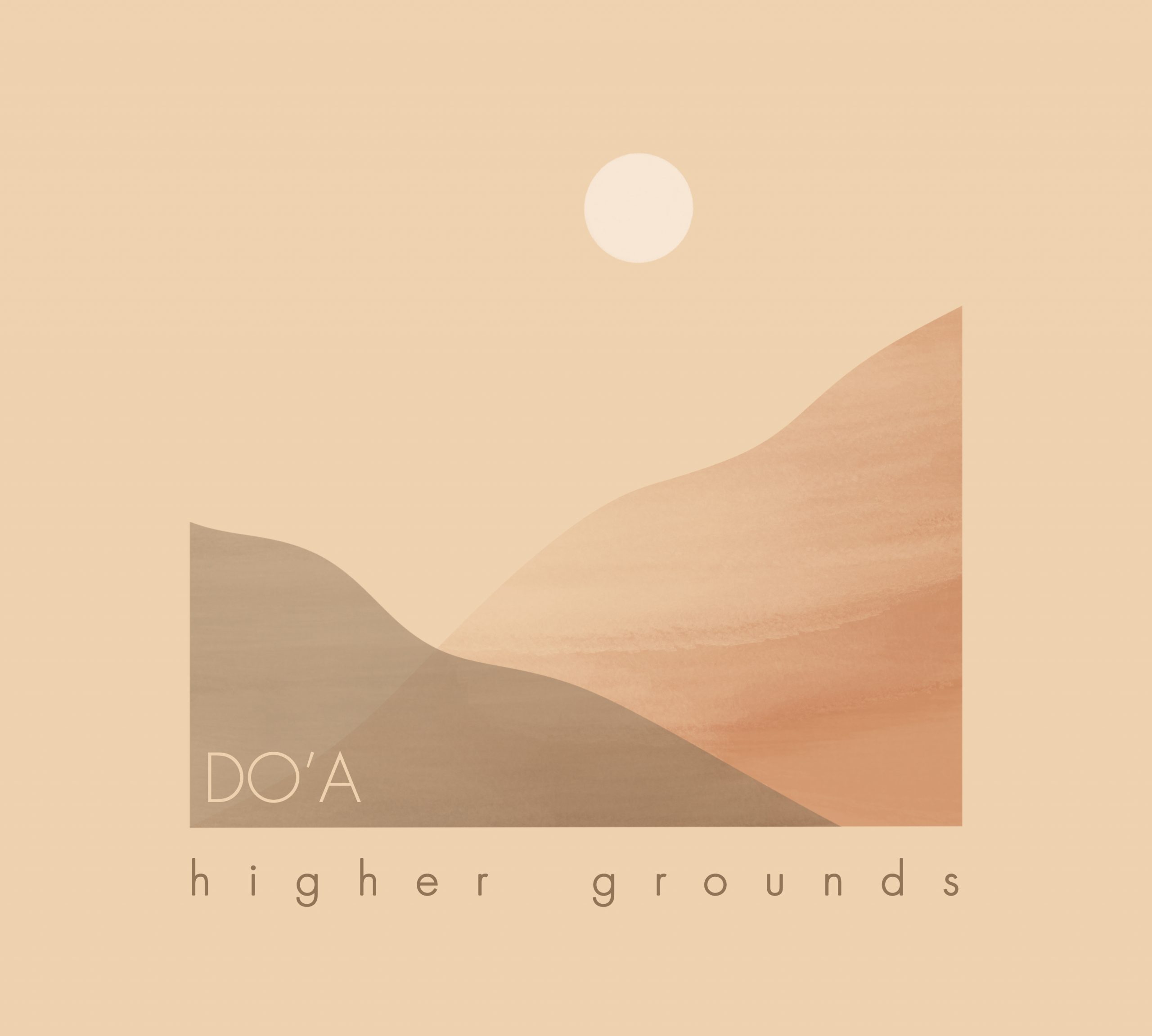 Vocalist, pianist, and guitarist DO’A draws on a diverse heritage to present her debut higher grounds, a collage of songs that reflects her identity and connects audiences to each other – due out July 15 via Outside in Music

“With a once in a generation voice that stops you in your tracks, DO’A’s rich and warm tone is as enchanting as her soulful delivery and thoughtful compositions.” -Lynn Veronneau

“When listening to DO’A, I am transported to a place of pure music, multi-lingual in all of the senses. Her voice and versatility define exquisite artistry.” -Cathy Fink, GRAMMY Award winner

“DO’A’s music is beautiful. Deep voice and a lot of intention behind each note. I’m so happy to see it coming to life!” -Shai Maestro

DO’A is a vocalist, pianist, guitarist, composer and mathematician lauded for her emotional integrity and depth of musical expression, both original and arranged. Now, following her artist-in-residency at The Music Center at Strathmore, she steps forth to record her debut album higher grounds, due out July 15 on Outside in Music. A tribute to the interconnected nature of the human spirit, the record draws on DO’A’s Albanian upbringing, combining elements of Albanian folk music with jazz, samba and Latin American rhythmic traditions to create a holistic expression of the artist’s identity and passions.

For many artists, the unprecedented change in creative life set in motion by the events in and following 2020 became a hindrance. For DO’A, the restrictions were not as much of a stumbling block, but merely an obstacle to overcome, an opportunity to create in new ways. Seeing the time as right to make her mark in the recorded realm, DO’A embraced the newfound emphasis upon distance and virtual collaboration and assembled an entourage of handpicked masters to realize her musical vision. With musicians based in Colombia, Boston, Cuba, Israel and the Gran Canary Islands – all of whom recorded in their respective countries – the assembling of higher grounds was akin to the creation of a musical mosaic. DO’A returned to Albania to record and recenter and it was here that she began piecing these artifacts together to create the unified image present on the album.

The title for the album signifies the role music plays in connecting people and facilitating a shared understanding and emotional appreciation. “Music transports us to higher grounds, where we feel connected, fulfilled, alive, and free,” DO’A says. “Each song on the album imparts these same feelings to me and I hope, to the listener as well.” higher grounds brings a raw purity of emotion to center stage and invites listeners into the open space that DO’A creates.

Musically, higher grounds leans into the intersectionality of DO’A’s ethnic and geographical heritage as a German/Italian/Iranian growing up in Albania, showcasing a distinct and uniquely tasteful mélange of styles with expression at their fore. DO’A’s musical identity is not only defined by her experiences, but also by her passions and joys, and so higher grounds adds even more flavor into the melting pot, featuring compositions from Argentina, Brazil, Albania, and America in tandem with DO’A’s original works. “My music incorporates elements from different genres and cultures to share a reflection of my soul and what speaks to it,” DO’A says.

As a writer, DO’A leans heavily into the innate human experience of what it means to feel. “My compositional style is based very much on feeling and intuition,” DO’A says. “From the way music ‘comes to me’ when writing down my own compositions, to the collaborations I decide to embark on, a lot of it is based on inspiration and an openness to be guided in the right direction.” A perfect example of this is DO’A’s take on the Argentinian tune “Alfonsina y la Mar,” a tale that focuses on themes of life, death, and their interconnected nature. DO’A’s rendition utilizes emotional vocal elements to bring this sonic story to life in collaboration with Uruguayan pianist Nando Michelin. “Flor de Lis” showcases DO’A’s brilliance in creative cultural blends. Working alongside Cuban jazz pianist Harold López-Nussa and his band, DO’A combines the harmonic and melodic sensibilities of Brazilian samba with the Cuban flair of salsa music to create something truly striking. “Pranvera” is a traditional Albanian folk song and stands as a tribute to DO’A’s upbringing and heritage. Performed with acclaimed Israeli jazz pianist Shai Maestro, the duo lean into both emotive and technical creativity in their rendition of this tune from the northern city of Shkodra.

The overall vivacity and energy of this record despite its long-distance collaborative nature is a testament both to DO’A’s masterful touch as a bandleader, and to the musicianship of the personnel on this album. In addition to DO’A herself on vocals, guitar, and piano, higher ground features an eclectic lineup of Shai Maestro (piano), Nando Michelin (piano), Harold López-Nussa (piano), Mayquel Gonzalez (trumpet), Julio Cesar Gonzalez (bass), Ruy Adrian López-Nussa (percussion), and Shango Dely (percussion). In addition to the performance contributions, these remote recordings were pieced together in Albania by sound engineer Klodian Qafoku. Above all else, DO’A describes the relationship with the musicians on this record as “flexible, creative, and easy to work with,” and praises their ability to create interactive, genuine music despite the lack of an in-person, synchronized performance.

With higher grounds, DO’A presents audiences with not just an album, but an emotive experience. higher grounds unequivocally hits its mark and transcends borders, genres, and boundaries as a flagship model for audiences to learn to connect and reconnect with one another. DO’A has found a way not only to sculpt a definitive musical identity but to share that identity in a way that makes listeners hungry and curious to know more.