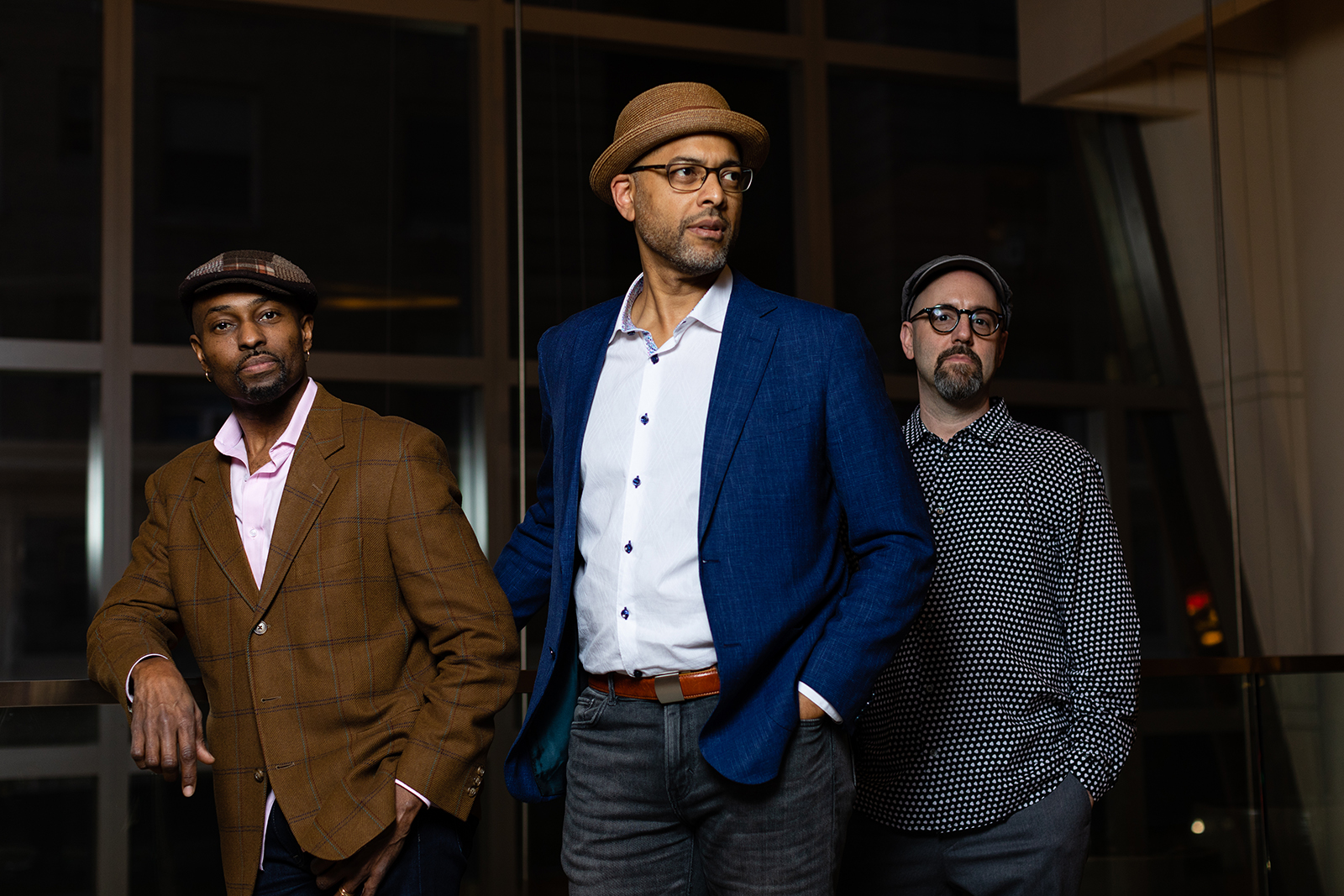 After taking home the 2021 JUNO Award for Jazz Album of the Year, the steadfast pianist and his trio Unison will tour throughout the United States starting June 2022 with the support of a Jazz Road Touring Grant

JUNO Award-Winning pianist and bandleader Andy Milne and his trio Unison are excited to announce their upcoming album tour this year, made possible by the support of Jazz Road, starting in June. Jazz Road, a national initiative of South Arts, is funded by the Doris Duke Charitable Foundation with additional support from The Andrew W. Mellon Foundation.

Milne’s Unison trio is made up of the ever-creative bassist John Hébert and acclaimed drummer Clarence Penn. The group celebrated a JUNO Award victory for Jazz Album of the Year in 2021 for their lauded Sunnyside Records release, The reMission. Now, the band is preparing to embark on a tour to celebrate the award-winning album, which was originally released in 2020, with a kick off date in Ann Arbor, Michigan on June 23.

“A polished, ambitious example of why jazz piano-trio recordings resonate with such a broad audience,” – Kevin Press, The Moderns

The trio will continue through the midwest with stops at Chicago’s Epiphany Arts Center on June 24 followed by a show on June 25 at Cafe Coda in Madison, Wisconsin, as well as a stop at Bop Stop in Cleveland on June 26. Following a week of performances at several jazz festivals in Canada, Unison will hit the West Coast next, first stopping at Portland, Oregon’s The 1905 on July 5, Mr. Musichead Gallery in Los Angeles on July 6, Athenaeum Music & Arts Library in San Diego on July 7 and SFJAZZ in San Francisco on July 8. The tour will close in New York City on July 11 at Dizzy’s Jazz Club.

The reMission, a stunning shift in direction for the bandleader, marked Milne’s first foray into piano trio performance. Inspired by a life-changing cancer diagnosis in 2017, Milne found himself in a wistful frame of mind. He eventually conquered the diagnosis, and subsequently seized the opportunity to tackle a trio format. Milne brings a bold, imaginative sound to this pared down context, presenting fresh, original material written for this hallmark collaboration between himself, Penn and Hébert.

“Milne’s compositions are anything but toss-offs written on the fly; in fact, so genuine a portrait are they of him as a composer, The reMission plays as much like an individual artist statement as trio recording” – Ron Schepper, Textura

After twenty years of creative output with his esteemed quintet Dapp Theory, Milne’s decision to create the trio Unison has yielded bold compositions that seem to emanate from within the pianist’s core, performed by an artist with a heightened conviction and supported by a steadfast rhythm section made up of Penn and Hébert.

For 30 years, two-time Juno Award winning pianist/composer Andy Milne has demonstrated boundless versatility, collaborating with dancers, visual artists, poets and musicians spanning jazz, classical, pop, folk, and world music. With UNISON, enriched with creative insights from all his projects, Milne returns to his first love, exploring the intimacy of the piano trio. The synchronistic relationship Milne has enjoyed with bassist John Hébert since 2010 is matchlessly rounded out with drummer Clarence Penn, who represents complimentary threads within the fabric of Milne’s piano trio philosophy — the intersection of texture and groove. Milne’s focus on composing for larger ensembles is best represented by his stellar work with his long-standing group Dapp Theory.  Formed in 1998, Milne released five albums of inventive compositions for this outfit, the last of which, 2018’s The Seasons of Being, won ‘Group Jazz Album of the Year’ at the 2019 JUNO Awards.

A former student of Oscar Peterson, Milne has performed with a range of artists including Cassandra Wilson, Ralph Alessi, and Bruce Cockburn, and has composed, performed and produced scores for seven films by acclaimed actor/director William Shatner. A distinct and respected voice at the heart of New York’s creative jazz scene, Milne was at the center of the M-BASE Collective as a core member of saxophonist Steve Coleman’s bands during the 1990s. He is a Yamaha Artist and sought-after educator, serving as an assistant professor of music at The University of Michigan and the Assistant-Director at The School for Improvisational Music.

John Hébert, originally from New Orleans, has been a highly sought-after New York bassist since the mid-1990s. A former student of Rufus Reid, Hébert has collaborated extensively with pianists Fred Hersch and Andrew Hill, appearing on celebrated recordings from each pianist. He has also performed with Lee Konitz, Paul Bley, John Abercrombie, Kenny Wheeler, Paul Motian, Uri Caine, Bill Stewart, Mary Halvorson, Tomasz Stanko, David Liebman, and Toots Thielemans, among many others. An accomplished bandleader, Hébert’s 2015 Sunnyside release with his quartet Rambling Confessions — his quartet featuring Milne — received critical acclaim, including 4.5 stars from Downbeat. Over the past decade, he has been named multiple times as a “Rising Star Acoustic Bassist” in Downbeat’s Critics Poll and has received multiple Grammy nominations. Hebert is a full-time professor of bass at Western Michigan University.

Clarence Penn is one of the most in demand jazz drummers in the world. A composer, bandleader, and prolific producer, he performs regularly with Maria Schneider, Dave Douglas and Uri Caine. Since 1991 when he arrived in New York City, Penn has placed his unique blend of mega-chops, keen intellect, and heady musicianship at the service of a staggering array of A-list artists including Ellis and Wynton Marsalis, Betty Carter, Stanley Clarke, Steps Ahead, Makoto Ozone and Michael Brecker. His impressive discography includes several hundred studio albums, including Grammy-winning recordings from Randy Brecker and Maria Schneider, representing a 360-degree spectrum of jazz expression. He has toured extensively throughout the United States, the Americas, Europe, Japan, and Southeast Asia. He’s composed music for films and commercials, and produced tracks for numerous singers in the pop and alternative arenas. Whether leading his own band or performing as a sideman, Penn brings unfailing versatility, professionalism and an ability to find creative ways to interpret a global array of styles and idioms.