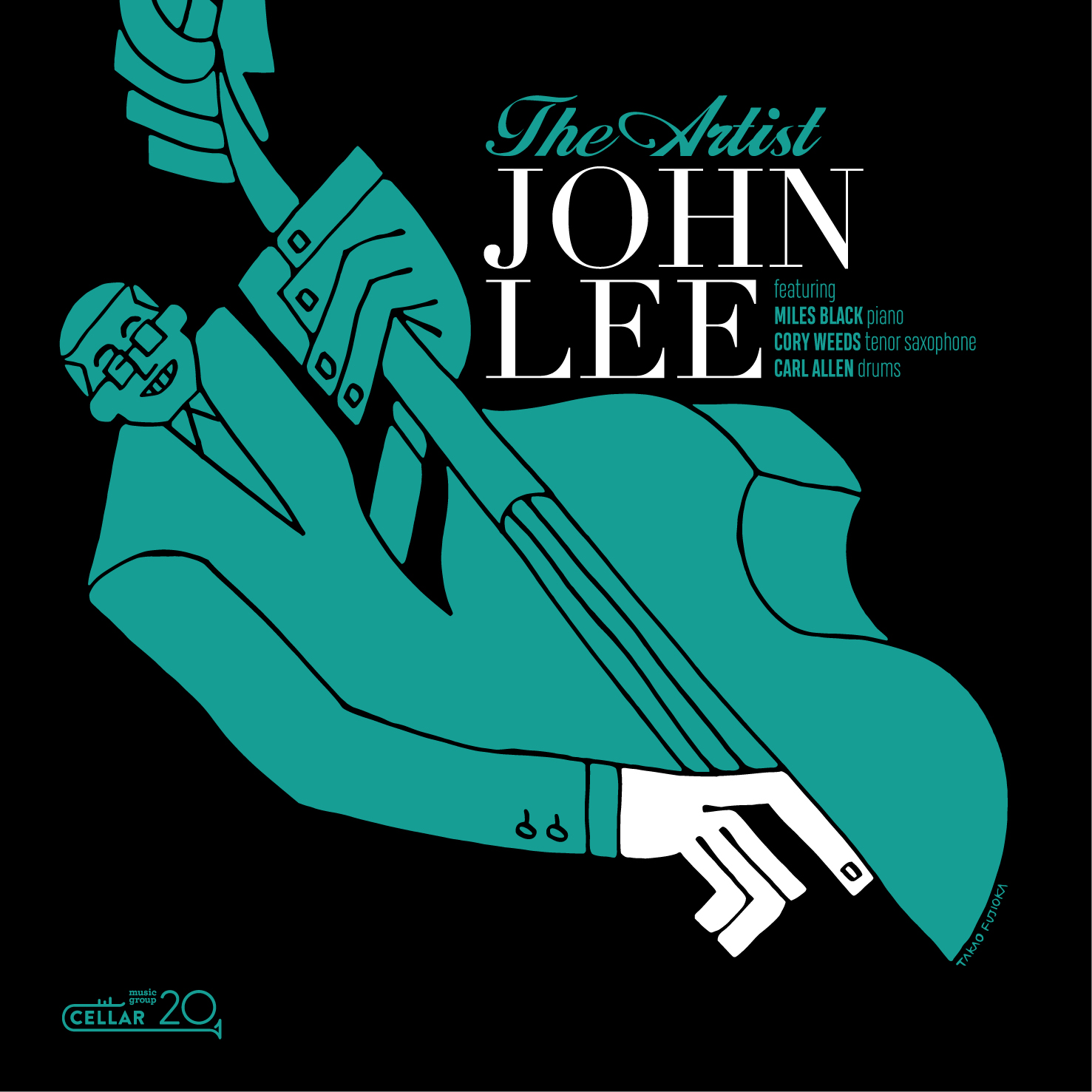 Cellar Music Group is delighted to announce the release of The Artist, an introduction to the deeply-swinging world of bassist and multi-instrumentalist John Lee. Lee has become a first-call player on the Vancouver jazz scene, exuding an unerring swing-feel and a distinct tastefulness, radiating joy with his deeply soulful playing. The Artist stands as a document of Lee’s facility on the bass, and as a composer and arranger. The album captures the divine interplay of four masterful musicians, bassist John Lee, drummer Carl Allen, pianist Miles Black and tenor saxophonist Cory Weeds (featured on tracks 1, 7 & 8).

After graduating from Berklee College of Music in 2016, South Korea born John Lee established himself as a prominent multi-instrumentalist in Vancouver where he put in the heavy lifting and self-reflection necessary to prepare for making The Artist. When the moment arrived to envisage the album, Lee knew he wanted to play just one instrument, the hard part was knowing which instrument to choose. Lee, who performs on a high level on double bass, drums, piano, organ and guitar, notes “I’ve never considered any instrument to be my main instrument, so it was very difficult to choose what I would play on my first record.” Lee followed the advice of his frequent collaborator and mentor Cory Weeds on the bold choice of playing bass exclusively on his recording debut.

After the recording was delayed over a year because of the COVID-19 pandemic, the four stellar musicians finally assembled in October 2021 to realize Lee’s vision for The Artist. Immediately, the synergy between the artists was palpable. “The bass-drums hookup is a very special and unique thing, as soon as John and Carl started playing you could just tell instantly, ‘this is going to work’” says Weeds. Lee adds “Playing with Allen “was a dream come true for me”, I’ve known his work for a long time, and to hear it and feel it right in front of me was a real moment for me.”

The Artist begins with the Mulgrew Miller composition “Soul Leo”, laying down a deeply spirited groove over which the group embarks on masterful solos. Next, the group performs their take on the Benny Green Composition “Carl’s Blues” written for drummer Carl Allen. This is just the kind of hand-swinging tune that Lee relishes, so it was a natural choice to include it on The Artist. Black improvises here with an Oscar Peterson-like dexterity and intensity. The bandleader indicates “you know that when you have Miles on a project, your music will be uplifted, his playing that day in the studio was moving. He played with grace and dignity.” The album also includes an interpretation of “Softly As In a Morning Sunrise” performed with a strikingly distinctive approach, and a gorgeous rendition of “Fabienne” by the late great Swiss alto saxophonist George Robert.

The album’s two original compositions, “Life is a Beautiful Thing”, and “The Artist” showcase Lee’s tremendous acuity for composition. On “Life is a Beautiful Thing”, the bassist plays the ballad’s exquisite melody with a light touch, evoking meaning. Lee notes that the song represents his “gratitude towards life over the last 10 years of my adulthood. Although there has been many hardships, I learn so much about who I am every day trying to look at life from a positive angle. I tried to put all of that into a melody.” “The Artist” is a medium tempo gem – an ideal canvas for Black, Lee and Allen to deliver satiating solos. The bassist’s agile improvisation resonates especially sweetly. Lee, who was born in Seoul, South Korea, dedicated the tune to his father Jae – “The best artist I’ve ever had the pleasure to know.” Jae passed away from pancreatic cancer in 2014. “He was such an important figure in my life and I miss him dearly every day” Lee expresses.

The Artist cements Lee’s stature as a distinguished force in the jazz world, introducing his dynamic compositions, arrangements and performance to a global audience. The 28 year old bass player conveys a wisdom and musicality that’s far beyond his years, setting the tone for further profound expression to come.