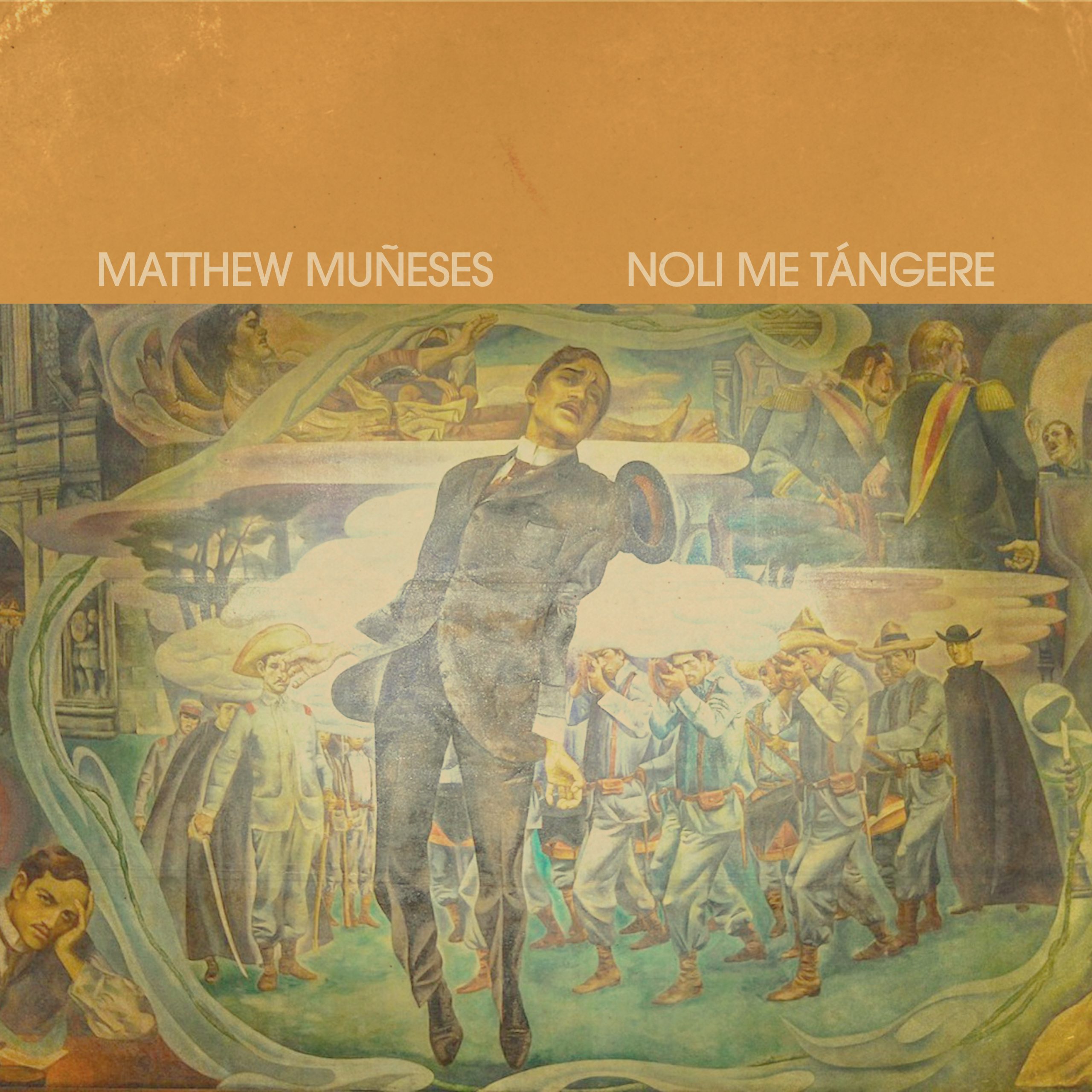 Saxophonist and Composer Matthew Muñeses Presents Sonic Reconnaissance of a Post-Colonial Philippines on Sophomore Offering Noli Me Tángere due out June 3, 2022 via Next Level

With the release of his sophomore album, Noli Me Tángere saxophonist, composer and educator Matthew Muñeses magnifies the revolution in the Philippines on an impassioned and vigorous set of original compositions. Due out June 3, 2022 via Next Level, Noli Me Tángere is an auditory exploration of the half-Filipino bandleader’s heritage as he pays tribute to the late 19th-century Philippine national hero José Rizal.

Provoked after reading Rizal’s novel of the same title, Muñeses began writing a suite of music in 2019 that would form the backbone of this recording. Half-Filipino, but born and raised in America, the saxophonist wrestled with questions of identity and belonging—as he puts it, “being in a country and trying to normalize or assimilate in a way, but still trying to retain your roots.”

The first half of the album unfolds with instrumental interpretations of music and poetry by Rizal and his contemporaries, a showcase for Muñeses’s confident yet sensitive approach to these fin de siècle melodies heard in a modern jazz quintet setting. Supported by a working band of Chicago-based musicians that include Zubin Edalji on trumpet (in a return appearance following Muñeses’s 2015 début, Threshold), Stu Mindeman on piano, Clark Sommers on bass, and Dana Hall on drums (formerly the leader’s teacher at the University of Illinois, Urbana-Champaign), Muñeses illuminates these historic works with an elegant, understated flair. A multi-part sequence on the opening track, “Alin Mang Lahi,” alternates rhythmic cycles of five and a broken triplet feel, while impressionistic harmonies fill out the solo improvisations on “Canto de María Clara.” Edalji’s cantabile trumpet statement during the minor key “Kundiman” strikes a plaintive note before the piece concludes in major.

On the album’s centerpiece and namesake, the Noli Me Tángere suite, Muñeses takes greater liberties in his own compositions without forsaking the foundational melodic and rhythmic ideas set forth in the preceding tracks. Saxophonist Miguel Zenón joins as well, and the two altos punctuate and interweave throughout as sonic counterparts (Muñeses can be heard in the left channel, Zenón in the right). Highlights include the leader’s stately solo over a rich field of harmonic color on “A Son Returns” and the sparks flying between Muñeses and Zenón on the polyrhythmic “Cruelty and Injustice.” The third movement, “Education for All,” has a remarkable metrical contour that brings to mind precursors like Joe Henderson and his tricky composition “Gazelle,” providing ample inspiration for the soloists. The final movement, “Revolution and Liberation,” ends on an optimistic note while leaving something unresolved—more work to be done in the present day, despite the progress that’s been made.

In drawing a line from the historic emergence of a post-colonial Philippines to the ongoing battle for justice in America in the 21st century, Muñeses shows how music can provide both a respite from our daily challenges and a renewal of our motivation to persevere. Noli Me Tángere is the saxophonist’s humble call for a more equitable and fair society in contemporary America.

Matthew Muñeses is a saxophonist and educator residing in the northwest suburbs of Chicago.

Matthew received his B.M. in Saxophone Performance at Illinois State University in 2011 and his M.M. in Jazz Performance at the University of Illinois at Urbana-Champaign in 2013. During this time, Matthew studied with Dana Hall, Chip McNeill, Ron Bridgewater, Tito Carrillo, and Chip Stephens.

In the subsequent years, Matthew has garnered recognition as an up and coming talent by winning or being named as a finalist in multiple educational and open competitions, including the Jazz Society of the Philippines competition and the Kate Neal Kinley Memorial Fellowship. In 2015, Matthew participated in a workshop with Steve Coleman and the Five Elements at the University of Chicago where he was afforded the opportunity to study with and perform alongside Steve Coleman and members of his band, including Jonathan Finlayson and Miles Okazaki.

Matthew has led bands at a number of historic venues across the country, including the Green Mill and Andy’s Jazz Club in Chicago, Catalina Bar & Grill in Los Angeles, and the Kranzberg Arts Center in St. Louis. He also has performed at numerous music festivals, such as the Woodstock Jazz Festival (Woodstock, IL) and Pygmalion Music Festival (Champaign, IL).

Matthew teaches saxophone technique, jazz improvisation, and composition through his private studio and in-residence at St. Charles North and South Elgin High Schools. He has given masterclasses at Illinois State University, the University of Northern Iowa, Northern Illinois University, and Northwestern University.