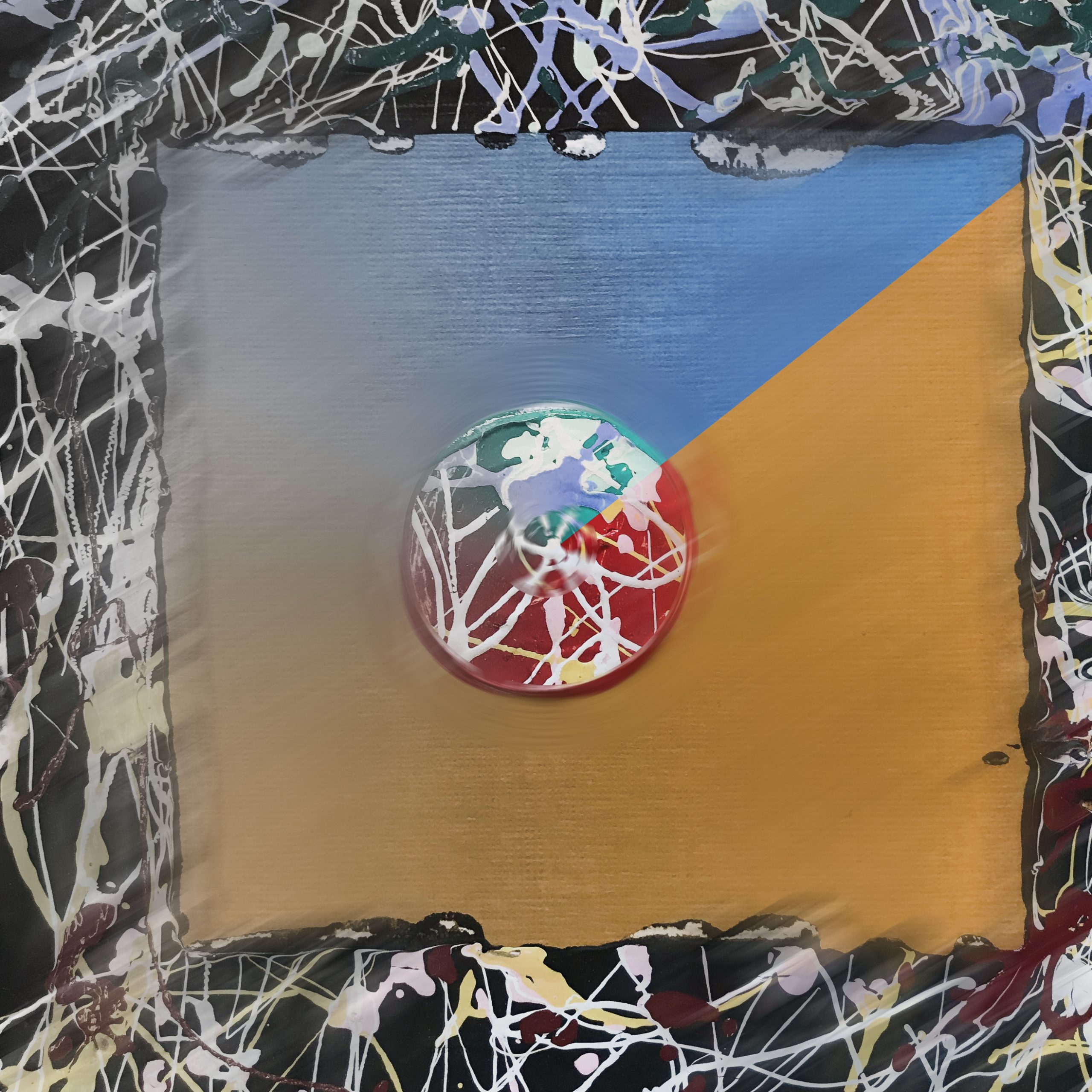 “..a music soundscape that has a massive presence, an eccentric personality, and the heart of a storyteller.” – Dave Sumner, Bandcamp

“Perhaps the most stunning aspect is Zucker’s unabashed and continuous use of complexity.” – Mike Borella, Avant Music News

Recorded live in the studio, Leftover Beats (Live) features stripped-down and dynamic arrangements of Zucker’s ambitious compositions from his preceding album, developed and refined on tour after recording the large-ensemble record. The bare and daring arrangements bring the larger-than-life music to a human scale, featuring the trio’s virtuosity and crackling rhythmic counterpoint. Though most of the tracks are lifted directly from Leftover Beats, there are two surprises: “Drunken Calypso,” a snarling and punchy indie rock number interspersed with free improvisation; and a hauntingly introspective cover of the Dirty Projectors’ ballad “Impregnable Question.”

Zucker presented his masterful Leftover Beats From The Edges Of Time in September of 2021. Defying categorization or synopsis, the record features complex mixed-meter jazz, virtuosic chamber music, electronic soundscapes, and indie art rock — performed with emotion and urgency by Zucker’s virtuoso large ensemble The Delegation. The stylistic variety on Leftover Beats represents a reckoning with time, the competing impulses of a backwards-looking nostalgia and a forwards-looking futurist belief in progress.

Through the dynamic improvisational offerings on Leftover Beats (Live) Zucker corroborates these very philosophies presented on his original recording; that we can deviate from precedent while still memorializing it as novelty, and consequently through this act, arrive at innovation.

“Gabriel Zucker is a pianist, composer, and multi-instrumentalist from New York, whose work combines maximalist compositions with the progressive improvisation of New York’s creative music scene. His music has received two ASCAP composition awards, and has been praised in Downbeat (4.5 stars), All About Jazz (4.5 stars), Stereogum, Jazzwise, and the New York City Jazz Record. A Yale graduate and Rhodes Scholar, Zucker has performed throughout New York at such venues as Carnegie Hall, The Stone, Roulette, and the Jazz Gallery, as well as in 22 countries around the world.

Zucker’s groundbreaking large ensemble, the indie jazz orchestra The Delegation, was born at the Banff Jazz and Creative Music Workshop. The group’s debut record, a twelve-movement composition titled Evergreen (Canceled World), was supported by an American Composers Forum JFund grant and released in October 2016 on ESP-Disk’ to critical acclaim. Zucker’s small-ensemble touring incarnations of The Delegation have performed in over a dozen countries.

Zucker maintains a prolific activity with a range of other projects. In November 2018, ESP-Disk’ released Zucker’s third studio record, Weighting, an extended composition inspired by Rachel Kushner’s novel The Flamethrowers, featuring Tyshawn Sorey, Adam O’Farrill, and Eric Trudel. The record was widely praised, recognized as a Debut of the Year by the New York City Jazz Record, listed among the Best of 2018 by All About Jazz, and featured as a runner-up in Stereogum’s Best Jazz of 2018 list. Zucker and Sorey collaborated again in 2018 with the premiere of Zucker’s new duo New York, USA, 2018 at Carnegie Hall’s Weill Hall. Zucker’s avant indie band underorder released its critically acclaimed sophomore record in parts over the course of 2019 and 2020. He also performs regularly as a concert pianist focusing on twentieth century repertoire. His 2018 performance of Frederic Rzewski’s Squares was listed among the New York Classical Review’s best performances of the year, and his 2019 performance of Messiaen’s Vingt Regards Sur L’Enfant Jesus also drew praise. Before the pandemic, Zucker was a manager and curator of the prominent New York experimental venue Spectrum.

A committed social activist in addition to a musician, Zucker is currently Associate Policy Director for the tax benefits program at Code for America. He previously served as Director of Research at the progressive turnout organization VoteTripling.org; worked on homelessness and healthcare policy as a member of the U.S. Digital Service; and co-led the successful campaign to end veteran homelessness in Connecticut. He graduated summa cum laude from Yale in 2012, where he double majored in Ethics, Politics, & Economics and Music, and he holds a Masters in Applied Statistics from Oxford, where his research focused on applications of machine learning to social policy administration.