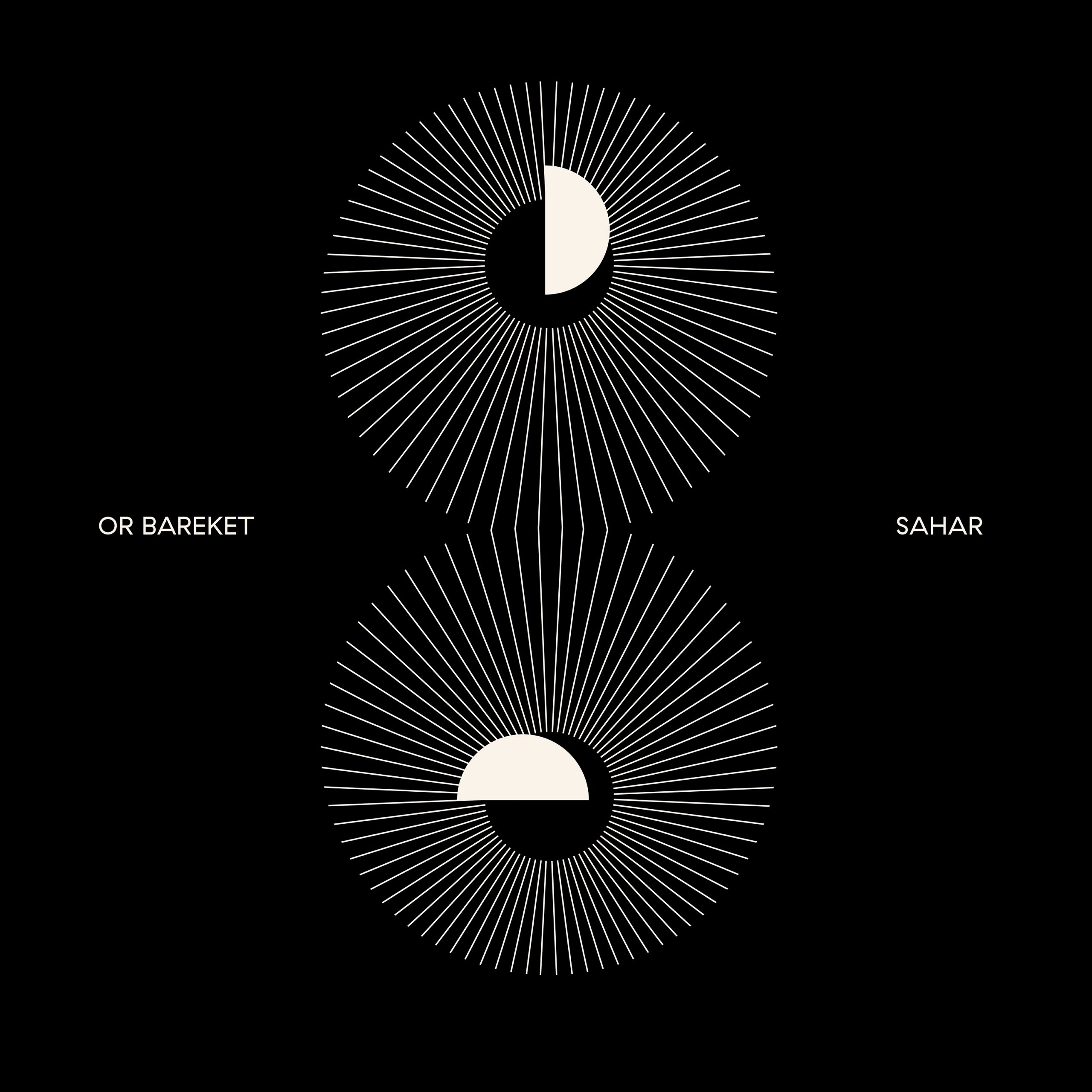 Celebrated Bassist Or Bareket Announces the Release of His Third Album as a Bandleader, Sahar, out May 6th, 2022 on Enja Records

Enja Records is pleased to announce bassist and composer Or Bareket’s enthralling third album as a bandleader, Sahar. Bareket, who is known widely as a first-call bassist for such artists as Leon Parker, Joel Ross, Ari Hoenig, Etienne Charles and Camila Meza, demonstrates his compositional mastery and instrumental acuity on Sahar. The album’s tracks are adorned with potent (and sometimes wistful) melodic refrains, rife with deep harmonic intrigue bubbling with intensity. Composed and recorded during the wake of the Covid-19 pandemic, a rare moment of rest for Bareket, Sahar captures the bassist on a decidedly new and fresh artistic trajectory, performing with a new generation of virtuosic talent including Morgan Guerin on tenor saxophone, EWI and organ, Jeremy Corren on piano and Fender Rhodes and Savannah Harris on drums and percussion. Prominent vibraphonist Joel Ross produced the recording, co-arranged the music and added some auxiliary percussion.

The album’s title ‘Sahar’ holds multiple definitions in semitic languages. In modern Hebrew, ‘Sáhar’ simply translates to ‘crescent’ while in various Arabic dialects, it translates to ‘just before dawn,’ ‘early morning,’ and ‘insomnia.’ On Bareket’s record, he explores the poetic meaning of ‘Sahar’ — the dream-like state one arrives in after staying up all night ruminating and yearning; an encounter that feels suspended in infinity, outside the waking experience of the passage of time.

In many ways, ‘Sahar’ describes Bareket’s lived experience during the creation of this material. Amidst the pandemic’s imposed isolation, a moment Bareket refers to as “the complete disruption of the experience of linear time”, the bassist found solace in creation. “I entered March 2020 in a state of exhaustion and reflection, wrapping up a six-month run of nearly seamless back-to-back tours with different bands …including a week in Morocco with trumpeter Etienne Charles.”

The theme of reflection runs deep on Sahar and the compositions were inspired in part by Bareket’s own ruminations on those that he has lost, namely, both his maternal and paternal grandfathers. Perhaps, this reflective period began that week in Morocco with Charles. Bareket remarks “This was my first time visiting the country, specifically Tangier, the hometown of my maternal grandfather, Rabbi Mordechai Marcos Edery… I was really excited to visit the place where he was born and grew up, the place where the Edery family had lived for as far back as our family records could tell. I expected that some missing puzzle piece would be revealed while I was there.” After finding that the entire neighborhood had been demolished and rebuilt, Bareket called his mother, Mordechai’s daughter, to ask if her father had ever talked about Tangier. She revealed that he didn’t much, and that he left for a reason – just like she left her home of Argentina, drawing a parallel to Bareket’s own experience leaving Israel. “I felt the closest to Mordechai I’ve ever felt, upon hearing this. I accepted this moment as my missing puzzle piece,” he realized. Upon his return to the United States, Bareket received the news that his paternal grandfather, Asher Bareket, had now passed away as well. As he waded through the emotions of a recent loss, he was reminded that Asher had given him his very first bass. Spurring a direction and an outlet for grief and reflection, the bassist turned to composition.

Sahar begins with the pared-down “Root System”, a reflective piece with Bareket at the helm, his bass spinning a melodic narrative, inviting the listener into his inner world of sonacy and rhythm. The composer braids his roots (both familial and musical) and those found in nature. “It occurred to me while working on this album that when people refer to “roots” in the context of music or cultural heritage, we think of something fixed and final … But the actual roots of a tree have a reciprocal and dynamic relationship with the rest of the tree, circulating water, nutrients, and light back and forth throughout the organism.”

“SOIL” demonstrates the deeply soulful and decidedly modern sound of the full ensemble. Corren doubles the melody line that Guerin presents on the EWI and then the two engage in some striking trades during the solo section, while Bareket and Harris supply an unshakable groove. “TEMPERANCE” begins in an intimate fashion with Corren stating a melodic motif which gets doubled by Guerin on tenor sax and becomes a repeated motif throughout the piece, building in intensity throughout. The piece climaxes at Harris’ solo over the stated melody. “Kapara” features a stunning bass intro by Bareket, his melodic invention on full display. A lyrical melody stated by Guerin on the EWI leads to a solo from the bandleader, showcasing his distinct lyricism, rhythmic dexterity, and groove-centric approach. A full demonstration of the dynamic capabilities of the ensemble, the group’s bravado broadens while Guerin takes a solo over the tune’s harmonic changes.

Bareket touches on his feeling of loss and reflection in a more direct way with “A Lullaby For Troubled Ancestors”, a piece which lives within a quiet intensity, marrying a tender nuance with rhythmic and melodic interplay between his bass lines and melody. The album’s closing piece, the title track “Sahar”, offers sweeping melodies and – fitting to the meaning of the title – leaves space for reflection. Bareket seems to reflect on the notion of isolation with a piece that stretches the idea of time. On the pandemic, he says that while it was stressful and frightening, it uncovered new ways to exist within time and conceive of it, in life and in music. He asks: “If time is not linear but rather cyclical, spiral, static, or just non-existent, how does that affect our understanding of our personal and collective histories? And what kind of music might arise from different conceptions of time?”

“The experience of real kinship (not just a genetic one) with my grandfathers— men that I otherwise have deep differences and disagreements with— has shaped the music on the new album in subtle and literal ways. Working on it throughout the pandemic lockdown and the obliteration of the linear sense of time often felt like my ancestors and I were existing in parallel, simultaneous realities, rather than on opposite ends of a line”, the composer indicates. With Sahar, Bareket invites the listener to walk through time with him, reflecting on those that have been lost and celebrating them through song.