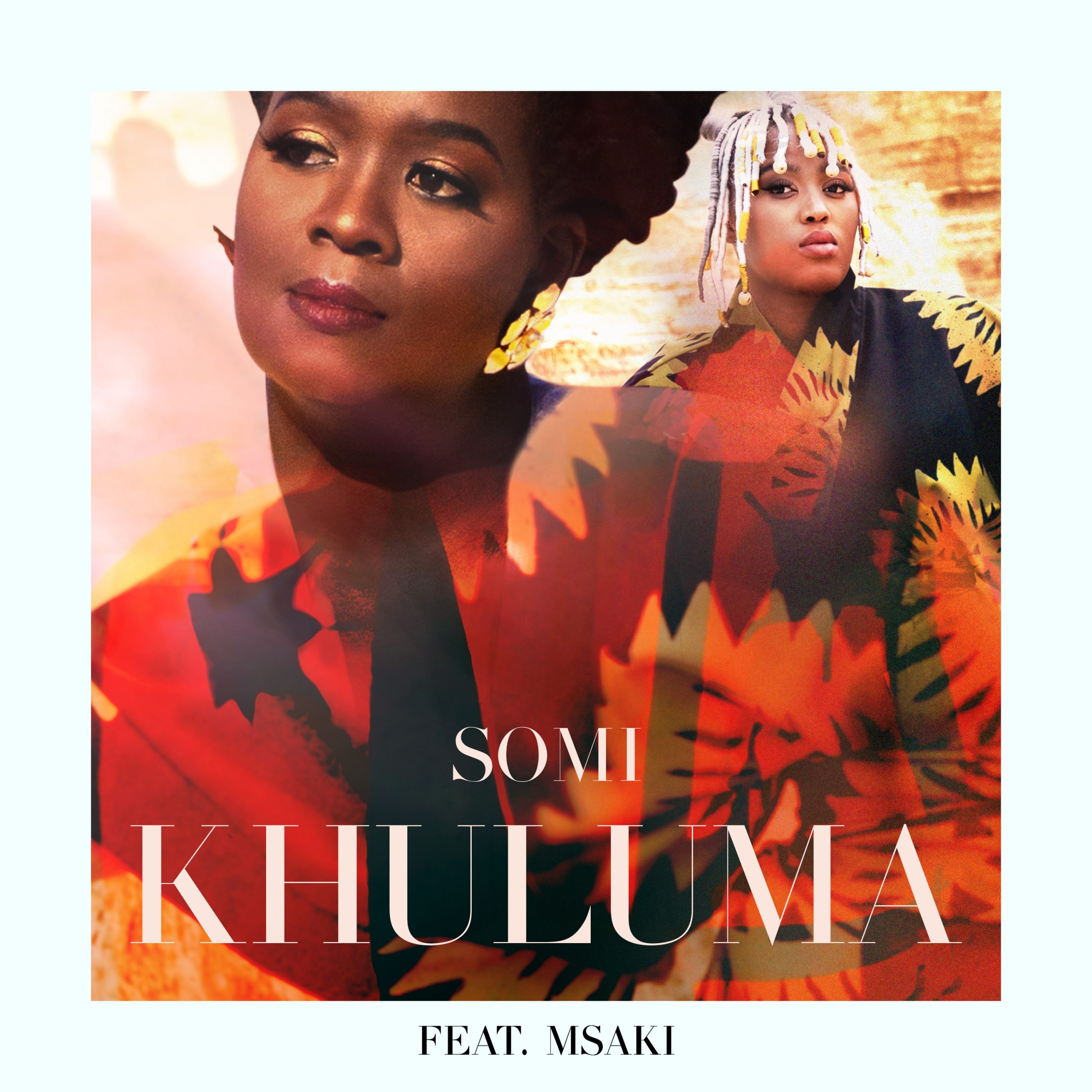 SOMI To Headline AfricaNow! Festival With ‘Somi and Friends: The Reimagination of Miriam Makeba’ on March 19th at The Apollo Theater with special guests Dianne Reeves, Thandiswa Mazwai, and Msaki

Khuluma means ‘speak’ in Xhosa. Makeba first recorded the track in 1965 for her album Makeba Sings!, arranged by Hugh Masekela, who is also a mentor of Somi’s. “The song tells the story of a woman asking her husband to explain why he gets home so late at night while their children are sleeping. The meaning, and perhaps the poetry of the song, is lost in translation, as it is really meant to reflect on the depressive conditions of Black life during the Apartheid era and how Black families were often fragmented as a result. An experience that Makeba herself deeply understood after surviving 31 years in exile.” ‘Khuluma’ features special guest Msaki, who Somi calls “one of the most compelling South African singer-songwriters of today.”

Soon after the launch of her record, Somi will grace the stage of the historic Apollo Theater in Harlem, New York City on March 19 for the theater’s Africa Now! festival. ‘Somi and Friends: The Reimagination of Miriam Makeba’ will headline the Apollo’s annual festival. Special guests include jazz superstar Dianne Reeves, beloved South African diva Thandiswa Mazwai, and rising star singer-songwriter Msaki. Somi’s performance at the Apollo Theater will begin at 8:00 p.m on Saturday, March 19. Tickets are available for purchase here.

Music and entertainment from the continent continues to drive trends across all facets of culture around the globe. The Apollo’s Africa Now! Festival returns for its eighth year to celebrate the best cultural innovators from the African Diaspora. “We’re thrilled to welcome back our Africa Now! celebration and to continue honoring and presenting contemporary art from the African diaspora,” said Kamilah Forbes, the Apollo’s Executive Producer. “Over the past eight decades the Apollo has amplified Black voices and used its platforms to create an intersection of art and activism, so having Somi, a contemporary artist and activist, perform new music from her upcoming album that honors the late Miriam Makeba, a respected musical and activist icon of the 1960s, is exactly the kind of artistic conversation and experimentation that the Apollo champions.”

“I’m honored to celebrate the memory and music of Miriam Makeba on such a historic stage.  In her autobiography, Makeba: My Story, Miriam reflects on her very first performance at The Apollo in September 1961 and all that it meant to her as a young African woman to sing in a place where so many great Black American voices she admired had stood before her.  To me, that moment in her career speaks to the ability of her voice to connect and represent the Black experience from both sides of the Atlantic. It is that very generous community-building ethos in her work that has emboldened me to try to honor her life and voice in my own work.  What a joy it is to have the opportunity to bring her story and spirit to Harlem, my longtime New York City neighborhood and a multi-generational nexus of global Black culture.”

Somi’s original musical Dreaming Zenzile made its world premiere at The Repertory Theatre of St. Louis in 2021 and is  touring in theaters across the country ahead of its Off-Broadway debut at New York Theatre Workshop in Summer 2022. For tour dates, please visit Somimusic.com.

COVID safety policies at The Apollo Theater: All ticket holders and attendees of this event must provide proof of vaccination in order to enter the theater. In addition, all attendees are required to wear face coverings while inside the theater. Click here for more information.

Tickets for Somi and Friends: The Reimagination of Miriam Makeba start at $25 and can be purchased here.

Somi Kakoma is a GRAMMY®-nominated East African Jazz vocalist, songwriter, playwright, and actor of Rwandan and Ugandan descent. Her last album, Holy Room – Live at Alte Oper with Frankfurt Radio Big Band, was released shortly after the onset of the COVID-19 pandemic and ultimately earned her a 2021 Grammy nomination for Best Jazz Vocal Album. With that nomination, Somi became the first African woman ever nominated in any of the Grammy jazz categories. The album also won the 2021 NAACP Image Award in the Outstanding Jazz Vocal Album category.

Somi has released seven acclaimed albums, scoring positions on the Billboard Jazz, World Music, and Heatseekers charts. Her previous songs have featured guests including Common, Angelique Kidjo, Aloe Blacc, and renowned South African trumpeter Hugh Masekela, who became her longtime mentor.  She has been widely honored as a Soros Equality Fellow, a TED Senior Fellow, a USA Doris Duke Fellow, a 2021 Grammy nominee, and a recipient of two NAACP Image Awards. She performed at Carnegie Hall alongside Hugh Masekela, Dave Matthews, and Vusi Mahlasela in celebration of South African democracy, and was invited by UN Secretary General to perform in commemoration of the International Day of Remembrance of the Victimes of Slavery. Somi is the founder of Salon Africana, a boutique arts agency and label for contemporary African musicians and writers. She holds undergraduate degrees in Anthropology and African Studies from the University of Illinois at Urbana-Champaign, a master’s degree in Performance Studies from NYU’s Tisch School of the Arts and is currently pursuing a doctorate in Creative Practice & Critical Inquiry at Harvard University.   www.somimusic.com