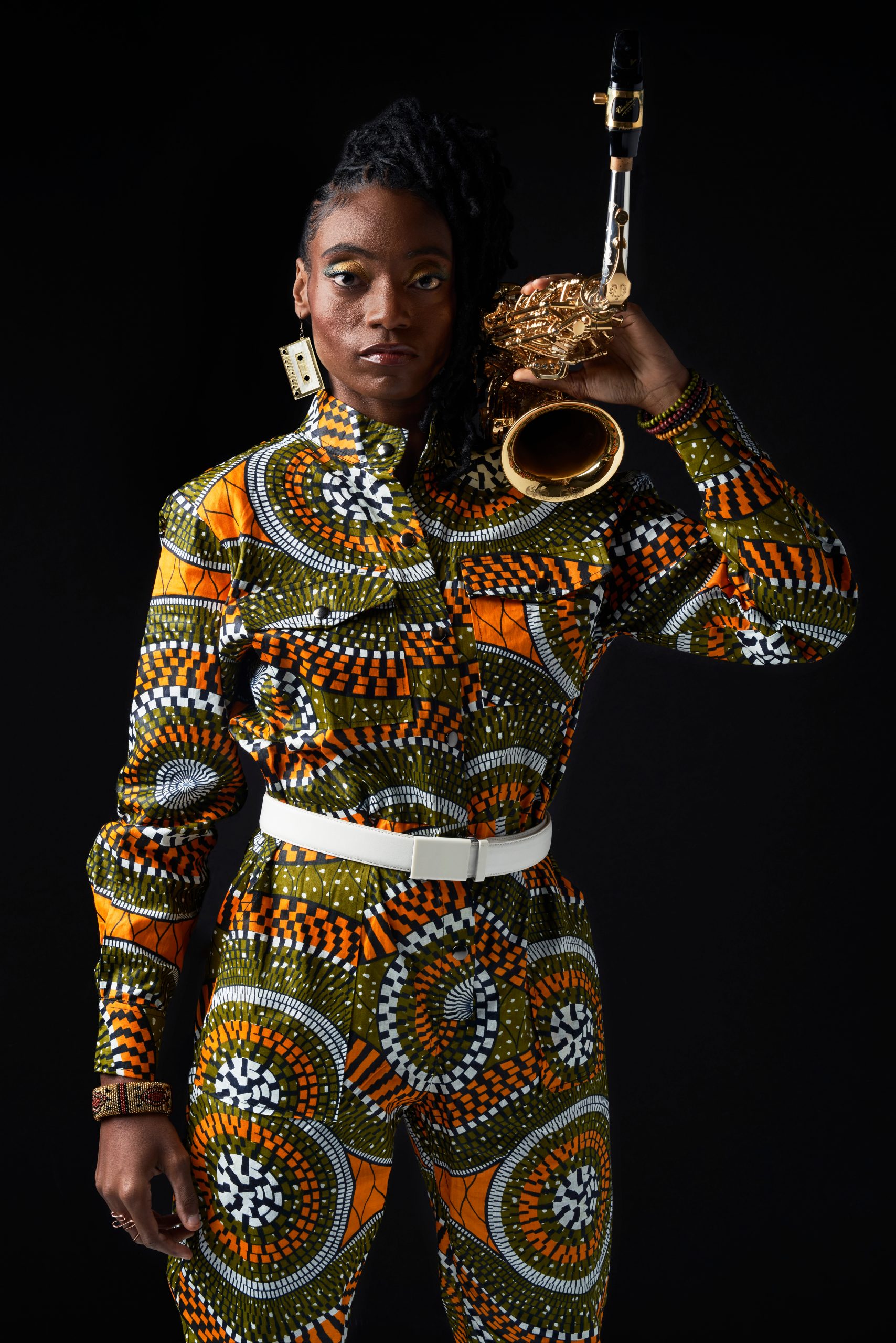 Upcoming Performances by the in-demand saxophonist will take place in Delaware, Maryland and Pennsylvania

In 2021, the masterful and charismatic saxophonist Lakecia Benjamin was selected as one of the 2021-2022 Mid Atlantic Tours Artists as a part of the Mid Atlantic Arts Foundation (MAAF). Mid Atlantic Tours is a curated roster program of performing artists or ensembles chosen to tour throughout the mid-Atlantic region. Pianist Taber Gable, bassist Ivan Taylor and drummer EJ Strickland will join the fiery bandleader for upcoming performance dates in March.

In the coming weeks, Benjamin will begin her tour with a first stop in Wilmington, Delaware on March 4 at the Arden Concert Gild followed by a Baltimore, Maryland performance at the Creative Alliance at the Patterson on March 5 and Montgomery County Community College in Pennsylvania on March 6. Each of these performances will also have community engagement, made possible through the special presenter initiatives program of MAAF with support from the National Endowment of the Arts.

Benjamin’s electric stage presence as a saxophonist/bandleader has made her a staple in the current jazz scene and beyond. In 2020, Benjamin released her riveting tribute to John and Alice Coltrane, her third album as a leader: Pursuance: The Coltranes. She has played among the likes of Gregory Porter, Stevie Wonder, Alicia Keys, the Clark Terry Big Band, Reggie Workman, The Roots, Macy Gray, Talib Kweli, Anita Baker, Rashied Ali, the David Murray Big Band, Vanessa Rubin, James “Blood” Ulmer and Craig Robinson and the Nasty Delicious, to name a few, and remains one of the most dynamic, sought-after saxophone players of today.

For more information on Benjamin’s upcoming performances, see the complete schedule below.