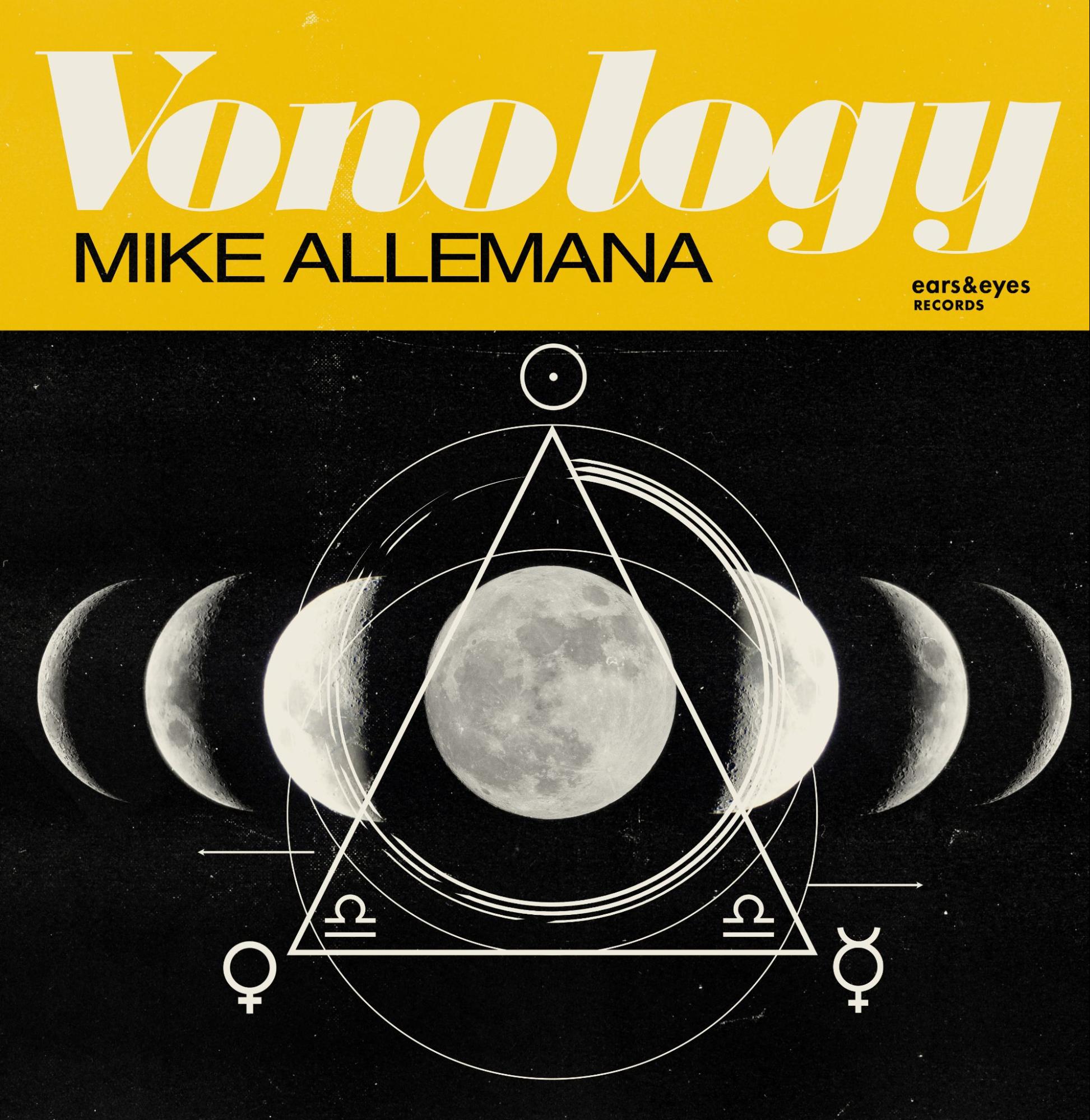 ears&eyes Records is thrilled to announce the April 15, 2022 release of guitarist Mike Allemana’s album Vonology, a collection of compositions inspired by the immense presence of NEA Jazz Master saxophonist Von Freeman. Celebrating one of Chicago’s most esteemed musical figures, Allemana channels Freeman’s musical philosophy, while stylistically executing a series of large-ensemble landscapes balanced with collective improvisation. Allemana is joined by Victor Garcia (trumpet and flugel) Greg Ward and Geof Bradfield (saxes) Kendall Moore (trombone) and Tomeka Reid (cello), along with long-time Freeman bandmates Matt Ferguson and Michael Raynor (bass and drums), and a specially assembled choir for a multi-dimensional project that celebrates Von’s legacy, and ponders what comes next.

It’s been a decade since Von Freeman passed. Mentor, saxophonist, charismatic showman and Chicagoan through and through, the tenorist was a mainstay of the scene, helping to launch the careers of Kurt Elling, Steve Coleman, and many of the artists featured on this album. What better way to illuminate Von’s universe than to assemble some of Chicago’s finest for a large ensemble date?

Vonology is the result of Allemana’s artistic decision to reflect Freeman’s humanity and community impact in a collection of new pieces: “It is not a tribute in the traditional sense, but an original work that represents, through sound and text, the ways in which Von musically and spiritually connected with others and transformed people’s lives.” Instead of reprising Freeman’s musical adventures, Allemana makes channeling Von’s technicolor spirit his aim. Using astrological research to inform musical methodologies, and fusing it with his detailed knowledge of Freeman’s work (which formed a key part of his doctoral research on jazz in Chicago’s South Side), Allemana creates an album full of fresh sounds that chart new territory.

Allemana is well-qualified to produce a celebration of such a key figure. Described by DownBeat as “one of the brightest and most dedicated talents on the Chicago jazz scene”, Allemana has been plying his trade on the scene for the past three decades, alongside the likes of Charles Earland, George Freeman and Bernard Purdie. In 1997, Freeman asked Mike to join his quartet, after sitting in at the Tuesday evening jam at new Apartment Lounge on Chicago’s South Side. That relationship lasted for fifteen years, until Freeman’s death.

On Vonology, Allemana took Freeman’s interest in astrology as inspiration and ran with it. “Numerous musicians of Von’s generation interpret the world to some degree using an astrological lens,” Allemana explains. “Because of Von’s interest in astrology, I decided to investigate his natal horoscope, to compare readings of his chart to what people have said about him and his music, and to my experiences performing with him.” That, combined with the uncovering of Von’s real birth certificate (a Libra born in October 1923) suggested an astrological methodology specific to Freeman, which Allemana translated into a series of modes used to anchor the piece and develop what he calls Freeman’s “zodiac tonality.”

‘Welcome, Enter’ opens in a spiritual mood, splicing collective gospel chants between free-form textures that ruminate intensely. It references aspects of Freeman’s musical identity – there’s a guttural edge to Geof Bradfield’s fluid soloing, but there’s also a reminder of the importance of singing to Freeman, a theme that persists throughout the album. The composition, structured around Allemana’s Zodiac-themed mode (that conveys the dreamworld that fired Freeman’s imagination) culminates in a showcase for Michael Raynor’s rumbling drumming (Raynor too was a Freeman sideman for more than two decades).

‘Libra, The Mediator’ hones in on Freeman’s personality. “Libras desire and understand how to connect deeply in dialogue with others,” Allemana says. Electric guitar, bass and drums open with a sparse, creeping groove, broken up by compelling and well-controlled angular ensemble writing. ‘Communion and Renewal’ departs from the astrological plane, drawing solely from his musical intuition to replicate the luscious 1940s horn-section tuttis and melancholic lyricism of Freeman’s ballad playing.

‘Libra Channeling’ returns to astrology, a nod to Freeman’s pursuit of something higher. It deploys the rhythmic methods of the second movement, which Bradfield and Reid use to focus their innately expressive dueling. It segues directly into ‘The Mentor’s Benediction’, where vocalist Bill Brickey, acting as a pastor-like figure, asks ‘what does it take to create beauty out of pain?’ A sequence of ensemble explorations, spoken word and wordless singing (from vocalist Lindsay Weinberg) coalesce into a composition bound by collective responsibility, underlain by Raynor’s unpredictably free foundation. Fiery unisons burst out, before proceedings arch back to the album’s opening melody, as the project comes full circle. It makes for a persuasive tribute to Freeman, as his former guitarist fuses life experience, scholarly insight, astrological investigation and musical intuition to create a passionate, timely statement.