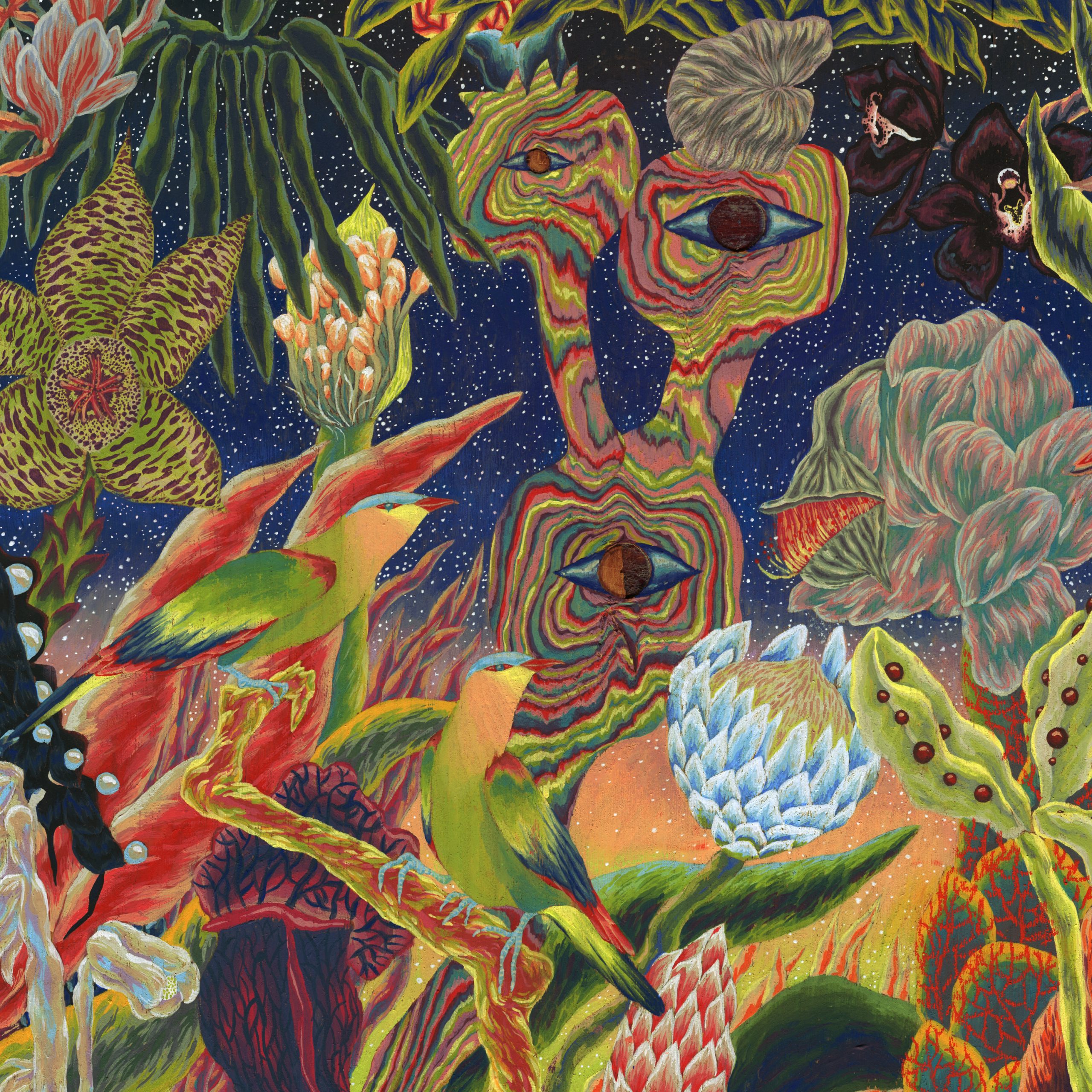 Keyboardist, vocalist and composer Rachel Eckroth’s album The Garden is an assemblage of avant-garde, multi-layered compositions flaunting her musical expression through synth orchestration and boundless textural sounds. After amassing widespread acclaim, including a GRAMMY® nomination in the Best Contemporary Instrumental Album category for the upcoming 64th annual GRAMMY® Awards, The Garden’s critical success has cemented Eckroth’s stature as a leading, anomalous fortress of music today.

While improvising during one of her recording sessions for The Garden at Sonic Ranch Studios in Tornillo, Texas, Eckroth left the studio having planted more musical seeds than she set out to. She presents the surplus of her improvisations from the session on her new LP, Common Mutations, due out February 11 on Rainy Days Records.

Common Mutations is a completely unplanned, improvised set of songs featuring Eckroth on keys and rhodes alongside Tim Lefebvre on electric bass and reaktor and Christian Euman on drums. Musical collaborators and partners Eckroth and Lefebvre spent a large amount of time at home during the pandemic improvising in a room of keyboards, modular synths, effects pedals and drum machines. With an idea to bring their work at home into a studio setting alongside a live drummer, they deployed to a session at Sonic Ranch characterized by unrestrained improvisation.

With masterful effects added by producer and sound engineer Jason Kingsland, Common Mutations presents as an enchanting, alternative realm to its predecessor, one where trees catch feelings and the Sun is seeking an inexplicable revenge. This haunting personification of nature is achieved in under ten minutes across three tracks on what Eckroth calls “the darker side of The Garden.”