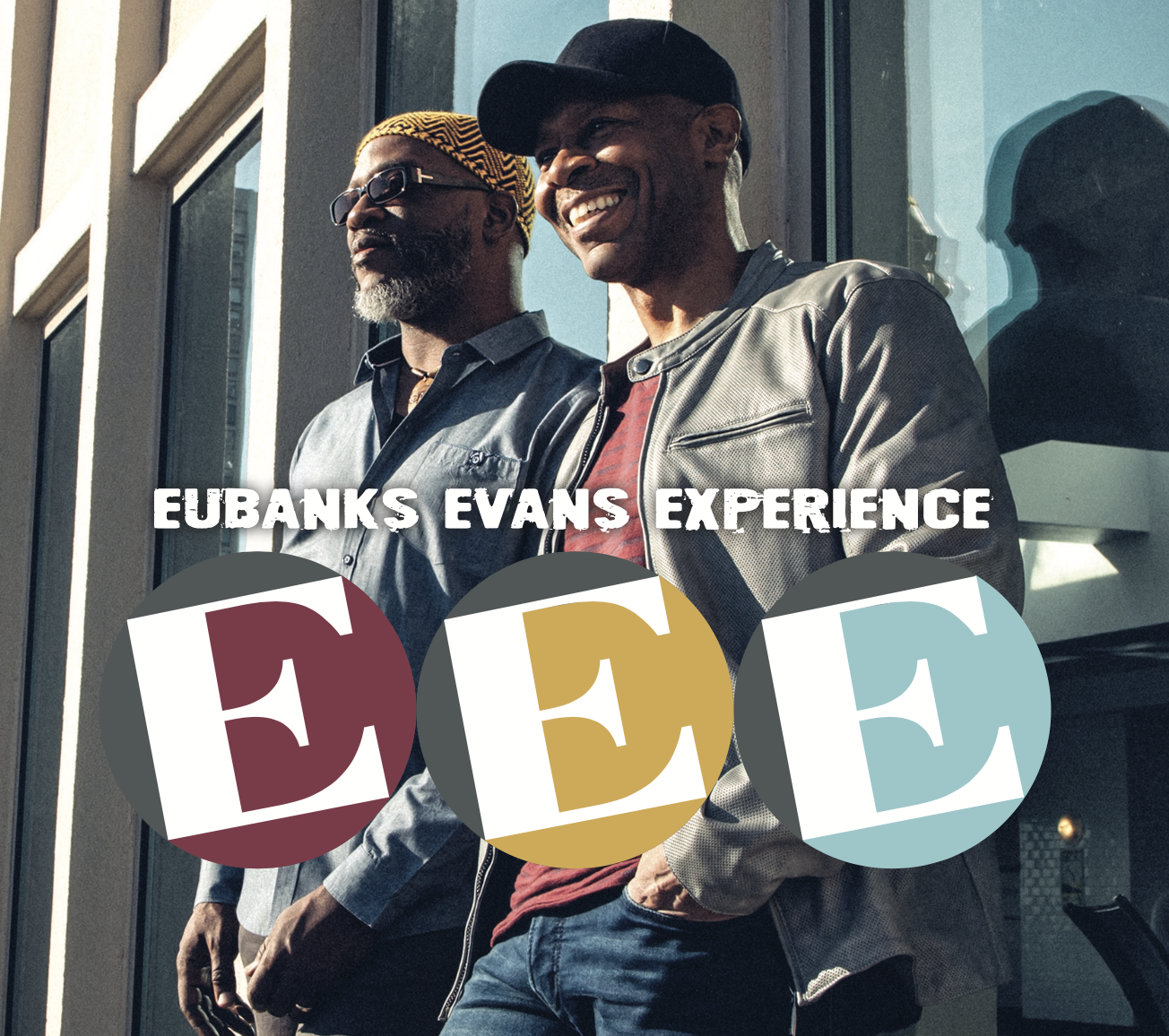 Imani Records is excited to announce the forthcoming release of EEE (Eubanks-Evans-Experience), the debut duo recording by two of jazz’s most acclaimed and eclectic artists. Due out March 18, 2022, EEE brings together guitar great Kevin Eubanks with adventurous pianist Orrin Evans for a set that’s as wide-ranging and unpredictable as audiences have come to expect from these two risk-takers. Created in an atmosphere of spontaneity and try-anything experimentation, the repertoire veers from gut-rumbling blues to delicate, airy impressionism, mixing up on-the-spot originals with funk-jazz deep cuts and classic tunes by jazz masters. Audiences will have an opportunity to hear these two greats live during March and April of this year as they embark on a tour throughout California, the Pacific NorthWest and the NorthEast.

Eubanks and Evans share more than their Philly roots – though that’s not an aspect that can be discounted, and the city’s tension between brotherly love and gritty attitude courses through the album’s veins. Both also bring a wealth of experience to the table, along with a friendship of long standing. Eubanks, middle brother of the well-known jazz family, made his name through a series of electrifying releases in the 1980s before spending a decade and a half as bandleader for The Tonight Show with Jay Leno. Since that stint ended in 2010, he’s reemerged as a vital voice on the modern jazz scene leading his own bands along with resuming his partnership with bassist Dave Holland in the band Prism. Nominated for a 2018 Grammy Award for his Captain Black Big Band, Evans has been splitting his time recently between his own prolific performing career and newly appointed role as the Artist in Residence of the DC Jazz Festival.

While EEE marks the pair’s recording debut as a duo, there’s an inviting ease and a scintillating chemistry to the meeting of Evans and Eubanks that speaks to their parallel histories as well as their shared fearlessness. That’s reflected in the offbeat choice of material on the album, most of which was decided upon at the spur of the moment – both in the studio and on stage at Philadelphia’s Chris’ Jazz Cafe.

The album harkens back to Eubanks’ 1983 debut Guitarist with the album’s opening track “The Novice Bounce”, beginning the album with a sauntering improvisation which builds into a soulful bounce, wrife with moments of tasteful interplay. The duo continues with a reimagining of the Tom Browne song “Dream of Lovin’ You”. Departing from the funky upbeat feel of the original, this version is an introspective ballad, fully embodying the “dream” aspect of the title. Evans contributed the heartfelt ballad “Dawn Marie”, a tribute to his wife and creative partner, Dawn Warren Evans.

Freedom is a theme that runs throughout the DNA of this release, and the freedom of two like-minded, and deeply well-versed artists playing in a duo context allows for spontaneous creation of the highest echelon. “I like to play with musicians where you don’t have to talk much; you just find a feeling and a direction and go there together,” says Eubanks, “There’s a certain trust that the person is going to bring a vibe, a texture and a personality to the song, even if you’re making up as you go along. With Orrin, I feel confident that if we say, ‘Let’s just start a song,’ we can do that; but if we want something really articulate and planned out, we don’t have any problem with doing that either.” Tunes such as “I Don’t Know” and “And… They Ran Out of Bisquits!” tap into that freedom with spontaneous compositions stemming from a single melody or groove and blossoming into truly expansive works.

“Variations on The Battle” and “Variations on Adoration”, recorded live at Chris’ Jazz Cafe in Philadelphia, allow the duo to stretch out for nearly thirteen minutes, performing variations on Evans’ “Half the Battle”, then doing the same for “Adoration” a ballad from Eubanks’ Zen Food album that also served as his farewell performance on The Tonight Show.

“What I love about Kevin is he’s not afraid of the journey,” Evans says. “When you have nothing to prove, the possibilities of the music are just amazing, and that’s pretty much what’s happening here.”

Photo of Kevin Eubanks and Orrin Evans by Anna Webber