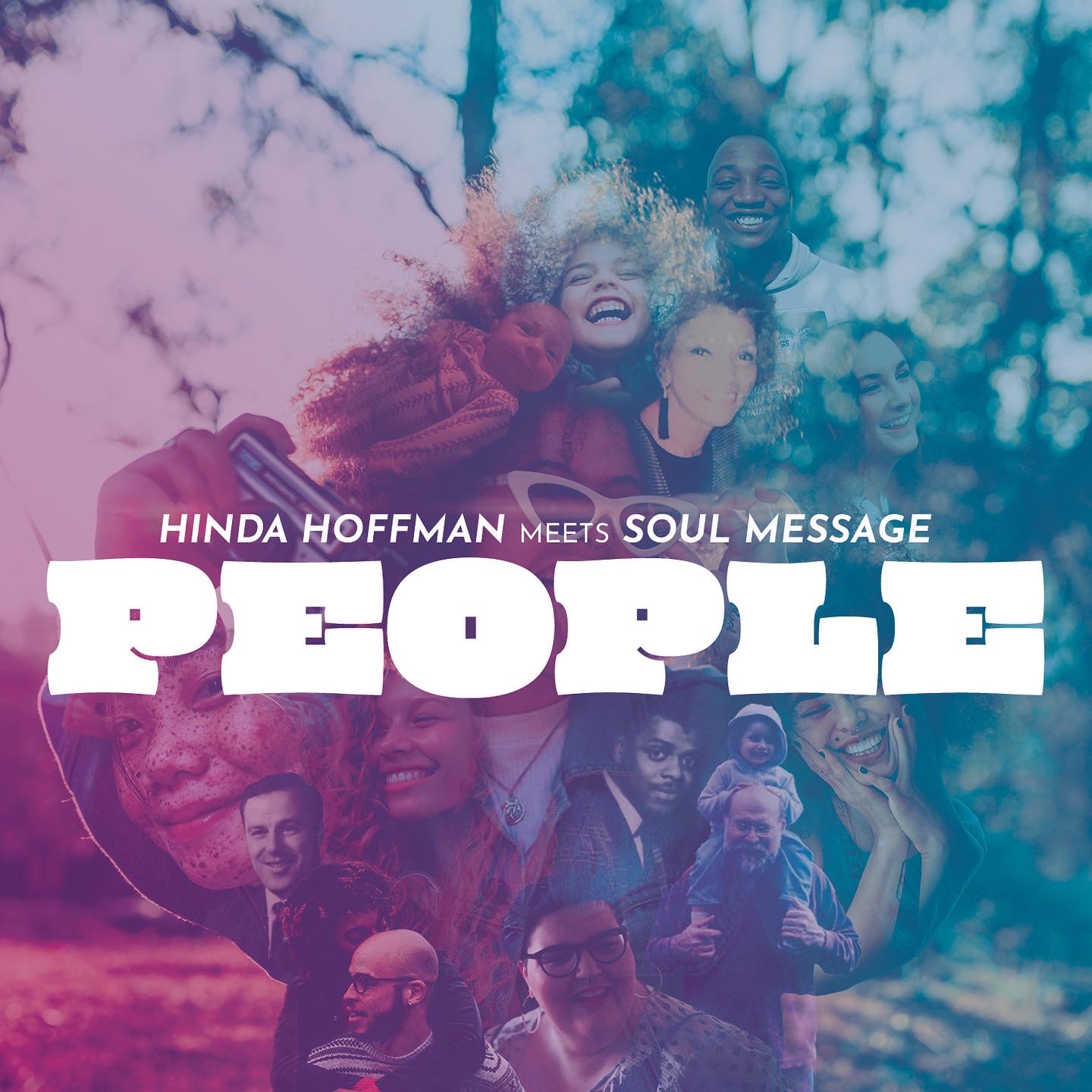 Know You Know Records is thrilled to present People – the first collaboration between powerhouse vocalist Hinda Hoffman and the renowned Soul Message Band. Two heavyweights of the Chicago scene – vocalist Hoffman and the organ-led Soul Message Band (Chris Foreman on Hammond organ and drummer Greg Rockingham, plus saxophonist Greg Ward and guitarist Lee Rothenberg) team up for a nine-track album that collectively charts new territory – People marks Hoffman’s first appearance with an organ group, and the group’s first foray into vocal jazz. With ingenious arrangements penned by producer Dennis Carroll, the result is a collection of top-tier soul-fuelled jazz drawn from well-known and unfamiliar corners of the Great American Songbook. Hinda Hoffman Meets Soul Message will release People on February 11, 2022 on all digital platforms, and as a compact disc.

The Soul Message’s story began with its leaders Foreman and Rockingham, who first met 37 years ago at a club on the south side of Chicago known as The Other Place. They initially bonded over the shared love of the music of Jimmy Smith and Jimmy McGriff. “We were infatuated with the sounds of those organists,” says B3 whizz Foreman. “They got the whole style going, and we both decided to keep that process going.” Foreman and Rockingham eventually became two-thirds of the Deep Blue Organ Trio, a celebrated mainstay of the Chicago jazz scene for more than two decades. The Trio’s disbanding didn’t stop their relationship from going from strength to strength though, and the pair now approach forty years playing together in a multitude of musical projects.

Foreman and Rockingham welcomed Philadelphia-born guitarist Lee Rothenberg into the fold in 2014, and, along with addition of saxophonist Ward (William Parker, Lupe Fiasco, Tortoise, Makaya McCraven) the Soul Message Band was born. Meanwhile, Hoffman fell into the Message crowd after sitting in at a club gig – “I just felt so at home with them,” she says – they decided to put together a recording almost immediately after their first encounter in 2018. “It’s kind of like a 1950s style outfit, with a singer and a real heavy-grooving organ band. I just felt like I found my niche.” But Hoffman’s journey to her current status as one of the standout singers on the Chicago circuit was not nearly as straight-forward, deciding to pursue jazz singing in her forties after a traumatic singing experience in her youth.

Hoffman recalls being encouraged by a passionate music teacher to sing Barbra Streisand’s “People” at a parent-teacher showcase event. It was the first time she had ever sang in front of strangers, and after a couple of bars, she vomited because of the nerves. The event was so traumatic that she vowed never to sing in public again. In a weird way then, the inclusion of People on the album is an act of artistic rejuvenation. “It was a full circle moment for me – a kind of healing.”

The band begins their foray into the Great American Songbook with their busy, organ-filled take on the Cole Porter classic “All of You”, Ward’s dynamic solo voice unfurling a sequence busy of lines. “Don’t Worry ‘Bout Me” and “How Insensitive” showcase the versatility of Carroll’s arranging – the first, sensitive, spacious and full of atmosphere, the second a mesh of funk reminiscent of Thrust-era Herbie and focused swing. Then, Percy Mayfield’s “Please Send Me Someone to Love” gives Foreman a chance to really take it to church. Unlike some of his jazz organ contemporaries, Foreman was a latecomer to the church, but quickly grew to love it – “this is the biggest “church flavour” on the album,” he says. The band’s rejoicing is palpable as they give it their all.

Hoffman is at her unapologetic best on the restlessly exciting “Get Out of Town”, fuelled by Ward and Foreman’s spiralling lines. “People” is another one of Carroll’s hybrid arrangements that begins in rhumba territory before relaxing into a laidback swing, morphing into a vessel for showing off the Soul Message’s array of soloing talents. “Old Devil Moon” trots along in a funky, Hubbard-ish manner that transforms into a hard-swinging, razzle-dazzle showtune.

“Carroll’s arrangements have the right combination of soulfulness and subtlety,” commented Rothenberg. On “Like a Lover”, Carroll gifts the band a piece within a piece – a tender duet shared between Hoffman and Rothenberg that’s simple and melodic, where many would feel an urge to fill the space. “Angel Eyes” finishes with a flourish, in an Afro-Cuban inspired take that revolves around enticing organ hooks and florid soloing from Foreman. The renaissance of the jazz organ combo continues to produce intriguing moments.