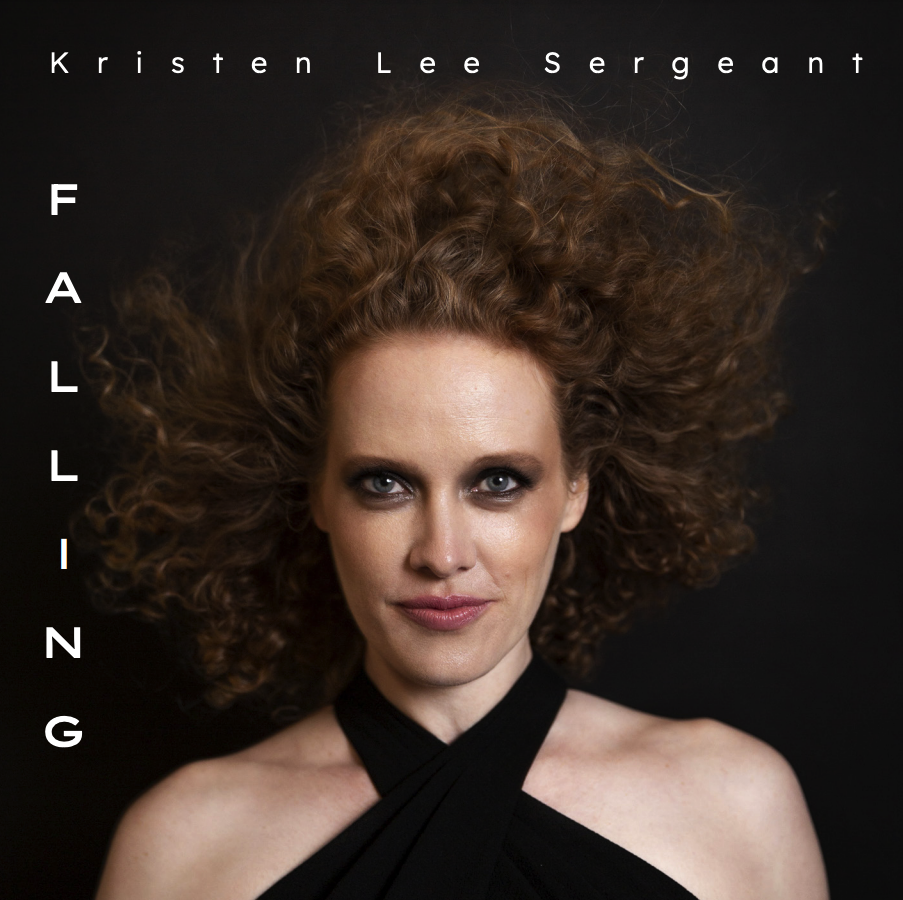 Based in New York City, both her debut and sophomore releases (Inside Out and Smolder) were awarded DownBeat Magazine ‘Editor’s Pick’ designations and she was praised for “moments of engaging drama, whether she’s seductively sliding into a note with a near-whisper, delivering a breathy revelation or belting out a lyric with full-throated muscularity”. That variety of musical color derives from Sergeant’s rich tapestry of influences that stretch far across artists (Dianne Reeves, Judy Garland, Joni Mitchell and Fiona Apple) and art forms (jazz, theater, opera and 1970s pop).

Falling, her third studio album, sees a change of direction as Sergeant revisits her formative feel for musical drama. A wholly-immersive experience, Falling is a full-bodied concept album that brings listeners on an extraordinary musical journey, touching on numerous emotional high points along the way. Informed by the precarious times we’re in, but never bogged down by it, Sergeant’s latest is an exploration of the feeling, the state, and even the mythos surrounding the act, and the gravity, of ‘falling’.

The aptly titled “Let’s Fall” sets the scene, as Sergeant drops headfirst into a dusky night-time landscape full of nocturnal thrills. It flashes through vaudevillian chansonnery and bristling quintet textures, where Patton emerges as a stellar soloist. Sergeant’s natural penchant for storytelling appears on the mythical cathartic journey of  “Sisyphus”, where she tells the age-old tale of “pushing that rock up that hill”. Perpetual resistance is eventually overtaken by a sense of acceptance, as the tune settles into a bobbing, lilting feel that transports the musicians higher and higher.

Sergeant composed “Infinity Blues” after meeting an astronaut, and this piece begins its flight with Nash’s searching soprano solo. “Swing doesn’t have to be retro,” Sergeant notes. She sings, “I’ve got the infinity blues / I want no weight in my shoes”, epitomising the song’s essential, existential drifting through life.

“Chiaroscuro” is an allusion to Renaissance art captured in music, with well-crafted counterpoint featuring starkly lit moments that wax and wane throughout. Next up, the ingenuity of Sergeant the lyricist comes to the fore as “Honey” squeezes out a stream of rich, gooey imagery over a classic get-up blues, where bassist Hannah Marks really lays it down.

More strong imagery flows out of the ensemble on the fluttering “Birdsong”, as Sergeant warns us of the dangers of settling for illusory comfort when freedom is still an option. “The prize isn’t worth the game,” Sergeant reflects on “Better Off”, but this is an altogether more personal affair, that’s fleetingly brief yet packed with lingering sentiment. “Aren’t I naked enough for you?” she sings, pointedly.

Myths and legends abound on this record – next is the bold, dramatic “Orpheus”. What might Hades sound like? Drummer Jay Sawyer gives us some sort of answer, grooving through triple time into a head-nodding pocket surrounded by Greek chorus-style vocal arrangements. “Autumn Nocturne” then takes it down a notch in a cool, elegant presentation of Sergeant the vocal technician. The energetic span of “Black Magic” is fuelled by Nash and Sergeant’s warring trades and vaults into unhinged surrender.

With elements of jazz, musical theater, chamber music and 1970’s pop dotting her vast musical landscape, Sergeant paints a vivid musical portrait that is easy to get lost in. “From Greek myths to outer space, I hope to bring listeners on a rewarding and thoughtful journey in sound,” Sergeant reflects. “And I get to be their Virgil, stumbling down ahead of them.” Conceived as a rich multidisciplinary work, partnered with the recording is an immersive conceptual concert, scheduled to take place on March 31 at Joe’s Pub within The Public Theater in New York City.

All music by Kristen Lee Sergeant unless otherwise noted.