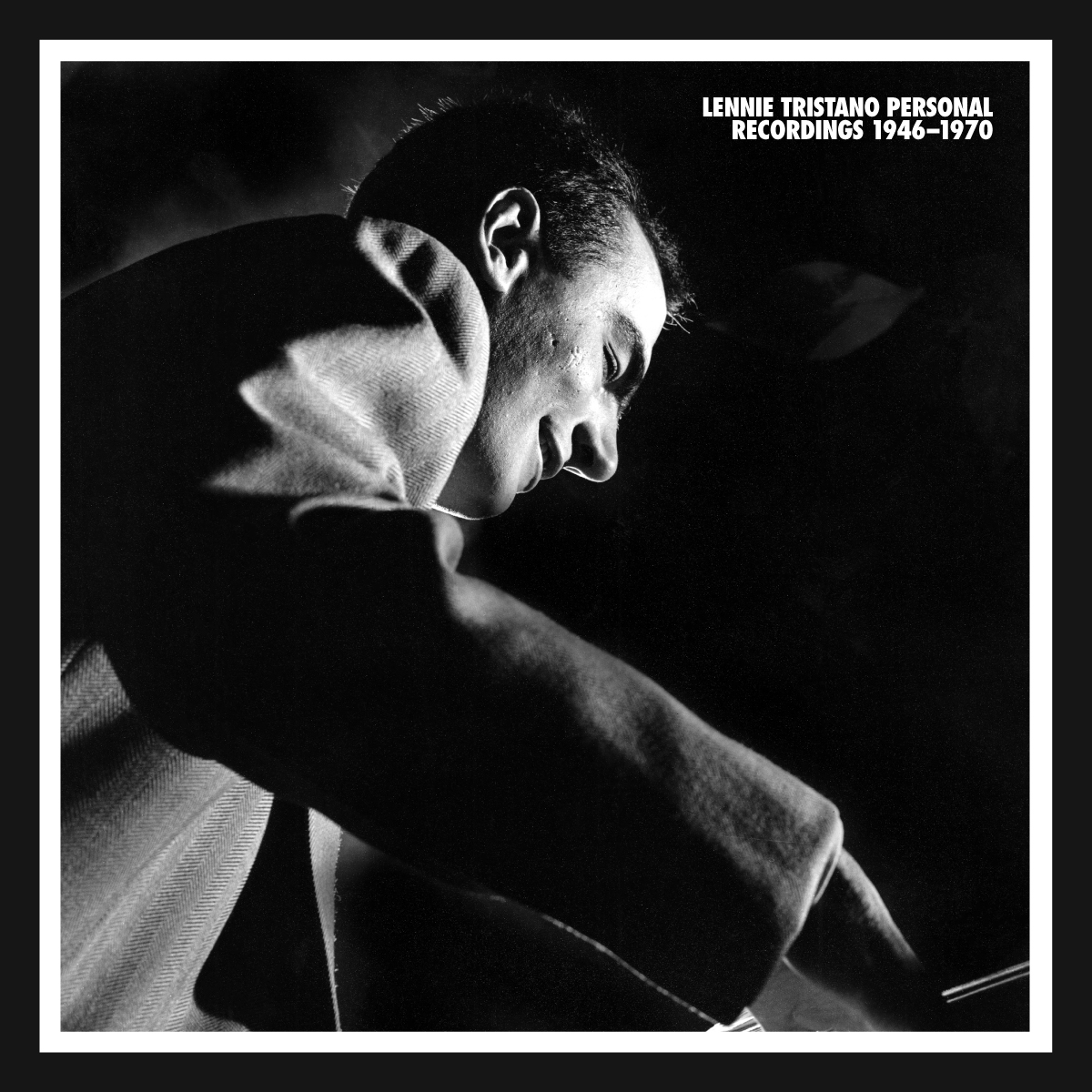 Dot Time Records and Mosaic Records, in partnership for the first time, are thrilled to announce the release of Lennie Tristano Personal Recordings 1946 – 1970. This 6-CD set, due out on November 15, chronicles over twenty years of stunning creative output from jazz luminary Lennie Tristano offering listeners the most comprehensive portrait of Tristano’s musical genius available.This limited edition boxed set will be available only at www.mosaicrecords.com.

“From the first recordings on CD 1, recorded live in 1946, you will hear a powerful and exuberant energy. And it is unwavering. Unrelenting. It is the force of Jazz feeling that Lennie felt and expressed so deeply,” Popkin indicates. “It is the same energy, the same powerful energy, that Louis Armstrong expressed – only now expressed by Lennie Tristano in his own way. This is the way Jazz evolved. The notes changed. The harmonies changed. The way of expressing rhythm changed, but the quality of Jazz feeling remained a unifying constant.”

The release of this striking 6-CD package marks a momentous collaboration between Mosaic Records and Dot Time Records – the first time in its nearly 40-year history that Mosaic Records has partnered with another label in the creation of one of their signature limited edition box sets. This goldmine of over seventy private recordings of the great pianist was brought to existence through the steadfast commitment of Executive Producer Michael Cuscuna and co-producers Jerry Roche, Carol Tristano and Lenny Popkin who are tireless in their pursuit to honor Tristano’s legacy.

Disc 1 features Tristano alongside Billy Bauer and Arnold Fishkin. These live trio recordings from 1946/1947 were recorded in Long Island, New York and capture the pure synergy, improvisational acuity and playfulness of this tight-knit ensemble. Right away, one notes Tristano’s incredible feel. “As it is expressed by his playing both as a soloist and playing with others, every note he plays has a personality. Every note is imbued with feeling. In the recordings presented in this set, you will hear that no matter what the tempo, the key, whether he is playing quarter notes, eighth notes, sixteenth notes – no matter how fast, each note is distinct. Each note has character,” reflects Popkin.

Disc 2 features marvelous solo piano recordings of Tristano recorded both at Rudy Van Gelder Studio and at Lennie’s own East 32nd Street studio. The 15 tracks on this disc demonstrate Tristano’s inner world of harmony. One can’t help but be in awe of Tristano’s technical facility but what is truly astounding is the pathos and soul felt in each track.

Disc 3 features live sextet recordings of Tristano alongside Lee Konitz, Warne Marsh, Billy Bauer, bassists Arnold Fishkin and Joe Shulman, and drummer Jeff Morton. This marks the first recorded performance of a group of jazz musicians performing free jazz in front of an audience in a club. Lennie Tristano’s daughter and co-producer of this album, Carol Tristano indicates that “he embodies that link between free playing and swinging jazz. The free playing of these four musicians together has, to this day, almost no parallel. It is not random, nor is it instant composing. It is rooted in jazz feeling and being created completely spontaneously in the moment. The result is no experiment! Each piece tells a story and is great music of the highest order. You may find it can remind you of what it’s like to listen to a great composition — but it’s not composed — that’s the magic of it!”

Disc 4 features Tristano playing straight-ahead jazz with two fantastic trios both with Peter Ind on bass, one with drummer Tom Wayburn, the other with drummer Al Levitt. “The trio sides with Peter Ind, Tom Weyburn and Al Levitt are among my favorites. Lennie with a rhythm section — wowing you with his lyrical prowess, doing that thing that great musicians can do —  compelling your ear into a state of pure pleasure! No matter how many times you hear a great solo, it will affect you the same, if not more, every time,” shared Carol.

Disc 5 contains duos and trios with bassist Sonny Dallas and drummer Nick Stabulas. The duo tracks capture the intentful listening of two friends and musicians eager to create beautiful music together, and the trio tracks demonstrate the rare interplay of three musicians who are connected to each other’s every melodic refrain and harmonic exploration.

Lennie Tristano Personal Recordings 1946 – 1970 serves to honor the true legacy of one of the architects of jazz. In short, to share co-producer Jerry Roche’s vision for this triumphant compilation of never-before-released Tristano excellence, “I believe this Mosaic/Dot Time Records box set will help Tristano finally receive his critical due.”