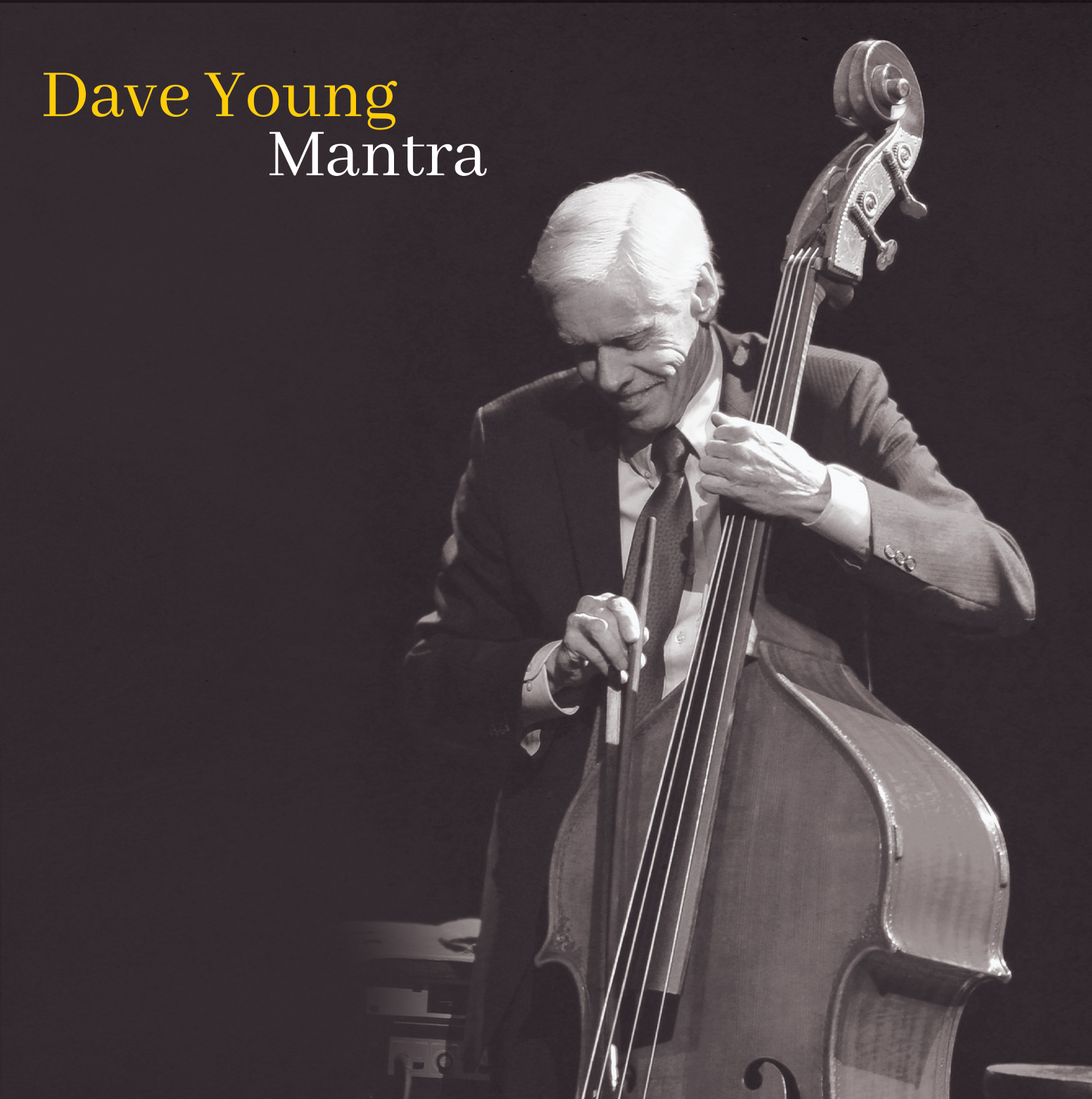 Modica Music is delighted to announce the November 5 release of Mantra, the latest album from Canadian bassist and Juno award-winning member of the Order of Canada, Dave Young.

Young is one of Canada’s most celebrated bassists. A first-call musician for the likes of Oscar Peterson, Tommy Flanagan, Kenny Barron, Oliver Jones and Cedar Walton, he has commanded an international career spanning some fifty years. On Mantra, Young augments his sextet, featuring trumpeter Kevin Turcotte, reedist Perry White and a backline of Reg Schwager on guitar, Brian Dickinson on piano and Terry Clarke on drums, to include three guests – Ewen Farncombe on organ, John Johnson on alto sax and flute, and Les Allt on flute as well.

Around Toronto, where he has been based since 1967, Young has built a fruitful career as a sideman and session player notable for his fine technical facility and elegant tone. On Mantra, Young’s sixteenth release as a leader, he shifts his focus through the presentation of six original compositions alongside the likes of Thelonious Monk, Woody Shaw and Horace Silver. Young sees these free-flowing tracks as jumping off points for his collaborators: “I like compositions that are not overly complicated in terms of harmonic changes – it makes the guys think too much,” says Young. “I’m a firm believer that you shouldn’t be thinking too much when you’re improvising – you should just be going with the flow.” And going with the flow is what the band certainly does, elastically stretching through different feels and styles and always snapping back into gentle but precise grooves.

Like so many musical projects, Mantra came together during one of lockdown’s brief relapses. Although the compositions featured on the album all date further back, Mantra acts as a collector’s edition for Young’s compositions over the past twenty years. For Young, who is working at about 25% of the workload he experienced before the Coronavirus pandemic, the chance to record something was essential: “There’s a lot of time to step back and really appreciate all the things going on, and to assess the music you’d actually like to record – recording is one of our priorities.” Despite the difficult situation the album was born from, Mantra sounds as if the band had never been apart, aided by a roomily sound produced by Roberto Occhipinti.

It begins with ‘Green St. Caper,’ a nod to Woody Shaw which Kevin Turcotte captures via misty harmon-muted solo work. Named after a club in New York that’s long since departed, the tune is essentially a reworked version of ‘On Green Dolphin Street’. Something about the track sticks – it’s a tad more urgent than Shaw’s version, allowing Young to show off his nimble bow-work. The tune rolls quickly into ‘The Gypsy’, dedicated to Young’s late friend Bob Murphy. “Life has strange twists,” says Young. “It still goes on, but the tune is still in my mind.” ‘Waltz for Blue’ is also dedicated to the life of jazz trumpeter Blue Mitchell, where Ewen Farncombe’s organ tones sneak stealthily into the picture for a tastefully restrained solo contribution.

“Monk is always challenging, no matter what tune he wrote. And with a sense of humor too!” Young says. There’s no finer encapsulation of that spirit than on ‘Evidence’, with its stabbing head and a disjunct vitality that eventually cracks into a free-and-easy swinger for Turcotte and Perry White to take up the solo mantle. ‘Inside a Silent Tear’ changes the scene entirely, as Young’s arranging nous helps capture the distinct vocals of Blossom Dearie by utilising White, this time on bass clarinet. The track also exposes Young at his most reflective, adding a new colour to the band’s vivid night-time picture.

‘Mantra’ snaps back into the bright and breezy through a simple structure of three, giving soloists space to explore, followed by ‘Opus de Funk’, an early Horace Silver blues from Young’s early days. Also harkening back to those early years is ‘Ode to the Southwest’, a tune that originally appeared in trio form with Cedar Walton that was written while Young was touring Colorado and New Mexico in the early 2000s. Two more Young compositions (‘We Three As One’ and Myako’s Waltz’) suggest a gentle end, but not before Brian Dickinson gifts us with a florid solo piano statement. It is in these hidden corners that Mantra shines under the notion that the best things are sometimes, the simplest.