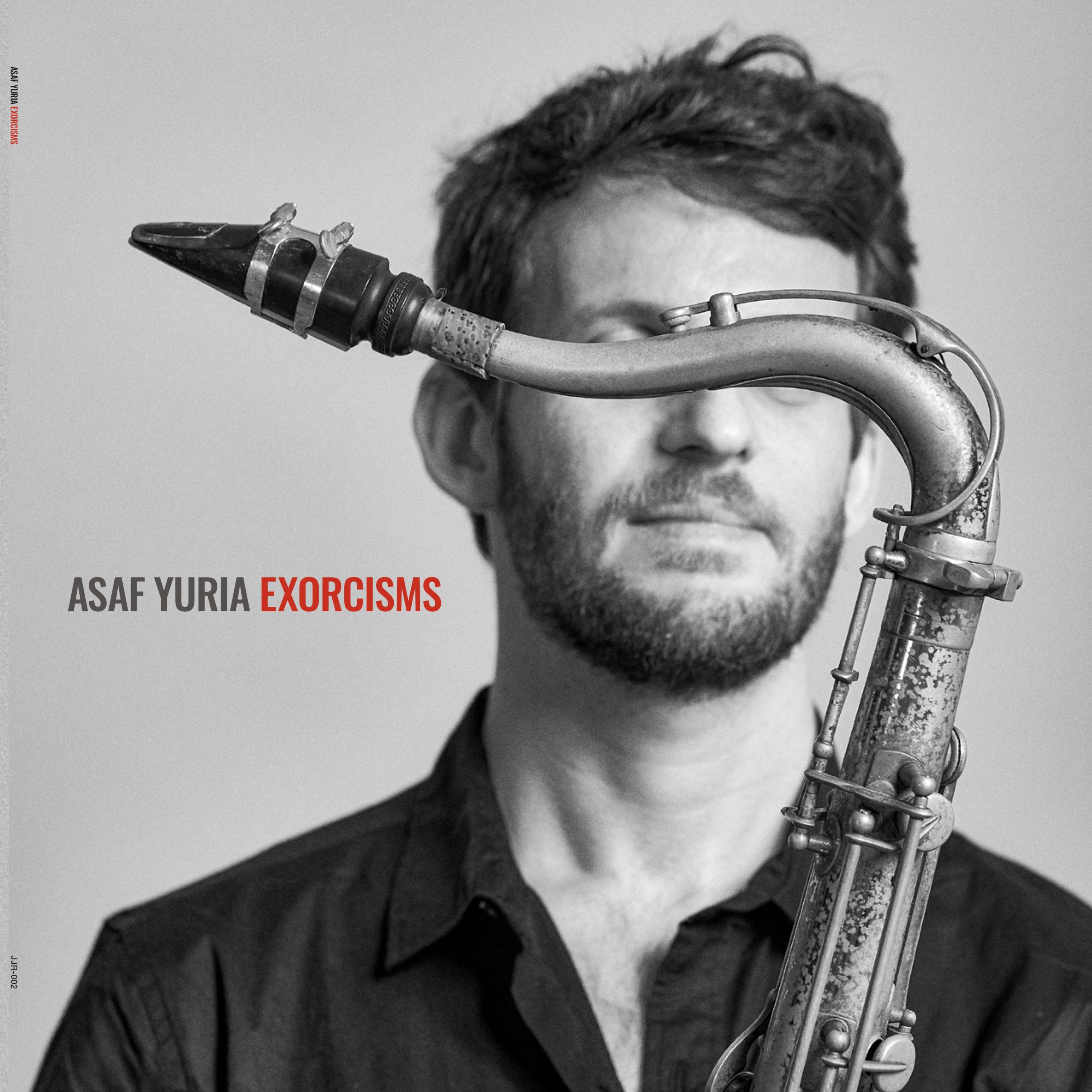 Born in Tel Aviv, Israel in 1985, Yuria was raised on the recordings of John Coltrane, Charlie Parker and countless others. By high school, he’d advanced to play alongside some of the top musicians in the capital’s close-knit jazz scene. However, the bright lights of New York City were always an aspiration for the young Yuria. He eventually moved to the US to follow his dreams, spending thirteen successful years playing in jazz clubs, jam sessions and music festivals around the world.

Yuria soon enrolled at the New School for Jazz and Contemporary Music in the late 2000’s where he came under the influence of close mentor Billy Harper, as well as George Cables, Reggie Workman, Billy Hart and Charles Tolliver. Over the past five years, Yuria has been a key part of countryman and world-renowned bassist Omer Atival’s quintet. In 2018, Yuria released his debut album, Papa Wawa. Nowadays, Yuria finds himself back in Tel Aviv.

“I’m looking for those unexplainable moments,” Yuria says of Exorcisms, which expands the personnel of his previous release from five to a chunky six-piece. On the album’s mysterious title, Yuria offers an explanation to dispel the definition found on the album notes [def: to free from or rid of evil spirits or other harmful elements by works of spell and magical formulas]: “I’m looking for that mysterious condition in which the listeners and the musicians are immersed in the present moment.” Yuria’s musical outlook deals with the abstract possibilities of music, allowing a clear route to a personal connection with listeners: “When people are present in the moment, then the music can really touch them.”

The album features a set of compositions dreamed up after his successful debut, tailored specifically to this band. “My priority is for each player to be able to use his voice most comfortably and as beautifully as possible, and to try to create the most compelling compositions I can. I work as intuitively as possible – it’s the idea of finding your individual voice through the study of the tradition,” he muses.

Exorcisms begins with “The Bell Ringers”, a busy straight-ahead swinger where lines gather momentum until they just about take off. It’s dedicated to his bandmates – the lineup has changed very little since the groups’ inception – as Yuria explains the strong relationships he found. “We all have different bells inside of us,” he explains – bells that ring when something clicks. “My bandmates ring that bell for me!” “Lotus Moon” is a chance for Yuria to take us on a groovier journey, flitting between Latin 8s and high-energy swing. “Wise Eyes” (for Yuria’s mother) is lushly scored but with a grit at its core; title track “Exorcisms” compliments and concludes the opener – another heavy swinger, featuring a rip-roaring solo from the constantly inventive Manasia.

“Out of the Mist” emerges from the second having, where Yuria reveals a tender sensibility. “Bright Night Light Flight” really rocks, as Brown leads the track away from the brightness and towards something altogether more emotive. “Mindful Breath” is reminiscent of the Art Blakey Messengers’ charts of old, opening with chattering horn lines deep in conversation. Solos fly around the band, but the key to the track is mindfulness – “learning to breathe mindfully is good for the music, and also for life,” says Yuria.

“The expression of study has to come out through the prism of my life experience and ideas,” he reflects. Yuria is bold with his goals, which shine through his highly intuitive charts steeped in detailed knowledge of great masters of the past.