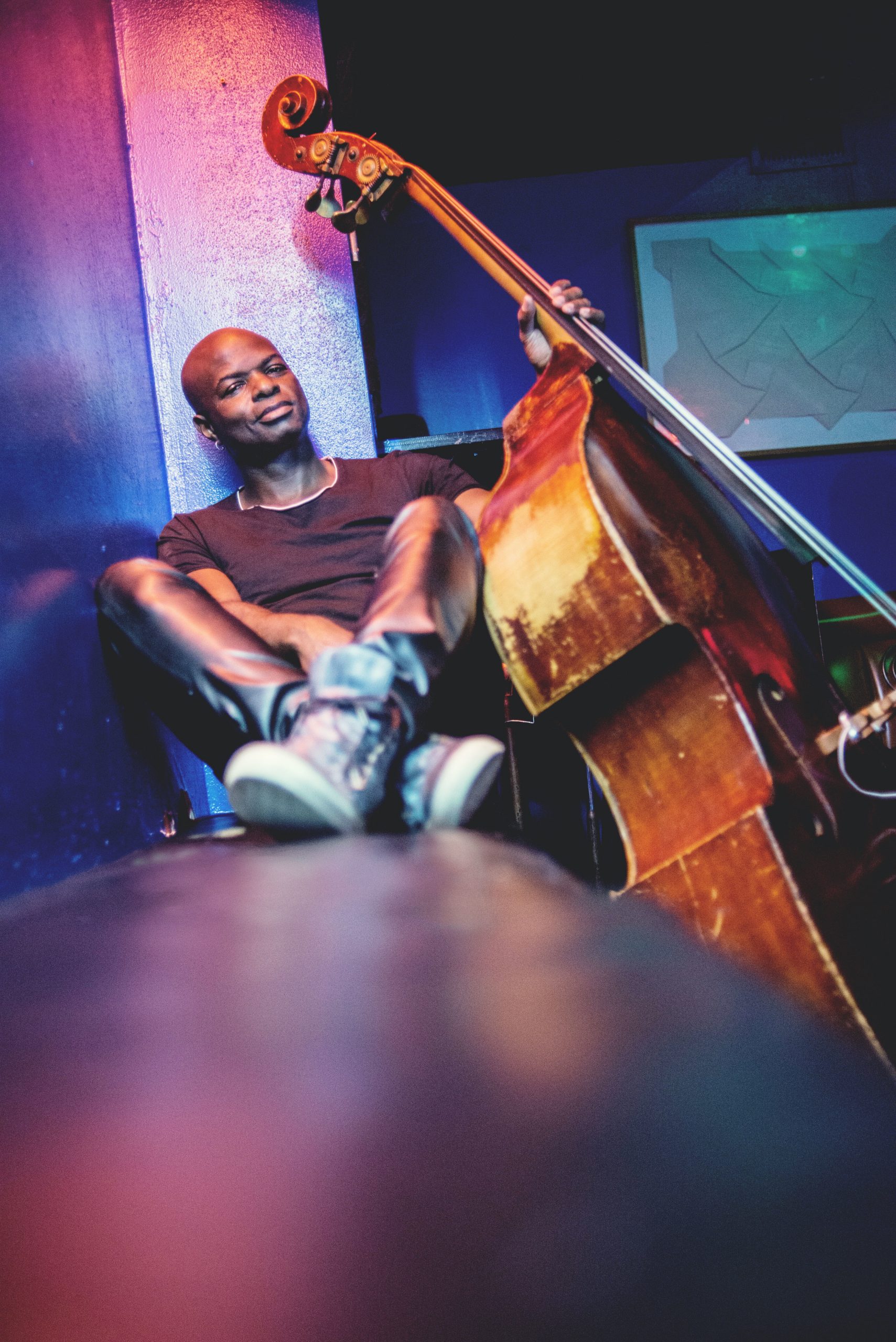 The acclaimed jazz bassist will hit the road early October starting in Maryland and ending in the Midwest.

“A master of the feel-it-deep feel on both upright and electric bass, the artist, composer and producer has been a sound architect for many enduring figures, as well as a boundary-dissolving leader.” – Stephanie Jones, Hot House Jazz

“Richie Goods and his Goods Project band have taken Mulgrew Miller’s music, absorbed it and re-imagined it into the bassist’s own vision..the music is played with respect and love and is modernized and energized with an unfailing groove,” – Ralph A. Miriello, Notes on Jazz

“As a wide-ranging collection of Miller’s work, My Left Hand Man is a thrilling homage and wonderful celebration of the jazz pianist’s life and legacy.” – Jamaal Baptiste, Black Grooves

New York-based, Pittsburgh-raised funk bass legend Richie Goods and his working band The Goods Project have received a prestigious South Arts Jazz Road touring grant, which will bring the group on the road this fall starting the first week of October. The bassist, known for his blending of funk and gospel sounds, will be joined by pianist Shedrick Mitchell, guitarist Quintin Zoto and drummer Jaylen Petinaud on tour.

The tour will kick off on Saturday, October 2 at An Die Musik Live in Baltimore, Maryland. More information on this venue and performance can be found here. The following week, Goods will venture off to South Kingstown, Rhode Island for a masterclass at the University of Rhode Island’s Department of Music, followed by a performance the next day, October 6, at the Shiloh Baptist Church in Cleveland, Ohio.

Up next, Goods will continue his traversing of the Midwest in Chicago, Illinois on Thursday, October 7 at The Promontory. Tickets can be purchased in advance here. The tour will conclude with two performances a night for two nights in a row at Cliff Bell’s in Detroit, Michigan, on Friday, October 8 and Saturday, October 9.

All performances will follow safety protocols and will be socially distanced. COVID guidelines specific to each concert venue can be found along with ticket information in the schedule below.

Bassist Richie Goods started his music career early on, performing in churches and clubs while still attending Pittsburgh Creative and Performing Arts High School. After graduating from the prestigious jazz program at Berklee College of Music, Goods moved to New York City where he studied under jazz legends Ron Carter and Ray Brown. He is the youngest person ever inducted into the Pittsburgh Jazz Hall of Fame.

Goods has toured among a wide-variety of musicians both within and outside the jazz scope including the Headhunters, Lenny White, Louis Hayes and the Cannonball Adderley Legacy Band, Milt Jackson, Russell Malone, Vincent Herring, the Manhattan Transfer and Walter Beasley to Brian McKnight, DJ Jazzy Jeff & the Fresh Prince, Whitney Houston and Christina Aguilera. He is featured on Grammy-award winning and platinum albums of Alicia Keys and Common. Richie most recently toured with Grammy-winning trumpeter, Chris Botti. The well-versed bassist points his musical success toward the jazz luminary Mulgrew Miller, whom Goods worked alongside for nearly a decade on tour and in the studio.

Goods’ two solo projects with his fusion/funk band, “Richie Goods and Nuclear Fusion, Live at the Zinc Bar” and “Three Rivers” received critical acclaim. His latest release, “My Left Hand Man – A Tribute to Mulgrew Miller” spent 16 weeks on the JazzWeek charts, 8 in the top 20.  When not on tour, he can be found in his Westchester, NY studio, producing records for his company, RichMan Music, Inc.