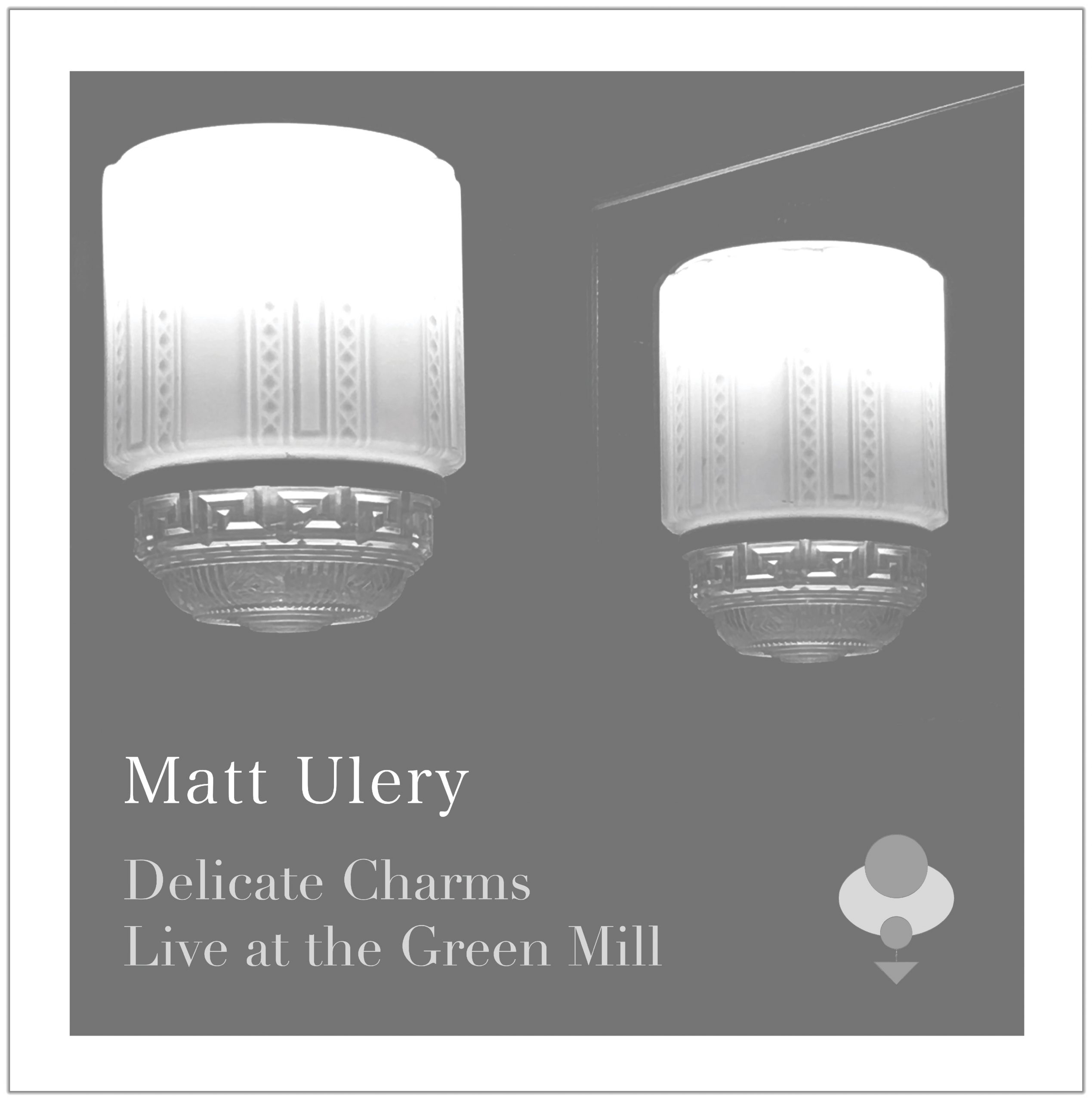 Woolgathering Records is thrilled to announce the October 6th release of bassist and composer Matt Ulery’s Delicate Charms Live at the Green Mill. This recording captures an electrifying evening of live music from Ulery’s Delicate Charms ensemble, performing at the legendary Chicago institution The Green Mill. Following the ensemble’s eponymous release in October of 2019, 2021’s Delicate Charms Live at the Green Mill presents six brand new Ulery compositions interpreted by five masterful musicians that when assembled, create a deeply adept ensemble unparalleled in interplay and dynamic sensibility. Profoundly reflective of the time-period in which the album was recorded, the exultant energy heard here captures an eagerly-awaited evening of live music – a hungrily anticipated night of freedom and creative expression after a disorienting period of imposed solitude due to the global health crisis. In addition, the travel restrictions of the time imposed some changes in the ensemble’s personnel – Ulery is joined here by pianist Paul Bedal, drummer Quin Kirchner, alto saxophonist Greg Ward, and trumpeter James Davis. On the night of release, Ulery will kick off the first outing of his new weekly residency at The Hungry Brain with an album release celebration. Details can be found here.

Ulery reflects: “Just as Chicago was starting to open up in April/May 2021, it seemed like the only live music happening inside was at some of the jazz clubs. The Green Mill was operating with a seated only capacity. While braving the elements, we were all so hungry for live music in a room together, so it was no surprise that the vibe in the room was tangible…We couldn’t imagine replicating the energy in a studio that was created and felt that weekend at the Mill. ” The band played six sets from 8pm to midnight each night for two nights, as Dave Jemilo, the proprietor of the Green Mill, mixed live sound. Performing new material written by Ulery within the year, Delicate Charms Live at the Green Mill documents the most spirited takes of the ensemble’s first impressions of these striking compositions.

The composer explains, “The tunes on this record have long, dynamic forms requiring intense engagement of the musicians at play. I wanted to create something new (to me) that has the composure of chamber music while having the agility through these forms only potent improvisers can bring to the flow… These guys absolutely crushed the new material, all the ink and all the dynamic improvisation that is always woven throughout this music.”

From the album’s very first refrains, the ensemble strikes an acute balance between harmonic intensity, thoughtful nuance and soulful delivery. Ulery’s orchestral genius is apparent when one notes the sheer range of timbre and dynamics that he pulls out of a single quintet – pieces like “We Are Just at the Limit” and “That Hideous Strength” seem to center heavily around the piano while “Oceans Away” and “The Arrival” are driven by the ensemble’s steadfast horn section. “Consumer of Time” makes ample use of Ulery’s stellar bass playing, before evolving into a true ensemble piece. These changes in density make for a diverse and exciting listening experience.

This live release acts as a vibrant follow-up to Ulery’s 2019 release Delicate Charms which garnered international acclaim. Hrayr Attarian of Chicago Jazz Magazine noted “The mellifluous and intricate Delicate Charms is thought-provoking and charmingly sophisticated. It is novel, complex yet accessible, which, together with its singular style, are the makings of an instant classic.” Michael Ambrosino wrote, for 33Third: Best of 2019, “By the end of the album you’ll realize this is Matt Ulery’s harmonic world, and we just live in it.” Delicate Charms Live at the Green Mill transports listeners into Ulery’s immersive harmonic world within the stirring, irreplaceable atmosphere of a live performance.