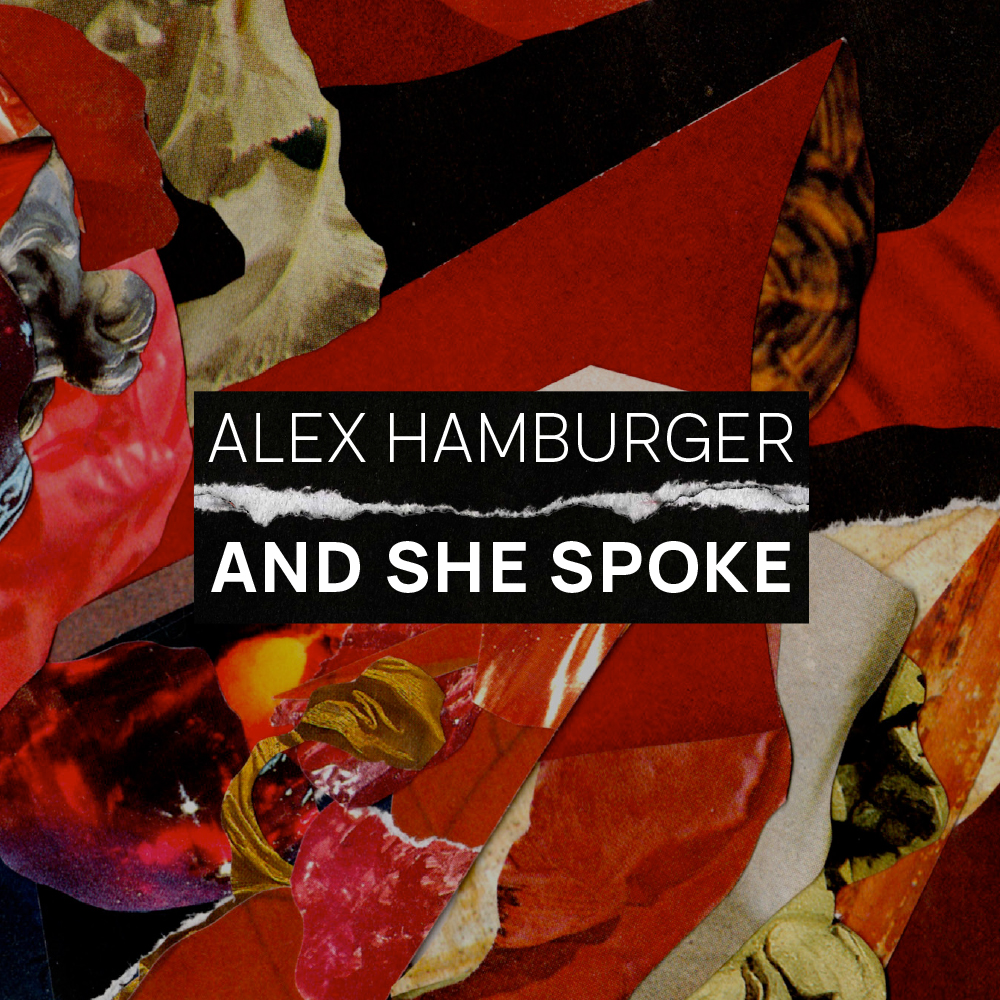 DC Artist and Composer Alex Hamburger memorializes strong, unrelenting women on debut record And She Spoke, due out November 5, 2021

Flutist-composer and singer Alex Hamburger threads generations of voices through her debut release And She Spoke, due out on November 5th. Focused on sharing women’s stories — from poets and  activists to composers and songwriters — the album offers original music and fresh  interpretations of enduring works. Exploring pieces from Geri Allen, Maya Angelou, Mary Lou Williams, Joni Mitchell and her own grandmother, poet and activist Ana Maria R. Codas, Hamburger creates a highly orchestrated, textural experience that  unfolds in thoughtful sequence.

In her liner notes, Hamburger describes the experience of conceiving and recording And She Spoke as “standing on the shoulders of giants.” She credits her own pathway through the music to the women — and, in particular, the Black women — who came before her. “These women made it so women like me could have a voice,” she says. “Women like Terri Lyne [Carrington] and Mary Lou Williams paved the way.”

Recorded in a single day at JazzCampus Studio in Basel, Switzerland, And She Spoke features quartet members José Luiz Martins on piano and Rhodes, Chase Elodia on drums and Hamburger’s mentor-turned-colleague Doug Weiss on bass. “Playing with Doug is always a lesson,” says the DC artist. “He’s just so solid and grounding yet so interactive — a part of this big swirling thing. What he brought to the music was really his experiences — who he is. Having someone from his generation who’s been around  and played around — even the way he talks about music — you can feel all that when  you play with him.”

Cool clarity from recording and mixing engineer Patrik Zosso serves the music’s precision and tonal colors, and Hamburger’s overall aesthetic for the recording. “Patrik heard the music and knew what it needed,” she says. The two mixed together remotely, sending each other notes and tracks. “We didn’t have that ‘sitting down moment,’ but he was really patient.”

“A lot of how we view music, on a very visceral level, is through texture,” says Hamburger. She and Martins match and reflect each other’s melodic development  against spontaneity, particularly on their stark, haunting arrangement of Mitchell’s “Last Chance Lost” that leads into Beatles classic “Across the Universe,” as well as on  Allen’s “Unconditional Love.” Foundational buoyancy enhances the record’s  exploration of texture, nuanced and elemental. “Waking in the City,” Hamburger’s response to Angelou’s “Awaking in New York,” delivers a mood-casting drone that  rapidly gains momentum. Hamburger serves a strong, soulful statement on her arrangement of Williams’s “What’s Your Story Morning Glory,” acknowledging the vastness of the Black, female experience in music. On “Burning the Letters,” the flutist-composer’s instrumental tribute to Sylvia Plath, a channel-driving, reflexive energy evokes a depth of feeling on a vivacious, conversation-like improvisation.

“People outside of certain circles maybe don’t know as much about who Geri was and what she’s done for the music,” says Hamburger. “I just love the way she wrote. I love the way she played and the way she conceptualized music. I had to include her in this project. She’s one of those women who broke the boundary and said, ‘Fuck this. I’m gonna play. Get out of my way.’”

Rich transitions abound throughout “It Comes Unadorned,” Hamburger’s arrangement  of Toni Morrison’s vivid verse. But the artist-composer’s most personal gesture  memorializes the revolutionary life of her grandmother who fought for academic  integrity under the Stroessner dictatorship in Paraguay. “I was blown away by her  poems and stories,” says Hamburger, “by this art that I was connected to and how  amazing it was and how much it resonated with me. She was the starting point [for this  project].”

Through Hamburger’s skilled arrangements and creative interpretations of existing  literary works, And She Spoke tells a series of stories that share an arc of resistance, grace  and grit. “It’s been a journey for sure,” she says. “That day in the studio was everything  I had worked on for so long. And it’s a dream come true.”

DC area-born flutist, composer and vocalist Alex Hamburger began touring at an early  age. A young member of Paul Carr’s Jazz Academy of Washington, she received  opportunities to perform all over the country with such noted artists as Randy Brecker, Javon Jackson, Warren Wolf and Carmen Bradford. Though emerging in her career, Alex  has played at a variety of venues around the East Coast such as Smalls, Birdland, The Blue Note, The Stone, Dizzy’s Club, Rockwood Music Hall, The Falcon, The Kennedy  Center, Bohemian Caverns, Twins Jazz and Zinc Bar as well as many venues and  festivals internationally such as The Telluride Jazz Festival, The Vienna Jazz Festival,  Basel Off Beat Jazz Festival, The Jazz Educators Network Conference and The  Washington Women in Jazz Festival. A highly sought collaborator with a distinctive vision, she has been part of a number of different projects, in addition to leading her  own. Alex currently co-leads a duo project with José Luis Martins that released the 2019 EP Vapor Trails. In 2018, Alex received placement in the prestigious Focusyear band at the  JazzCampus in Basel, Switzerland where she lived, studied and played alongside  masters such as Ambrose Akinmusire, Seamus Blake, Billy Childs, Guillermo Kien,  Dave Liebman, Jorge Rossy and Norma Winston. She is a 2021 recipient of the Chamber Music of America Performance Plus Grant, through which she and her quartet  will have the chance to work alongside her mentor Ingrid Jensen.