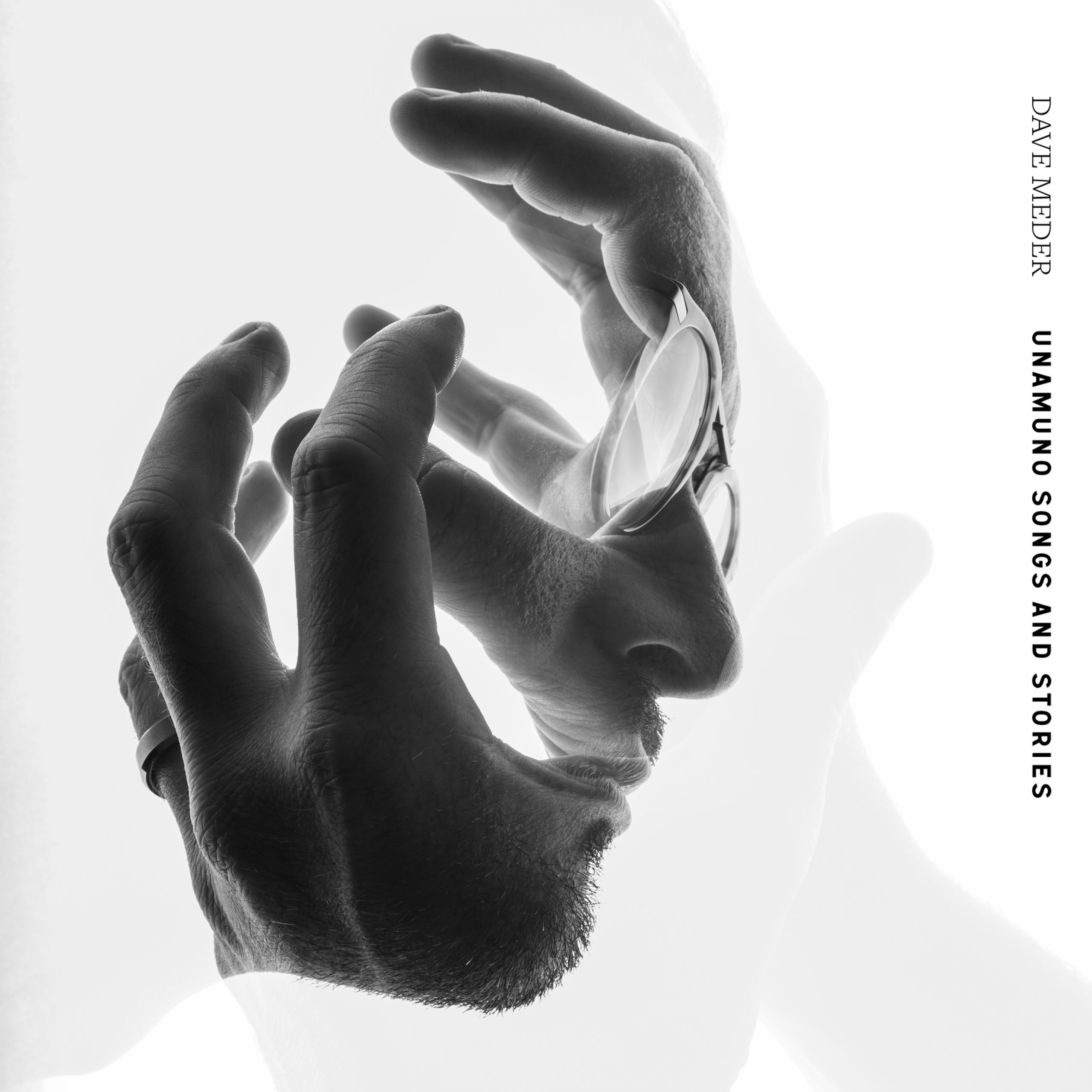 Celebrated Pianist, Composer and Educator Dave Meder Announces His Impassioned Sophomore Release Unamuno Songs and Stories, Out October 29 via Outside in Music

Outside in Music is thrilled to announce the October 29th release of Unamuno Songs and Stories, the latest album from pianist and composer Dave Meder. This release is a stunning response to recent sociopolitical turmoil in the United States, using the writings of Spanish Civil War-era philosopher Miguel de Unamuno as a historical analogy. Making poignant statements about this “critical moment” in American history, Unamuno Songs and Stories aims to celebrate life with themes of hope, love, and peace just as much as it serves to raise awareness of the growing threats to American democracy. Meder’s potent pianistic refrains are heard here alongside bassist Marty Jaffe, drummer Michael Piolet, trumpeter Philip Dizack and alto saxophonist Miguel Zenón. The official release celebration of Unamuno Songs and Stories will take place at the Soapbox Gallery in NYC on November 16th. More performances are scheduled through the United States; more information can be found here and below.

“It feels as though we are at a societal breaking point”, Meder exclaims, “Increasingly, our political discourse pits factually justified positions against pure misinformation, and independently verifiable truth against “personal truth.” It forces us into tribes, so that pride and ego prevent us from evolving in our own understanding of the world.” The artist finds historical context for this polarized political climate in the life and work of a complex figure: Miguel de Unamuno (1864 – 1936), a Basque/Spanish philosopher, poet, novelist, essayist, and academic most known for his work in the lead-up to the Spanish Civil War. Unamuno was a complicated man whose life and work are marked by the conflict between liberalism and staunch Catholicism, and his documentation of democracy sliding gradually into dictatorship has long fascinated Meder. “In 2020, when a global pandemic, a renewed struggle for racial reckoning, a fraught national election, and a contentious political transition left so many of us scrambling to explain it all…I reached again for Unamuno.” The music of Unamuno Songs and Stories is centered firmly around the jazz tradition while drawing thoughtful influences from an array of sources including Bach chorales, the blues, minimalism, and the piano works of Spanish composer Isaac Albéniz.

“When I compose, I find that improvised solos usually serve as means to a musical end, not ends in and of themselves… all solos on this album have a purpose within the overarching compositional structure of the piece. The soloists cannot simply “improvise” – they must know the function of their solo relative to the rest of the composition. If they fail to achieve the musical goal that I set for their improvisation, the whole composition fails to reach its potential in that performance. As a composer, it is a risk to delegate such tremendous responsibility to other players, especially given they had nothing to do with the initial creation of the music. It certainly takes time to find the right kind of artist for such a project: one who can not only “blow the horn” but can also be a “co-composer”, I could not be more pleased with how Marty, Michael, Philip, and Miguel beautifully merged their own individuality with my compositional vision on these tracks,” explains Meder.

Meder’s true stroke of genius is two-fold; the seamless integration of Unamuno’s subject matter, ideologies and methodologies into his own compositional process and his ability to communicate within these evocative compositions with nuance, grace and great intensity. This is perhaps most evident in the composition “I Look For Religion in War”, a spirited piece derived from a line in an Unamuno philosophical essay entitled “De la correspondencia de un luchador” (“From the Writings of a Warrior”). The essay itself twists our conventional idea of peace by casting it as a fleeting, temporary form of reality. True serenity, as Unamuno suggests, can be found in the regularity of warfare and battle. As such, Meder employs a somber, driving ostinato reminiscent of a war chant, as he and trumpeter Philip Dizack improvise beautifully atop – demonstrating the grace within warfare. At the point in the piece where the gnashing, fighting and struggle is reaching a climax, the music collapses into an idyllic, hymn-like melody loosely influenced by the piano works of Spanish composer Isaac Albéniz, followed by a rhapsodic bowed bass solo. At this point, we have become comfortable with the idea that the human struggle itself is our religion, and by the tone of the music, we have come to “worship” it as such.

“The Lake and the Mountain” is a musical representation of two primary symbols from Unamuno’s best-known work, “San Manuel Bueno, Mártir” (Saint Emmanuel the Good, Martyr). The short story centers around Don Manuel, the priest of a fictional rural village and his spiritual doubts – the mountain symbolizes faith and its promise of eternal life while the lake represents internal struggles, doubts and complexities. Meder remarks “Using the inimitable musical voice of Miguel Zenón, we attempt to paint this sense of spiritual duality, conflict, and agony.” Through its instrumentation and dynamic sensibilities, the piece highlights the duality and raw emotion of the original story.

“Exile” is an allusion to Miguel de Unamuno’s time in physical exile from Spain (1924-1930). The writer’s outspoken critics of the Primo de Rivera dictatorship cost him his position at the University of Salamanca and forced him to leave the country until a republic was reestablished in 1931. But, on a deeper level, the piece embodies the feelings of mental and emotional exile: the sensation of profound disillusionment at the actions of leaders and fellow citizens. Beginning with a tender bowed bass solo from Marty Jaffe, the piece reflects the notion of physical, emotional and mental exile and re-assembly as a people. As Meder notes “The group begins as a unified society, playing the melody together, but we quickly become exiled from each other, pursuing our own paths, rhythms, phrases…conversing here and there but largely existing independent of one another. As the piece builds, we begin to come together again.. And all the while, we are beginning to build something together: a grand and beautiful musical metropolis, if you will, where everyone maintains their individual voice while being an integral part of the whole. More importantly, everyone has an equal right to express their individual voice within this whole. Eventually, we reach a sort of catharsis, an outpouring of love and beauty, and the recognition of the collective pain we have experienced. Back together again, we return to the melody in a new spirit: one of hope, optimism, and a sense of rebirth.”

Unamuno Songs and Stories comes as Meder is fresh off the heels from his critically-acclaimed debut release Passage through which the pianist established himself as a uniquely versatile and broad-minded artist. Meder’s panoramic musical approach has earned him slots in the Thelonious Monk International Jazz Piano Competition, the American Pianists Awards, the ASCAP Young Jazz Composers Award, and the International Songwriting Competition. Meder has headlined at a host of prominent performance venues and educational residencies around the world including Jazz at Lincoln Center, Smalls Jazz Club, The Kennedy Center and Beijing Normal University’s International Music Festival. Meder is a recent recipient of the prestigious Fulbright US Scholar Award for Visual and Performing Arts, which brings him to Egypt as a guest artist and lecturer in 2022.