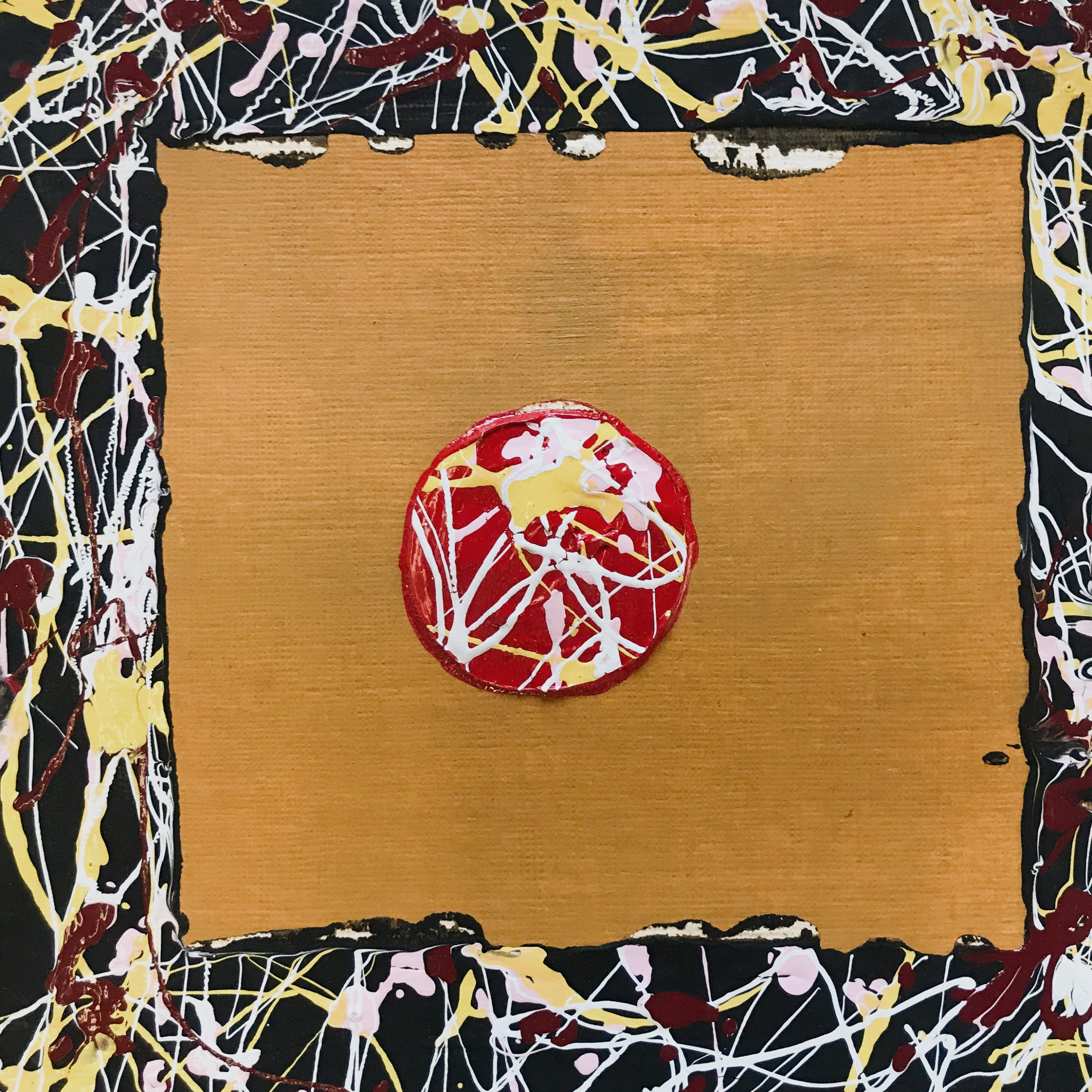 Gabriel Zucker presents Leftover Beats From The Edges Of Time, a new album with The Delegation, out September 24, 2021

“Zucker creates a compelling, mysterious world that is as beautiful as it is elusive…” — All About Jazz

Leftover Beats From The Edges Of Time, the latest release from polymath and musical maximalist Gabriel Zucker, is a sprawling and ambitious achievement. Five years in the making, the 90-minute record defies categorization or synopsis, featuring complex mixed-meter jazz, virtuosic chamber music, electronic soundscapes, and indie art rock — performed with emotion and urgency by Zucker’s virtuoso large ensemble The Delegation. Leftover Beats From The Edges Of Time will be available on September 24, 2021 on ESP-Disk’. An album release show will take place at Roulette, located at 509 Atlantic Avenue in Brooklyn, on Tuesday, October 5th at 8:00 PM.

Despite its stylistic variety, Leftover Beats musically coheres as a single, carefully crafted composition, portions of which were premiered at Carnegie Hall and Roulette in 2017 and 2019. Written primarily between 2015 and 2018, during several stints Zucker spent living and performing in England and throughout Europe, the record reckons with time, and with the competing impulses of a backwards-looking nostalgia and a forwards-looking futurist belief in progress. “It’s something Americans have been talking about for generations, but the age and gravity of the so-called Old World is always so striking and so palpable,” says Zucker. “As a New Yorker, you find yourself among these ancient buildings in the old capitals of Europe, struck by their beauty, and yet always missing New York’s dynamism.”

Zucker’s classical training shines as he effortlessly recycles six primary leitmotifs in seemingly endless permutations. Just moments after we first hear the titular ‘Leftover Beats’ melody in the first movement, “Requiem I: Leftover Beats,” it shows up again as a fragmented, perpetual-motion texture in the horns in “Such Closer I” — a sign of the iterations to come. Each movement is a collage of half-familiar characters, in ceaseless organic development.

The work is split into four sections of three movements each. The section names — “Past,” “Autumn 2016,” “Present,” “Future” — tell us we are moving forward in time, but the eclectic journey is anything but linear or predictable. The “Past” is manic and alive, culminating in the contrapuntal chamber-music romanticism of “How To Keep, Forever.” “Autumn 2016” opens with “Someone to Watch You,” which reaches its grand climax in a cycle of irrational meters that the band renders warm and sweet. But the section focuses mainly on November. “This notion that progress isn’t linear and forwards motion can be illusory played out so blatantly and painfully on November 8 — right as I was in the middle of composing,” Zucker says. The night of the election is grotesquely illustrated at the end of the record’s sixth track, “Confidence White.”

The “Present” that comes next feels subdued and chastened in its aftermath, with the James-Blake-inflected synth pop of “Songbird” and the hyper-produced prog jazz stylings of “Shallow Times.” And the “Future” is a dreamscape of synthesizer and sound collage nightmares punctuated by a Mahler-esque climax in “Requiem III,” before we close on Zucker’s solo piano in “How to Know, Forever,” drifting off into the sands of time.

Part of the structural conflict of Leftover Beats is built on a dialogue between two different ensembles: Several movements are performed by a chamber ensemble of Zucker, Mariel Roberts (cello), Joanna Mattrey (viola), Kate Gentile (drums), Yuma Uesaka (clarinet), and Nolan Tsang (trumpet), while the rest feature a larger ensemble of horns, rhythm section, and voices. More firmly rooted in jazz, this latter ensemble prominently features the playing of Adam O’Farrill on trumpet and Anna Webber on tenor saxophone.

The live bands were tracked in 2017 and 2019, but Zucker didn’t fully return to the recordings until the pandemic year, which he spent living nomadically in the desert of New Mexico. Far from other musicians and from the city, he turned to the tools at hand, weaving a dizzying array of synthesizers, samples, field recordings, and effects over the raw performances — disorienting waves of sound that constantly threaten to and sometimes entirely overwhelm the instrumentalists and singers. Many artists have Zucker’s skill and creativity as composers, performers, or producers — but few have such simultaneous ambition in all three.

Yet through all of the grandiose themes and overwhelming sounds, Leftover Beats is intensely personal and vulnerable — a record of confessional songs. Zucker’s rich and nuanced lyrics range from the esoteric to the direct, circling around short, emotional, aphoristic appeals repeated like mantras. The record’s first half features the effortless and beautiful vocals of Artemisz Polonyi and Lorena Del Mar, but as the album progresses the lyrics are increasingly sung by Zucker himself, in an intimate baritone over the chaos.

Leftover Beats is the second studio album with The Delegation, and Zucker’s fifth overall. It follows 2016’s Evergreen (Canceled World) with the same ensemble, which received 4.5 stars in Downbeat; 2018’s Weighting with a riveting quartet featuring Tyshawn Sorey, which won Best Debut in the New York City Jazz Record and 4.5 stars in All About Jazz; and two records with indie art rock band underorder, in 2017 and 2020.

“Gabriel Zucker is a pianist, composer, and multi-instrumentalist from New York, whose work combines maximalist compositions with the progressive improvisation of New York’s creative music scene. His music has received two ASCAP composition awards, and has been praised in Downbeat (4.5 stars), All About Jazz (4.5 stars), Stereogum, Jazzwise, and the New York City Jazz Record. A Yale graduate and Rhodes Scholar, Zucker has performed throughout New York at such venues as Carnegie Hall, The Stone, Roulette, and the Jazz Gallery, as well as in 22 countries around the world.

Zucker’s groundbreaking large ensemble, the indie jazz orchestra The Delegation, was born at the Banff Jazz and Creative Music Workshop. The group’s debut record, a twelve-movement composition titled Evergreen (Canceled World), was supported by an American Composers Forum JFund grant and released in October 2016 on ESP-Disk’ to critical acclaim. Zucker’s small-ensemble touring incarnations of The Delegation have performed in over a dozen countries.

Zucker maintains a prolific activity with a range of other projects. In November 2018, ESP-Disk’ released Zucker’s third studio record, Weighting, an extended composition inspired by Rachel Kushner’s novel The Flamethrowers, featuring Tyshawn Sorey, Adam O’Farrill, and Eric Trudel. The record was widely praised, recognized as a Debut of the Year by the New York City Jazz Record, listed among the Best of 2018 by All About Jazz, and featured as a runner-up in Stereogum’s Best Jazz of 2018 list. Zucker and Sorey collaborated again in 2018 with the premiere of Zucker’s new duo New York, USA, 2018 at Carnegie Hall’s Weill Hall. Zucker’s avant indie band underorder released its critically acclaimed sophomore record in parts over the course of 2019 and 2020. He also performs regularly as a concert pianist focusing on twentieth century repertoire. His 2018 performance of Frederic Rzewski’s Squares was listed among the New York Classical Review’s best performances of the year, and his 2019 performance of Messiaen’s Vingt Regards Sur L’Enfant Jesus also drew praise. Before the pandemic, Zucker was a manager and curator of the prominent New York experimental venue Spectrum.

A committed social activist in addition to a musician, Zucker is currently Associate Policy Director for the tax benefits program at Code for America. He previously served as Director of Research at the progressive turnout organization VoteTripling.org; worked on homelessness and healthcare policy as a member of the U.S. Digital Service; and co-led the successful campaign to end veteran homelessness in Connecticut. He graduated summa cum laude from Yale in 2012, where he double majored in Ethics, Politics, & Economics and Music, and he holds a Masters in Applied Statistics from Oxford, where his research focused on applications of machine learning to social policy administration.