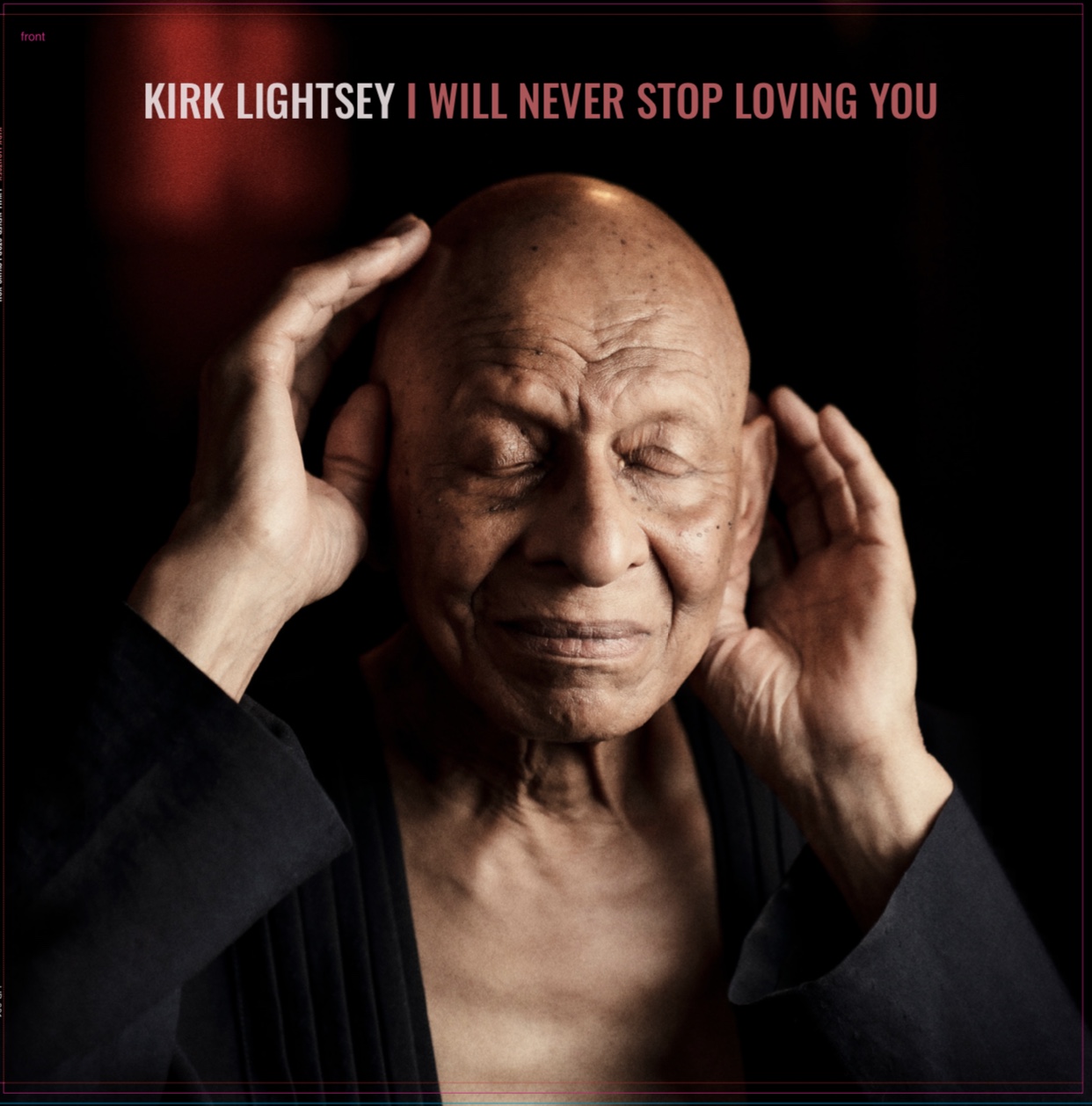 Renowned Pianist Kirk Lightsey Announces His Eagerly Awaited Return to Solo Piano With The Inventive I Will Never Stop Loving You, to be Released via Jojo Records on September 3, 2021

Jojo Records is thrilled to announce the September 3, 2021 release of I Will Never Stop Loving You, a solo studio recording from heralded pianist Kirk Lightsey. Three and a half decades after the pianist’s highly acclaimed solo recordings from the mid-eighties Lightsey I, Lightsey II and Lightsey Live!, Lightsey returns with a solo flight that retrospects an illustrious career as a distinctive and singular voice in jazz piano. I Will Never Stop Loving You is an intimate album made by a mature musician firm in his element. Capturing the close intimacy between Kirk and his dearest instrument, alongside the lightest of touches of the pedal and faint traces of his own breath, it retains the listener’s fascination from beginning to end.

A member of the eminent Detroit school of jazz piano, Kirk is a sophisticated improviser who plays complex chords with a personal and subtle touch. Possessing a distinct sound of his own, his idiosyncratic delivery is usually recognizable from the very first notes. The New York Times sketches Lightsey as “An 82 year old pianist with a diaphanous harmonic sensibility and a redoubtable résumé (he toured and/or recorded with Dexter Gordon, Chet Baker and Woody Shaw, among countless others).”

The Detroit born pianist saw his rise in prominence in the mid 1960s when he moved to New York and recorded with Chet Baker and George Coleman on their iconic Prestige sessions. Lightsey then ventured West to California at the end of the decade to perform with such jazz luminaries as Pharoah Sanders and Bobby Hutcherson. This innovative era laid the groundwork for decades of musical output which finally landed on his 1982 debut as a single leader on Lightsey I, regarded to this day as a seminal pianistic masterwork. In 1988, Lightsey was voted among the top pianists in the world by the Downbeat International Critics’ Poll and in 1989, he was chosen as one of Steinway’s preferred artists. The artist defines himself as incorporating “a Bud Powell awareness, an Art Tatum styling, a bebop feeling and a pianist approach.”

“Patience. A lesson in patience. My whole life seems to be about the lesson of patience. Patience with myself,” Lightsey proclaims. On the topic of patience, I Will Never Stop Loving You appears to be a study of just that – a revisiting of classic compositions frequented by the pianist throughout a long and brilliant career, chronicling a ceaseless and persistent exploration for new sonacy and timbre.

Revisiting some of the most cherished compositions in his repertoire, on I Will Never Stop Loving You, Lightsey applies his singular touch and unique storytelling to a selection of beloved standards, some of which are even more identified with him than with the musicians who wrote them. Such are Tony Williams’ “Pee Wee” and Phil Woods’ “Goodbye Mr. Evans”, while Coltrane’s iconic and highly technical “Giant Steps” receives an extremely irregular interpretation, with almost no single notes. Wayne Shorter’s music, a constant presence in Kirk’s musical path, appears with 3 compositions from Shorter’s classic Blue Note recording Speak No Evil, further intertwining a long relationship which dates back to Kirk’s first gigs in NYC upon his arrival to the city in the mid 1960s.

The album’s title track “I Will Never Stop Loving You”, a lesser-known composition conveyed by the pianist, was a specific request from Jojo Records founder and the album’s producer, Simon Belelty. A masterwork of grace and nuance, the tender piece begins the album and sets the tone for an album wrife with evocative arrangements, and exquisite exploration.

This album is lovingly dedicated to his wife, Nathalie.