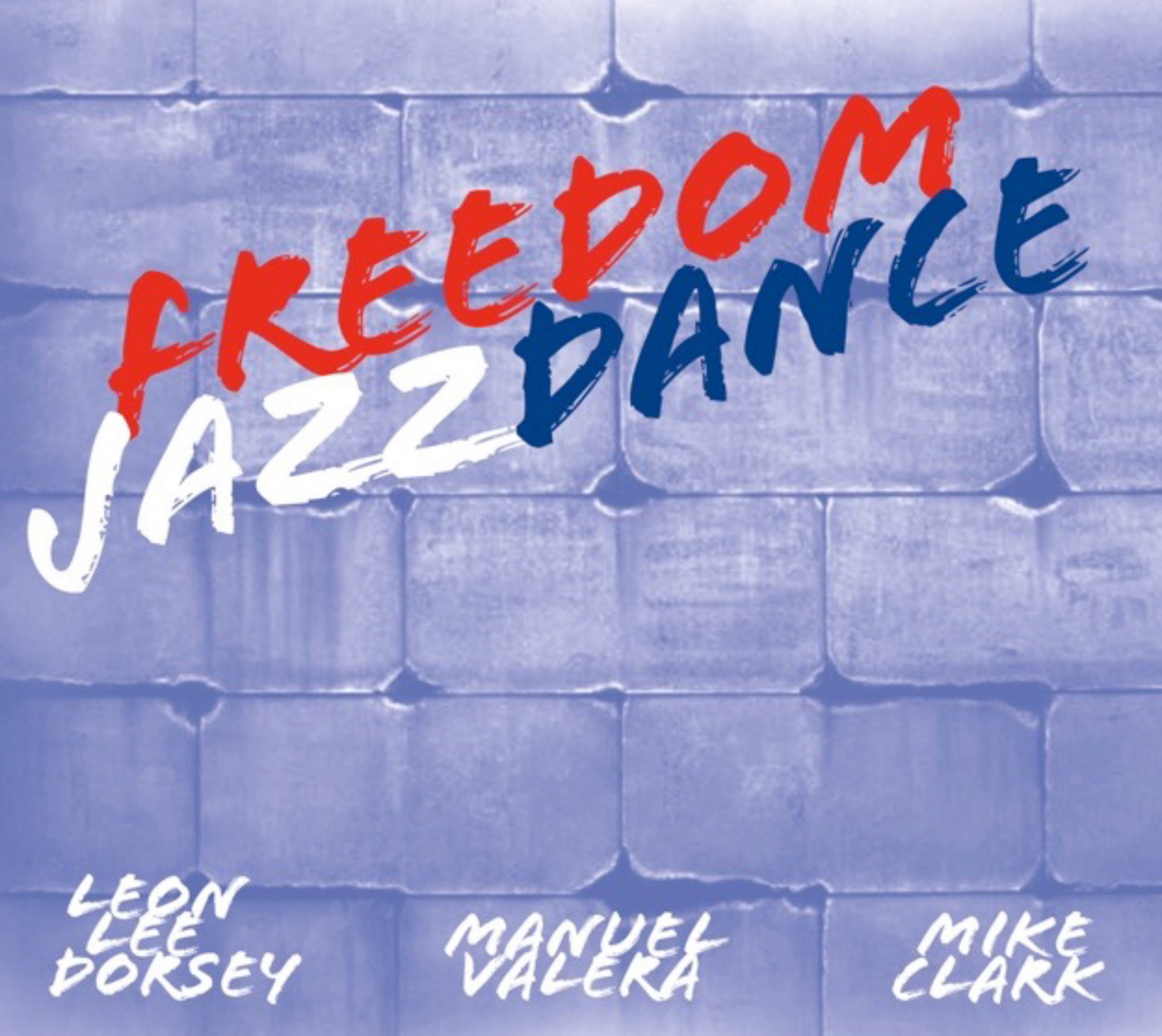 Jazz Avenue 1 is proud to announce the August 20, 2021 release of Freedom Jazz Dance by veteran bassist Leon Lee Dorsey, drummer extraordinaire Mike Clark and brilliant Cuban-born pianist Manuel Valera. Dedicated to the late Puerto Rican-born piano master Hilton Ruiz, whom Dorsey regularly played with in his last years (appearing on 2004’s A New York Story and 2005’s Steppin’ with T.P., the pianist’s dedication to his own mentor, Tito Puente), this collection of eight tunes highlights that same kind of bilingual musical aesthetic that Ruiz embraced throughout his amazing career.

Freedom Jazz Dance is the fourth collaboration between Dorsey and Clark for Dorsey’s Jazz Avenue 1 label. While each outing has featured a different third guest, the rhythmic hookup between Dorsey and Clark has underscored those recordings. Beginning with 2019’s Monk Time (with guitarist Greg Skaff) and continuing with 2020’s Play Sgt. Pepper (with pianist Michael Wolff) and 2021’s Thank You Mr. Mabern (featuring the late, great hard bop pianist Harold Mabern), this uncommonly flexible rhythm tandem has set a benchmark for conversational playing together.

Special guest on their fourth outing, Freedom Jazz Dance, is the astounding Manuel Valera. A free-spirited musician with command of multiple idioms, the Havana native was originally a saxophonist before switching full-time to piano after moving to New York City in 2000 to study at The New School. Valera debuted as a leader with 2004’s Forma Nueva and to date has racked up 13 albums as a leader. A chopsmeister of the highest order, in the tradition of fellow countryman Gonzalo Rubalcaba, he is as conversant in bebop as he is in Cuban son and danzón, as hip to Bud Powell as Arsenio Rodriguez. And with Dorsey and Clark holding it down, he shines on Freedom Jazz Dance.

They kick it off with an exploration of Eddie Harris’ “Freedom Jazz Dance.” Fueled by Clark’s loosely interactive touch, signature bounce on the snare and precision fills on the kit, this open-ended interpretation allows for some daring harmonic and rhythmic extrapolations by Valera while Dorsey holds it down with his deep-toned funky pulse. Clark brings it down behind Dorsey’s solo, playing softer but no less busy, a la Billy Higgins, as Valera alternates between Herbie-esque comping and hypnotic son montuno grooving.

Dorsey’s gentle “Baptism” is underscored by Clark’s understated yet eminently hip approach on the kit while Valera joins the conversation with flowing lyricism on the keys. Valera then brings the requisite gospel feel to Hilton Ruiz’s boogaloo, “Home Cookin’,” a tune previously recorded with a more pronounced Latin feel on the pianist’s 1987 album, Something Grand, and also on 1992’s Manhattan Mambos. Clark puts up an old school backbeat on this funky number, reminiscent of Wes Montgomery’s “Road Song,” while Valera blows with funky abandon on his solo. Midway through, it shifts to mid tempo swing mode with Clark injecting a persuasive spang-a-lang on the ride cymbal and Dorsey walking insistently, inspiring Valera to different directions in his solo, before the piece returns to the funky theme.

Dorsey’s gorgeous ballad “Until the End of Time” showcases the trio at its most sensitive, with Clark providing zen-like brushwork and Valera showing graceful restraint. Radically switching gears, they jump into an exhilarating Afro-Cuban reading of the standard “Autumn Leaves,” which again shifts midway through from 12/8 to a swinging 4/4 uptempo groove fueled by Dorsey and Clark. Valera channels his inner Bud Powell on this swing section before the tune returns to entrancing 12/8 mode, ultimately shifting back and forth between worlds on this bilingual rendering.

Dorsey’s bass carries the melody upfront on a gentle rubato exploration of Jobim’s “How Insensitive” before the trio segues to an alluring bossa nova groove at the 1:14 mark. Dorsey’s solo on this hauntingly beautiful Jobim staple is pure joy. The trio then swings with a vengeance on Ruiz’s hard driving “New Arrival” (which appeared on the pianist’s 2005 album Steppin’ with T.P. and itself is an updating of his tune “Arrival” from 1991’s Piano Man with Buster Williams and Billy Higgins.) Valera breaks out his Chick Corea-Bud Powell chops on this uptempo burner while Clark also turns in an extended show-stopping solo at the three-minute mark.

The collection closes on a relaxed note with Dorsey’s Monk-ish blues “Chillin’.” With the bassist walking in old school Leroy Vinnegar fashion and Clark laying back on the kit, Valera takes harmonic and rhythmic liberties here, alluding to Monk’s “Epistrophy” along the way.

While the individual virtuosity of Dorsey, Clark and Valera is undeniable throughout Freedom Jazz Dance, it’s their irrepressible chemistry that wins over listeners. It’s a classic example where the sum of the parts is greater than the whole.