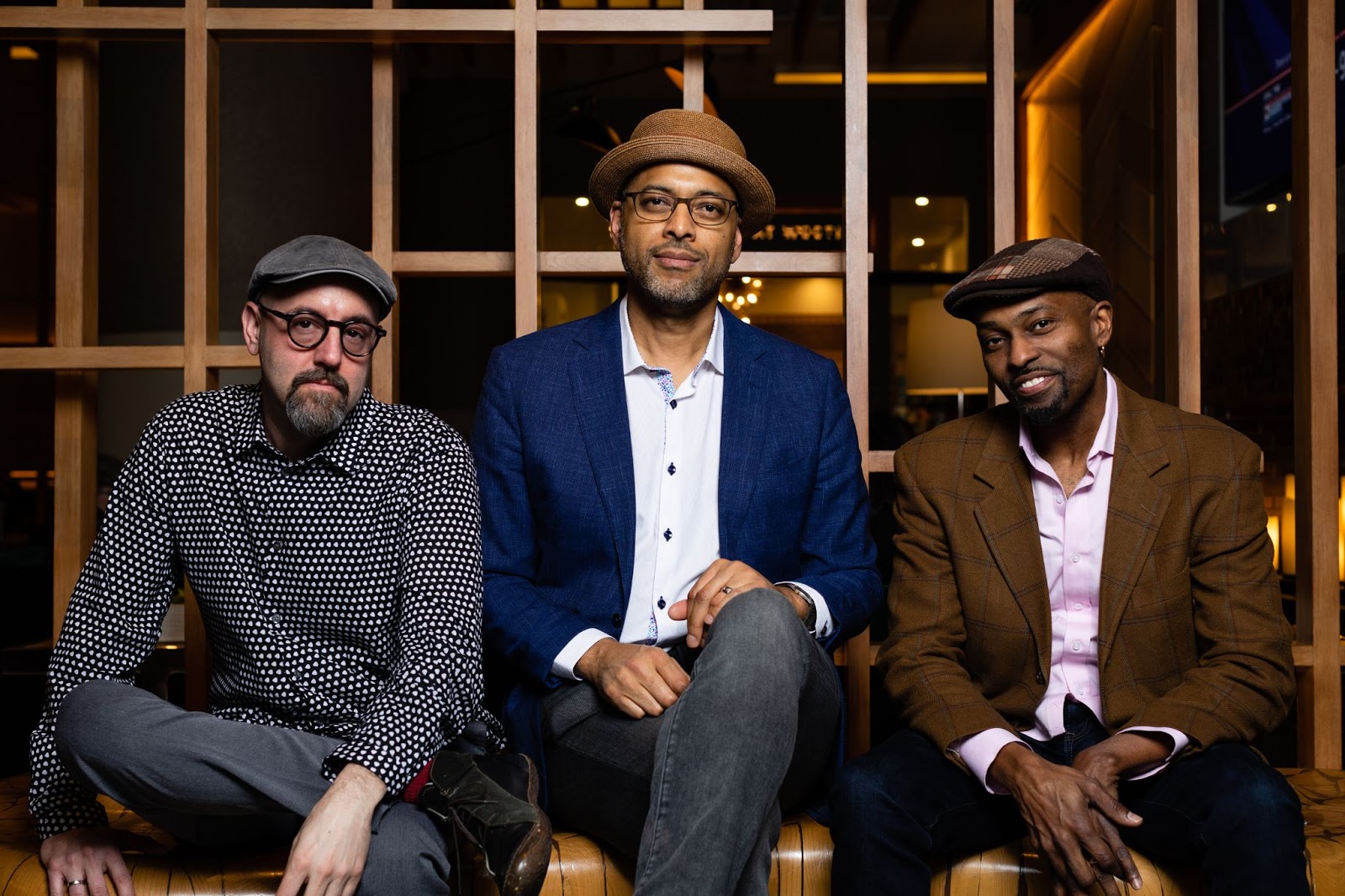 On June 4, 2021, internationally renowned pianist and composer Andy Milne and his trio, Unison, won the 2021 Juno Award for Jazz Album of the Year: Group for their recent release, The reMission. This is Milne’s second JUNO nomination and win after his 2019 victory in the same category for The Seasons of Being, his 2018 release.

Milne, who lives in the United States but was born in Hamilton, Canada, is thrilled to be recognized after such a significant year in global history:

“Winning the JUNO in its 50th Anniversary year is landmark as it is, but it is also particularly memorable in this unforgettable year,” Milne says. “Although I live for problem solving and creative solutions, I never imagined I’d be releasing a record during a global pandemic, or pivoting my energies to logistical and musical evolution rather than live performance.”

The reMission is Milne’s exploration into the rich and intimate sonic opportunities of piano trio performances alongside bassist John Hébert and drummer Clarence Penn. This intricately textured and groove-laden album is Milne’s 11th release as a leader and a pivotal moment in his personal and musical life, coming after the artist’s battle with prostate cancer in 2017, which is encapsulated in The Seasons of Being.

Marking a bold, refreshing new venture for the artist, The reMission represents Milne’s recovery after conquering cancer. Showcasing his extensive artistic background in new forms, perspectives and personal connections, The reMission is an expression of the artist’s aspirations in a different stage of his life.

Much of this sense of purpose comes from Milne’s father, a rural doctor with an old school approach to treatment. In a similar vein, Milne considers his own approach to music as something stylistically reminiscent of his father’s medical practices.

“I think The reMission reflects this holistic philosophy in terms of where and how it falls within the circumstances of my life and my thinking as an artist. I have a lot to be grateful for and although I still struggle to balance juggling opportunities, I have a very clear sense of purpose in this phase of my life and this recording expresses that purpose.”

On The reMission, Milne informs his trio sound with a textural, structural and harmonic richness, and masterful interplay atypical of mainstream piano trios.

The album begins by paying homage to a jazz luminary with a spirited performance of McCoy Tyner’s “Passion Dance,” which sets the tone for an energetic and explorative album.

Compositions like “Winter Palace” and “Drive By – The Fall” highlight Milne’s appreciation of the simple beauty of nature. The ostinato driven “Winter Palace” is a masterwork of tension and resolution, encapsulating the feeling of a turbulent snowstorm; whereas “Drive By – The Fall” most closely aligns with Milne’s Dapp Theory rhythm section writing, which he was so accustomed to prior to forming the trio. The leader refers to this piece as the bridge between the two aesthetics; appropriately (and, perhaps ironically,) the track is sequenced squarely in the middle of the recording.

Hébert, on bass, sets up the groove in “Dancing on the Savannah”, which also prominently features the sensitivity and reactiveness of Penn. Speaking to Penn’s excellence, Milne notes how they’ve “known each other since (moving) to NYC but had never performed together.

“Every time I heard him perform,” Milne shares, “I found myself fixated by how his sound, time, and finesse elevated whatever band with whom he was performing.

The reMission by Andy Milne and Unison won the 2021 JUNO Award for Jazz Album of the Year: Group, and is available now via Sunnyside Records.

// ABOUT ANDY MILNE AND UNISON

A fearless, versatile explorer as a pianist and composer, Andy Milne has been a distinct and respected voice at the heart of New York’s creative jazz scene for almost 30 years, collaborating with dancers, visual artists, poets and musicians spanning jazz, classical, pop, folk, and world music. At the piano, he skillfully blends poetic gravitas with a playful sense of order.

He has recorded and toured throughout the world with Ravi Coltrane, Ralph Alessi, Carlos Ward and Carla Cook, and has collaborated with a range of artists including Andrew Cyrille, Sekou Sundiata, Avery Brooks, Bruce Cockburn, Fred Hersch, Ben Monder, Dianne Reeves, Jen Shyu, Tyshawn Sorey and Jamie Baum. A former student of Oscar Peterson, Milne was at the center of the M-BASE Collective as a core member of saxophonist Steve Coleman’s bands, as well as performing with Cassandra Wilson and Greg Osby. Milne composed and produced the scores for seven documentary films by acclaimed director William Shatner and has now released eleven recordings as a leader or co-leader. Milne is presently an assistant professor of music at the University of Michigan in their Department of Jazz & Contemporary Improvisation.

Originally from New Orleans, John Hébert, has been a highly sought-after New York bassist since the mid-1990s. A former student of Rufus Reid, he has collaborated extensively with pianists Fred Hersch and Andrew Hill, appearing on celebrated recordings from each pianist. He has also performed with Lee Konitz, Paul Bley, John Abercrombie, Kenny Wheeler, Paul Motian, Uri Caine, Bill Stewart, Mary Halvorson, Tomasz Stanko, David Liebman, and Toots Thielemans, among many others. An accomplished bandleader, Hébert’s 2015 Sunnyside release Rambling Confessions — his quartet featuring Milne — received critical acclaim, including 4.5 stars from Downbeat. Over the past decade, he has been named multiple times as a “Rising Star Acoustic Bassist” in Downbeat’s Critics Poll and has received multiple GRAMMY Award nominations. Hébert is a full-time professor of bass at Western Michigan University.

Clarence Penn is one of the most in-demand jazz drummers in the world. A composer, bandleader, and prolific producer, he performs regularly with Maria Schneider, Dave Douglas and Uri Caine. Since 1991 when he arrived in New York City, Penn has placed his unique blend of mega-chops, keen intellect, and heady musicianship at the service of a staggering array of A-list artists including Ellis and Wynton Marsalis, Betty Carter, Stanley Clarke, Steps Ahead, Makoto Ozone and Michael Brecker. His impressive discography includes several hundred studio albums, including GRAMMY Award-winning recordings from Randy Brecker and Maria Schneider, representing a 360-degree spectrum of jazz expression. He has toured extensively throughout the United States, the Americas, Europe, Japan, and Southeast Asia, as well as composed music for films and commercials, and produced tracks for numerous singers in the pop and alternative arenas.