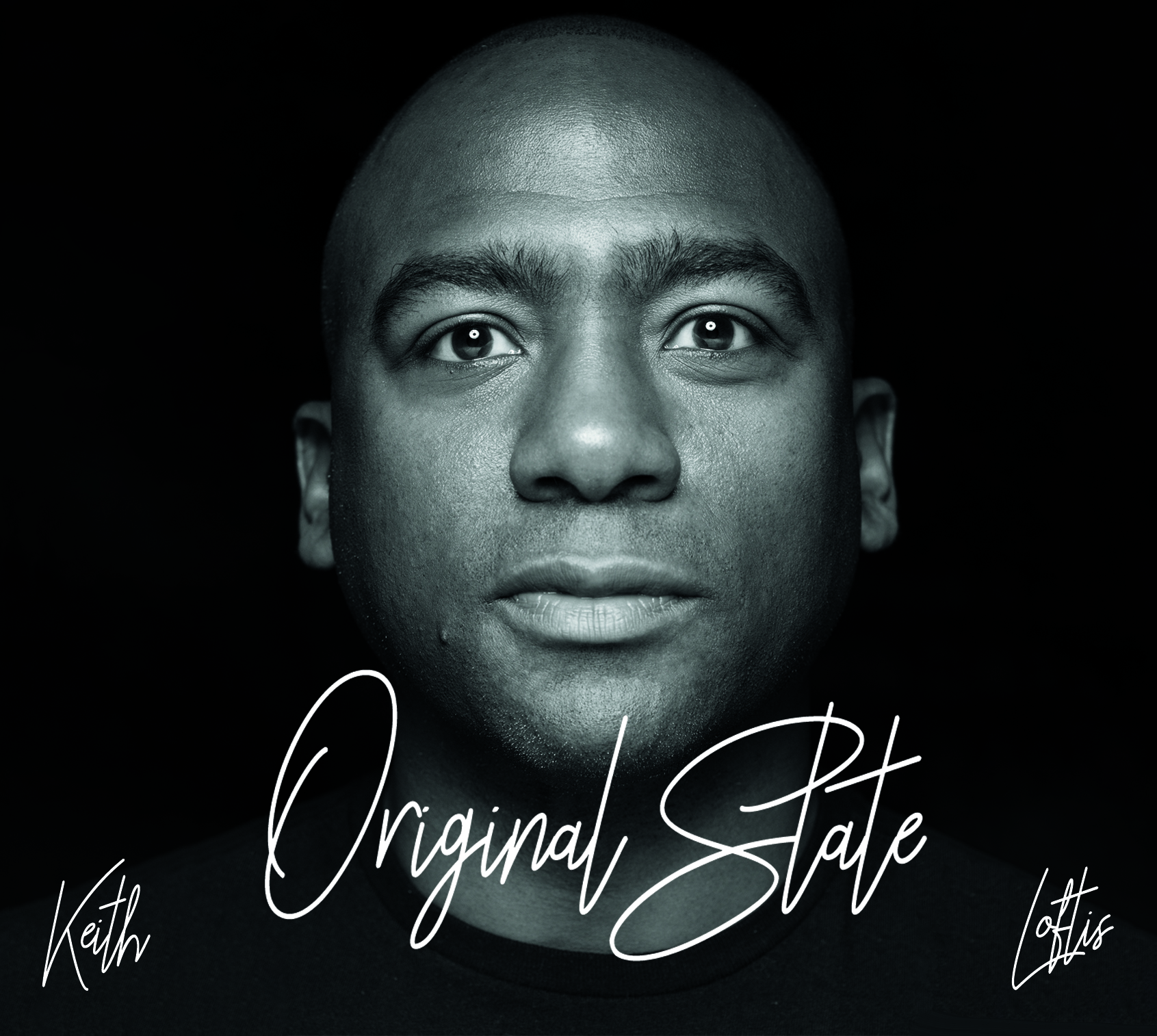 Long Tone Music is thrilled to announce the July 23, 2021 release of Original State the latest album by saxophonist and composer Keith Loftis. On his fourth album as a leader, the highly lyrical Loftis showcases both his virtuosic skill as a player and his adept compositional ability in the company of an ever so swinging all-star cast of New York’s finest consisting of pianist John Chin, bassist Eric Wheeler and drummer Willie Jones III.

“The concept of Original State was to assemble a new quartet with the ability to walk in the door and breathe life into my compositions,” states Loftis. Recorded entirely acoustic as a unit in one room, this exceptional ensemble displays striking interplay and harmonious synergy with ease. The musicians were allowed the freedom to express and shape each composition on the spot, which allowed the group to move in new directions, capturing the spontaneity and looseness of the music which was vital in creating a sense of urgency. The resulting work is at once thoughtful, deliberate, robust and energetic and acts as a musical homecoming for the saxophonist, whose last album Simply, Loftis was released a decade ago.

One of the album highlights is “Oak Cliff”, which kicks off with an eight-bar swinging drum solo from Willie Jones III. This uplifting medium swing was written for a long-time friend of Loftis: the late great  trumpeter Roy Hargrove. The tune was named for the Oak Cliff neighborhood in Dallas, Texas where Loftis and Hargrove grew up together. Another standout is “Brigitte’s Smile”, which was written for Loftis’ wife. Playful and dynamic, each musician is afforded an opportunity here to shine, as they each take to the sky on their respective solos.

Another highlight is a retooling of the Isley Brothers’ classic “For The Love Of You” arranged by drummer Greg Searvance. A favorite of Loftis that is often performed on live gigs, this fiery waltz rises to life courtesy of what Loftis describes as “the Coltrane treatment.” “I wanted to produce a recording that felt and sounded like those that I grew up listening to,” says Loftis, pointing toward Wayne Shorter’s Ju-Ju and Speak No Evil and John Coltrane’s Crescent as markers. “When you hear those records, they immediately put a smile on your face and make you feel good.”

Original State was engineered by 2x Grammy winner Bassy Bob Brockmann, who has experienced a fruitful career with countless music greats. Upon moving to New York City in 1986, Brockmann took part in a number of Blue Note recording sessions, including five albums with the Tony Williams Quintet. “Recording Original State with Keith at the Yamaha Piano Salon in NYC was to me a similar experience to Tony’s records as far as style and playing. All of the players in Keith’s Quartet are of exceptional caliber and world class players,” said Brockmann, adding, “…Original State is a beautiful recording, and like many historic jazz recordings it represents a dynamic moment in time.”

Keith Loftis is thrilled to finally unveil his long-awaited new album to the world. “The last three years has been quite a journey in both life and music. I hope that listeners can feel the passion and energy that went into creating this project. It was such a joy assembling this new quartet and I hope this music will touch, move and inspire people,” reflects Loftis.

Keith Loftis has been described as one of the most lyrical & compelling jazz saxophonists of today. Born in Dallas, Texas, Loftis began his study of jazz and classical music as a child. He graduated from the nationally recognized Booker T. Washington High School of the Visual and Performing Arts with the late Roy Hargrove, his longtime musical compatriot and friend. Loftis then received his B.A. in music from the New School for Social Research in NYC, and eventually a Graduate degree in composition/Film Scoring from New York University.

In addition to his work in jazz, Loftis has continued to broaden his film-scoring portfolio. He has performed music in the motion picture “Three Can Play That Game” starring Vivica A. Fox, and in the independent film, “Black Out” starring Jeff Wright and Melvin Van Peebles.

With Original State, Loftis has released four albums as a leader, including The Music of Keith Loftis in 2001, Back To Basics, a rare recording with his brother, vocalist Terry Loftis from 2008, and Simply Loftis, his 2011 full-length album featuring Roy Hargrove and produced by master drummer Michael Carvin. He has appeared on a number of acclaimed recent releases including Robin McKelle’s Alterations, Kenyatta Beasley’s The Frank Foster Songbook, Aaron Whitby’s Cousin From Another Planet, and the multi-Grammy nominated debut album from the Baylor Project, The Journey. He also plays a prominent role on Generations, the new recording from The Baylor Project due out this summer.