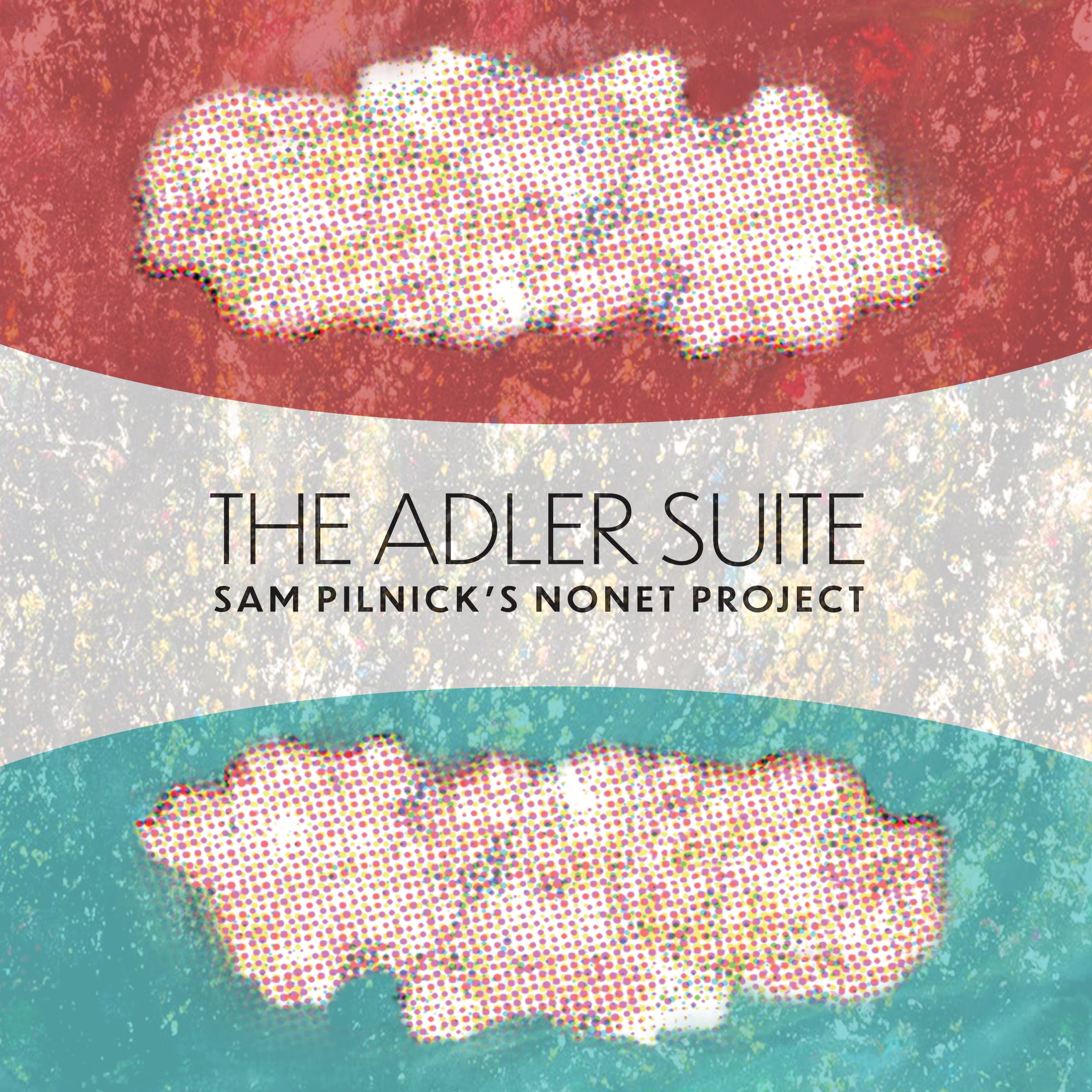 This stunning display of compositional acuity from Sam Pilnick was sparked by the artist’s 2017 trip to the Adler Planetarium as a chaperone for a school trip. A recent transplant to Chicago, Pilnick was struck by the sight of the Adler’s rounded dome of marble sitting on its perch at the end of the museum campus, overlooking views of the city and of Lake Michigan and the sky above. Pilnick notes, “As we entered The Adler, I was immediately inspired to write music, as I saw the original space craft that brought home the astronauts from the Gemini II mission and various other exhibits. Reading the explanations of our planet, solar system and galaxy filled my mind with musical thoughts. Over the next two years, I would venture back to the Adler to find inspiration for what would now be known as The Adler Suite.”

Following Sam’s small group three EP releases East Coast Transplant (2017), Pure Imagination (2018) and Skylark (2019), the ensemble’s first full-length studio release features a cohesive unit made up of longtime collaborators with a shared passion for small group improvisations and the desire to explore different timbral experiences while utilizing jazz instrumentation. On this spirited release, Pilnick achieves the lush harmonies and rich interplay of a big band in a smaller, tight-knit outfit.

The Adler Suite derives its titles and inspiration from celestial musings that Pilnick acquired from his trips to the Adler. “Squawk Box”, the album’s opening track, is a term used for the one-way radios that the families of astronauts would listen to at home for updates about the launch. Flirting with the melody of Richard Strauss’s “Also Sprach Zarathustra”, used as the theme to the film 2001: A Space Odyssey, the piece attempts to capture the feeling of being transported outside of our planet’s orbit in a spacecraft, as well as being a worried family member on the other end of the ‘squawk box’, eagerly awaiting news of your loved one’s safety. The track features wonderful solos from pianist Meghan Stagl and baritone saxophonist Ted Hogarth, with thoughtful comping from Stagl and guitarist Ben Cruz.

“Launch” demonstrates this group’s ability to swing deeply. This composition is a contrafact of “Star Eyes”, a nod to the uptempo, angular post-bop jazz era of the 1960’s, contemporary to the beginnings of space travel. The track prominently features Pilnick who demonstrates tremendous melodic invention over the tune’s bright-tempoed changes. “Revolving Twins”, Pilnick notes, “is based on a concept I learned at the Adler. In space, there are stars that revolve around each other. Due to the nature and energy of these stars, they merge together and eventually explode! When developing this song, I wanted the listener to feel like they were spinning around another star. This is achieved with a linear looping bass figure, contrapuntal melodies between groups of two instruments and a drum concept that utilizes the colors of the cymbals. All of these melodic sounds continue to revolve around each other throughout the movement just as the two stars do in space.”

“Silver Light” is a feature for trumpeter Emily Kuehn and is a tribute to Venus. The composer notes, “The ballad style of the composition allowed me to write a melody that would allow Emily to be melodic as well as being open for counter melodies and open chordal backgrounds. I really love Emily’s playing and am thrilled to be able to give her a moment in this project to really shine.” The piece is a tremendous indicator of the outfit’s nuance and dynamic sensibilities. “House of the Massives” is based on a photo of the star system called “Pismis-24”, a profound image of stars 6,500 light-years away. Compositionally, the piece is inspired by the rock music that Pilnick grew up listening to. The track features wonderful solos by Cruz, alto saxophonist Max Bessesen, and Pilnick.

“Expanding Universe” and “Falling Backwards” are the final two tunes in the suite and are performed back-to-back without pause. “Expanding Universe” is based on the exhibit at the Adler of the same name. The exhibit explains the concept of the big bang and the concept that space and matter is always expanding from the center of the universe. “Falling Backwards” was written about the original Gemini 12 Spacecraft, which is housed at the Planetarium. Pilnick remarks “More specifically this piece is about their literal “falling back” to Earth in a spacecraft that is less technically advanced than my iPhone… As the astronauts are free falling back to earth, there are sudden moments in which they come to the realization that they are not in a film, but falling fast to the earth. These moments are characterized by thrashing, dissonant moments in ⅞ time to emphasize the reality of reentering the earth’s atmosphere in a small metal pod.”

Sam Pilnick received his Bachelor of Music degree in Music Education and Jazz Studies at the Crane School of Music in Potsdam and his Masters Degree in Jazz Performance from Western Michigan University. His teachers at the Crane School were Christopher Creviston, Robert Young, Bret Zvacek, and Marsha Baxter and he studied with Andrew Rathbun, Jeremy Siskind, Scott Cowan, Keith Hall and Edward Simon at Western Michigan University.

At the Crane School of Music, Sam could be seen performing with many different ensembles including the Crane Jazz Ensemble, Crane Latin Ensemble, Crane Concert Band and Crane New Music Ensemble, as well as various small university & community jazz groups.  At Western Michigan University, Sam’s graduate studies were focused on Jazz Improvisation, Composition, and History. He was a member of the Western Jazz Orchestra and WMU Advanced Jazz Ensemble. Sam was an active composer for the Advanced Jazz Ensemble, writing and arranging music for their 2016 Environment Project, in addition to arranging music for their 2015 concert with Randy Brecker.  At Western Michigan University, Sam also shared the stage with Edward Simon, Miguel Zenon, Lucas Pino, Terell Stafford, Debrah Brown and WMU’s Mas Que Nada and Gold Company.

As a Music Educator, Sam is a New York and Illinois State K – 12 Certified music teacher. Sam was the Band Director at Chicago Math and Science Academy in Rogers Park from 2017 – 2020, as well as was a teacher for the People’s Music School and Chicago Public School’s All City Performing Arts Jazz Ensemble. Sam is currently the band and jazz band director at the Maple School in Northbrook, IL.

As a performer and composer, Sam explores and performs in a variety of styles including jazz, contemporary, electronic, and creative music for a variety of ensembles and solo works. He leads The Sam Pilnick Project, who released three EP’s Skylark (2019), Pure Imagination (2018) and East Coast Transplant (2017). He is also a freelance musician in Chicago who performs with the Chicago Freedom Ensemble and Devin Fanslow’s Bathawk.

All compositions by Sam Pilnick