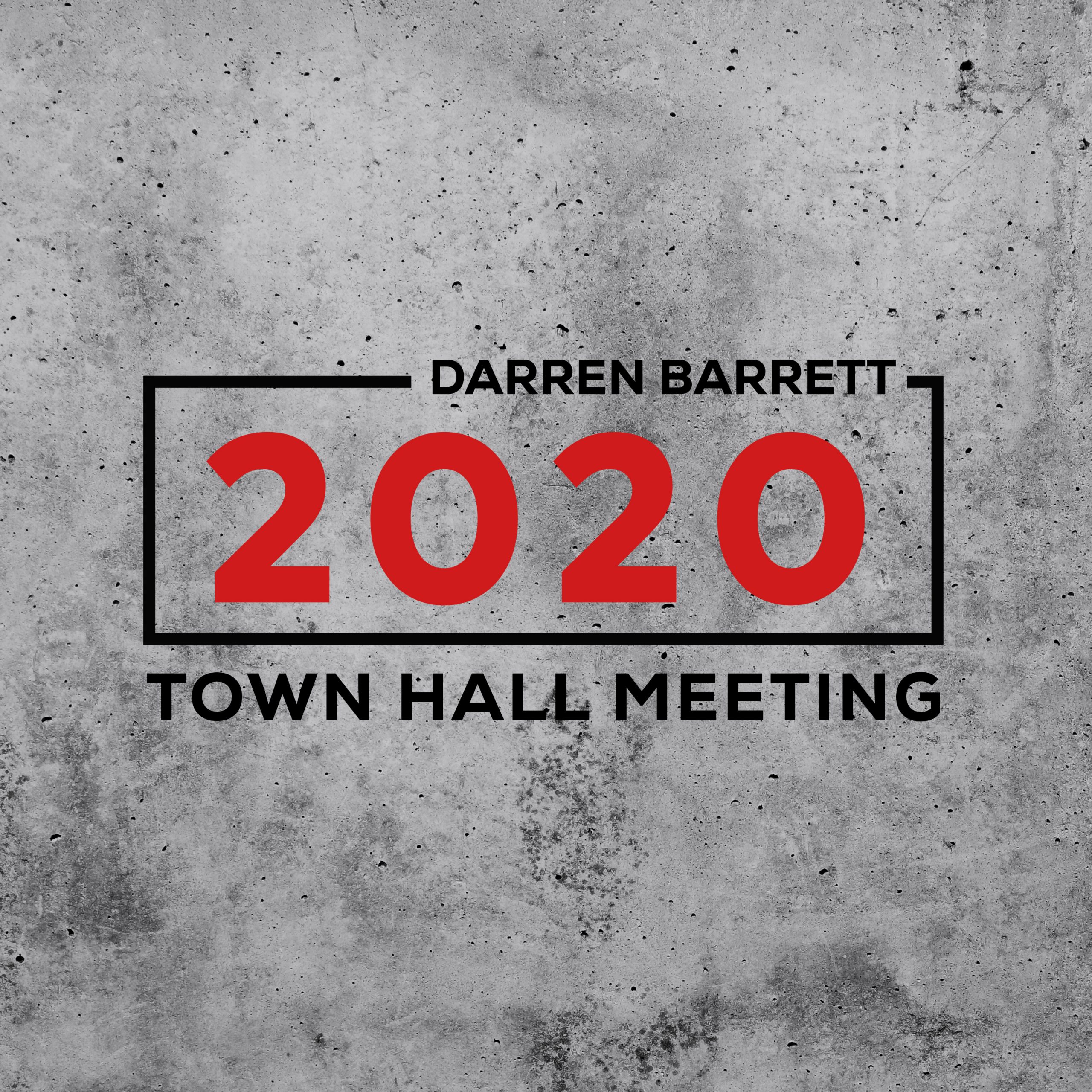 Trumpeter, composer and multi-instrumentalist Darren Barrett has released a new album Town Hall Meeting: 2020. Released on all streaming services on April 23rd, 2021 on his dB Studios label, this eight-track collection of Barrett-penned originals were composed and produced during the 2020 COVID19 lockdown.  Town Hall Meeting: 2020 features frequent dB Studios collaborator Kurt Rosenwinkel, who shines here on three tracks, plus a reunion with saxophone great Walter Smith III, with whom the trumpeter recorded his studio album The Attack Of Wren –Wrenaissance Vol. 1 in 2004.  Visionary saxophonist Jacques Schwarz-Bart, who has collaborated with Barrett for over two decades, lends his forward thinking lyrical approach to this project as well.

Town Hall Meeting 2020 takes inspiration from an impressive program Barrett founded ten years ago at Berklee College of Music. Called “Town Hall Meeting”, these regular sessions started as an open invitation to all Berklee students to come jam and collaborate. Word spread, and eventually nearly 250 students were showing up to take part. “Now, I bring that energy and concept to dB Studios in an effort to bring together my former and current students with master musicians I adore and love,” describes Barrett. Town Hall Meeting 2020 is the first of at least four projects dB Studios plans to release, and it is Barrett’s intention that they will showcase the vast versatility of the students involved, and also his own skills as a producer. Barrett also sees this as a great opportunity to afford younger musicians a chance to bolster their musical resumés and gain meaningful experience with master musicians. This ongoing project also allows Barrett to continue to work with students outside of the classroom, which is highly important to the highly-respected educator.

Town Hall Meeting 2020 features Barrett’s original compositions – all of which were composed from March through September in 2020. “This album conveys what I was feeling and going through during that time, particularly during the pandemic. There was a lot of uncertainty, fear, death and sadness, but also feelings of bravery, unity and hope.  As human beings, we band together in times of need to get through the rough patches.” The resulting work is five compositions, and three remixes; the later meant as a vehicle for Barrett to dive deep into the production side.

On his 12th release as a leader, Darren Barrett continues to push the envelope by incorporating acoustic instruments with electronic instruments and creative production techniques.  His forward thinking and explorations positions him as one of the foremost innovators in the contemporary jazz realm.