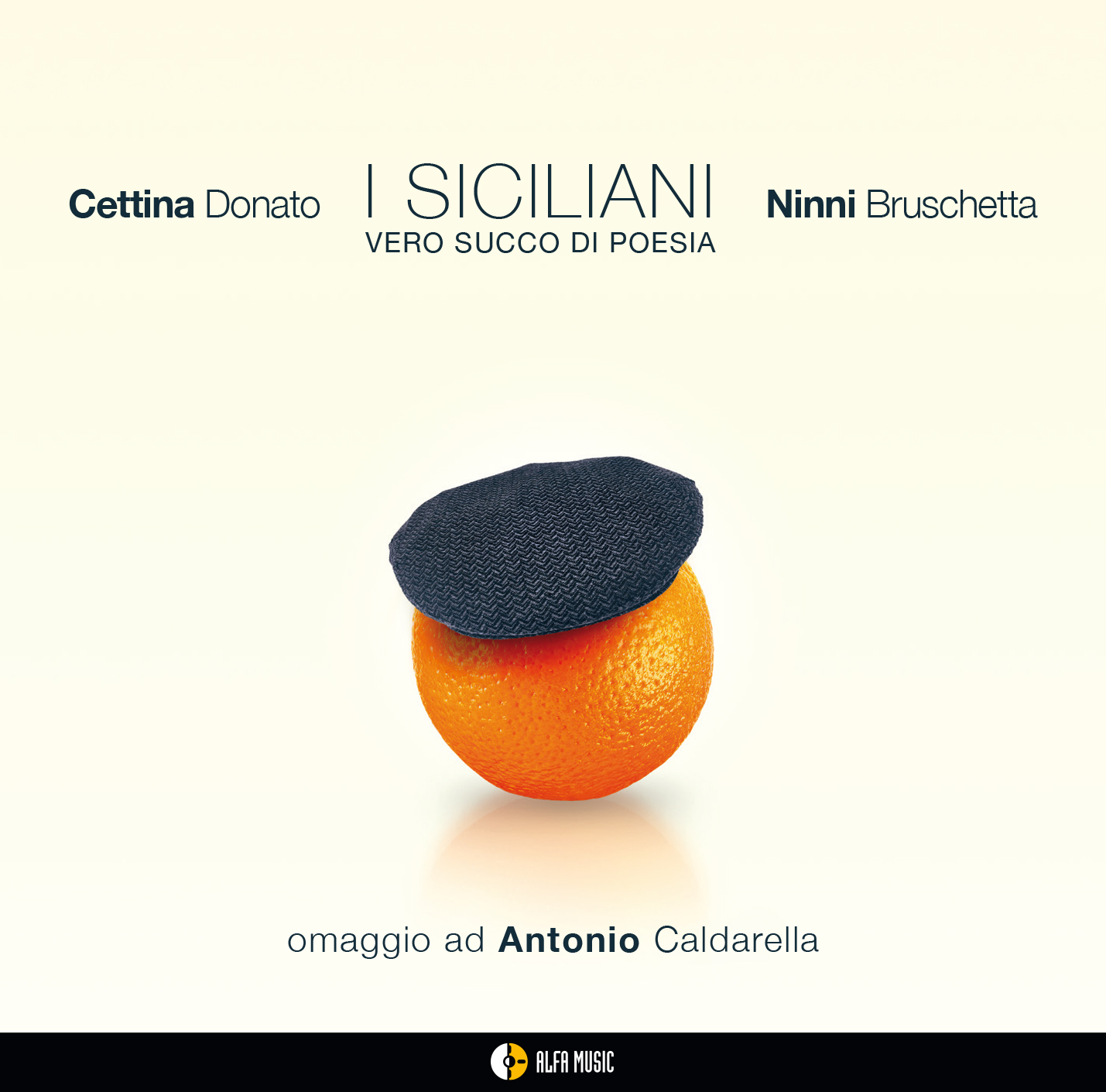 Composer and Pianist Cettina Donato Joins Forces with Actor Ninni Bruschetta on New Album I SICILIANI, Honoring Poet Antonio Caldarella
Due out May 14, 2021

Italian pianist, conductor and composer Cettina Donato is proud to announce the May 14, 2021 release of her latest album, I Siciliani, featuring renowned actor Antonio ‘Ninni’ Bruschetta. Their second collaboration, this wondrous musical portrait of Sicily comes to life thanks to Donato and Bruschetta’s remarkable synergy and expansive musical vision. Featuring eleven of Donato’s expressive compositions, I Siciliani features the work of the late Italian poet Antonio Caldarella. This groundbreaking release will be available via AlfaMusic.

Cettina Donato is an internationally acclaimed classical and jazz pianist, composer, arranger and conductor. Her highly original work often blurs the lines between genres: from jazz to classical, and from symphonic music to theatrical music. For over a decade, she has led the Cettina Donato Orchestra, a full-size jazz big band with a string quartet, featuring musicians from all over the world. Across the ocean, in Italy, Donato is the only woman that conducts classical symphony orchestras performing a jazz repertoire while also contributing with her own arrangements. Donato has conducted the Bari Metropolitan Symphony Orchestra, the Vittorio Emanuele Symphony Orchestra, the Lucca Jazz Orchestra, the Molfetta Youth Symphony Orchestra, and the New Talents Jazz Orchestra, among others. To date, Donato has released five albums including Persistency in 2017 (AlfaMusic) with renowned drummer Eliot Zigmund.

On I Siciliani, which has already received worldwide acclaim in Italy including a feature article in Gazzetta del Sud, Donato explores the work of the late poet Antonio Caldarella alongside legendary actor and writer Antonio Ninni Bruschetta. The Messina-born actor has directed over 40 theatrical works and has appeared in a plethora of film and television projects since the late 1980’s. Along with prominent television roles in Italy, he has known for his work in Visioni Private (1989), Boris (2007), To Rome With Love (2012), and Quo Vado?, which was the highest grossing Italian film in Italy in 2016. Bruschetta received the Tony Bertorelli Lifetime Achievement Award in 2018.

The pair’s previous theatrical collaboration came to pass in 2019 with “Il mio nome è Caino“, a production by Claudio Fava. While “Il mio nome è Caino” moved audiences with its emotional script and powerful musical performance, “I Siciliani” offers a new facet of Sicily; the poetic and literary kind.

The artistic inspiration for this project comes from the Strait of Messina, a common homeland for both Donato and Bruschetta, and geographically speaking, the narrow strait between the eastern tip of Sicily and the western tip of Calabria in the south of Italy. Antonio Caldarella, whose poetry inspired “I Siciliani”, crossed the same passageway throughout his life. Caldarella was a native of Avola in Sicily and raised between Naples, Messina and “the rest of the world.”

With Ninni Bruschetta’s brilliant interpretations, Caldarella’s poetry is brought to life on I Siciliani. Striking a balance between acting and singing, the album showcases Donato’s evocative compositions while bringing her love for large jazz ensemble back to the surface. The album, produced by the AlfaMusic label, is a suite of 8 songs and 3 preludes for piano, all composed, arranged and performed by Donato’s quartet with the assistance of the world class B.I.M Orchestra.

Ninni Bruschetta lends his voice to I Siciliani, after performing Caldarella’s poetry for years throughout the world. Bruschetta originally began staging the poetry of his friend Antonio Caldarella at small theaters in Sicily before it became a traveling show that consistently changed form.

“Poetry became song and these are our songs, or rather our stories,” Bruschetta reflects. “Cettina’s, mine, Antonio’s and AlfaMusic’s, all together; stories of jazz, poetry, alcohol and above all stories of love.” Now, this dynamic duo is giving us the opportunity to experience their stories through record — configurations of passion, quality, and expertise that continue to evolve each time they are recorded, performed, and listened to.