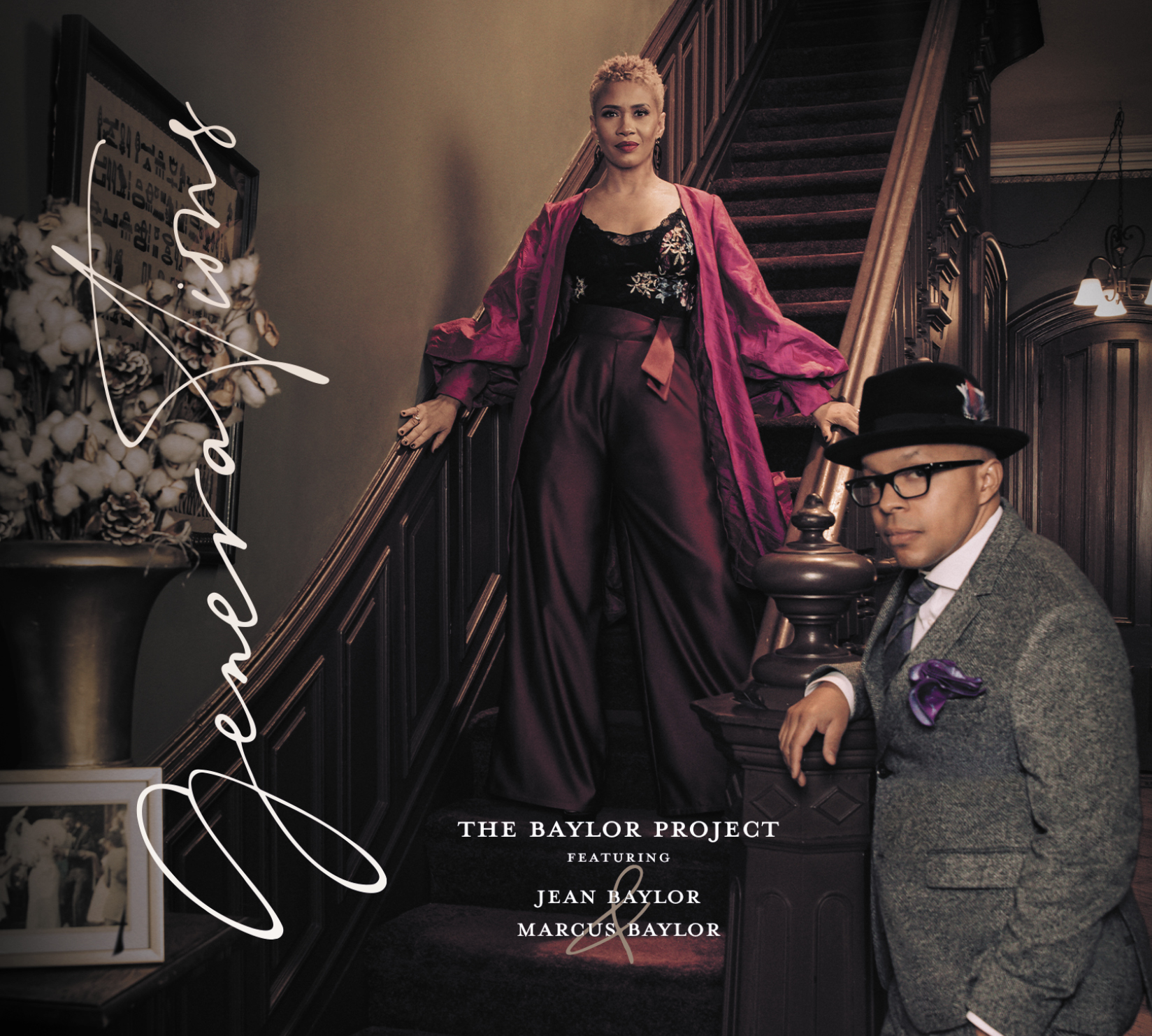 4X GRAMMY® Nominee The Baylor Project to Release Second Full-Length Album Generations on June 18, 2021 via Be A Light

Be A Light proudly announces the release of Generations, the highly-anticipated new album by 4X GRAMMY® -nominated duo The Baylor Project. Set for release during Black Music Month and on the eve of Juneteenth, June 18th, 2021, this soulful sonic story quilt celebrates the universality of the human condition, viewed through the lens of the Black experience. Married musical partners Marcus and Jean Baylor welcome listeners to their proverbial kitchen table, as they pass on stories of family and faith, and love and legacy over the course of nine original compositions, and two covers. Generations is available for pre-order now for digital download only on iTunes, and includes an instant download of the lead track “Strivin’” featuring special guest Kenny Garrett.

Storytelling has always been central to the Baylor Project’s creative output, and they have shown a particular adeptness at making their personal stories universally felt. They accomplish this and then some on Generations, which shares poignant stories of the Black experience, influenced by their own unique perspective. In his liner notes for Generations, noted cultural critic Andre Kimo Stone Guess introduces the age-old traditions of quilt making in Black families, and how when these tri-layer textiles are passed down from one generation to the next, their stories go with it. Generations is just like this, he says, but instead of sewing squares, Marcus and Jean poured their heart and soul into a meaningful audio capsule that celebrates love, family, community and faith.

The Baylor Project notably rose to prominence in 2017 when they released their debut album The Journey. A smashing international success, it debuted at #1 and #8 on the iTunes and Billboard Jazz charts respectively, garnered world-wide acclaim from top-tier media, and went on to receive two GRAMMY® nominations (for Best Jazz Vocal Album and Best Traditional R&B Performance for their song “Laugh And Move On”). “The Journey was an introduction to the Baylor Project and established that foundation of our sound,” explains Marcus. “Generations is an extension of that sound and goes way deeper into our story, life and culture.”

While the majority of Generations was recorded prior to 2020, the coronavirus pandemic kept the project from reaching completion. However, the Baylors continued to work on new music. In April 2020, they released “Sit On Down”, a pandemic-era anthem that went on to snag them their third GRAMMY® nod. They also took this downtime to refocus, and to really re-familiarize themselves with who the Baylor Project really is. By the time Generations was a wrap, Marcus and Jean had created their most fully realized and extraordinary project to date.

Musically, Generations pulls from Marcus and Jean’s varied backgrounds rooted in the church, and steeped in soul, jazz, gospel and blues. Album opener “Strivin’”, featuring special guest and Marcus’ former bandleader, saxophonist Kenny Garrett, is an invigorating boogaloo bounce that immediately sets the mood with it’s Aretha Franklin and Ray Charles leanings. The interlude that follows instantly transports listeners into the Baylor’s living room, as family members of all ages reminisce on love and life. This endearing introduction gives way to the shuffling high point “Happy To Be With You”, which emits an after-church, celebratory air.

Gears shift on the reflective reimagining of “Loves Makes Me Sing”, made famous by R&B songwriter and singer Michael Wykoff in 1980. On this contemporary update, Jean’s crystalline vocals find support in a lush string arrangement by Geoffrey Keezer. Wayne Shorter’s “Infant Eyes,” featuring original lyrics by Jean, comes next, followed by one of the album centerpieces. That would be “2020”, a prayer sang in the form of a blues that takes a page from the Negro Spitirual in spirit. The pulse of the beat leads into the heart of Jean’s wrenching cry, which draws parallels between the racial oppression of yesterday, with the all too prevalent injustices seen today.  That same pulsating beat culminates in a fiery drum solo by Marcus that encapsulates the song in its entirety.

A major highlight of Generations is the upbeat vocal summit in session on “We Swing (The Cypher)”. Jean is the intergenerational bridge between Dianne Reeves and Jazzmeia Horn, a couple of powerhouse jazz vocalists representing two different generations in this celebration of resilience and love. The lush “Becoming” takes inspiration from the majestic balladry of Shirley Horn, and lyrically nods to Michelle Obama’s inspiring biography “Becoming”. “[“Becoming”] really connects the story of Generations by highlighting our individual and collective process of growth through seasons of life,” says Jean.

“Black Boy” is a somber and telling drama shaped by the age-old realities of racism in current society. Haunting and beautiful, this sweeping composition is also adorned by strings, this time arranged by Darin Atwater. This song asks questions nobody can answer – but yet, even in its heaviness, undeterred faith remains strong. The R&B/soul infused “Walk On By” comes next, followed by the Thelonious Monk-inspired “Do You Remember This?” This reminiscence of earlier times features Jean and Sullivan Fortner in angular vocal-piano interplay before easing into a hard-swinging common time break.

Generations comes full circle toward the end, as it brings listeners back to the Baylor Project’s Gospel roots with the help of the multifaceted Jamison Ross on vocals. Coming from a similar upbringing in the Black church like Marcus and Jean, Jamison, the grandson of a pastor, is the perfect vessel to convey a wise parting message that faith is the answer through the darkness. This is further reinforced with the last track “The Benediction”, which closes the album with an electrifying message of purpose delivered by their brother, Apostle Larry J. Baylor.

On Generations, The Baylor Project has created a masterful musical exploration that is both timely and timeless. “We hope every listener enjoys this celebration and comes away with a renewed desire to honor those who came before us while positively impacting the next generation,” says The Baylors.

Label: Be A Light

All songs written and arranged by The Baylors with the exception of “Infant Eyes” written by Wayne Shorter and “Love Makes Me Sing” written by Michael Wykoff.