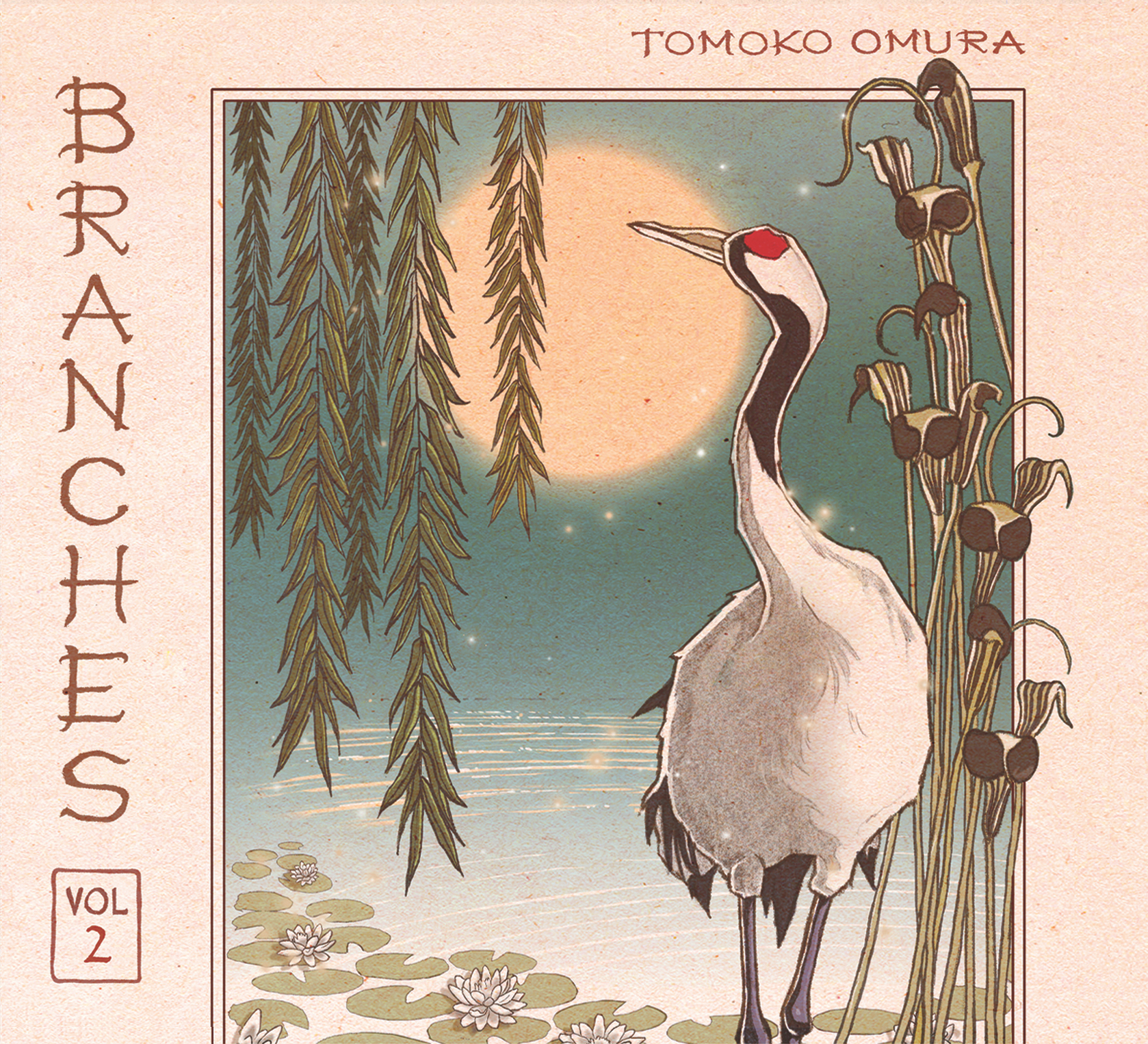 Outside in Music is thrilled to announce the release of Branches Vol. 2, the eagerly-awaited new installment in imaginative violinist-composer-arranger Tomoko Omura’s Roots series. A companion to last summer’s critically acclaimed Branches Vol. 1, this vibrant issue features six more of the Shizuoka-born artist’s original compositions inspired by Japanese folktales, and arrangements of Japanese popular songs. Accompanying Omura on this exploration of sound and culture is her working quintet made up of guitarist Jeff Miles, pianist Glenn Zaleski, bassist Pablo Menares and drummer Jay Sawyer.

In 2015, New York-based Tomoko Omura released Roots, a ten-track collection of well known Japanese songs rearranged for a modern jazz quintet. Since then, the violinist has made a concerted effort to intertwine her Japanese heritage with her virtuosic jazz artistry on each subsequent recording project. “There’s a promise inherent in contemporary music, and it goes something like this: with people from various backgrounds—culturally, ideologically, religiously, aesthetically—creating art, everyone can benefit from the exposure to new ideas,” remarked Downbeat Magazine’s Dave Cantor in his Editor’s Pick review of Omura’s initial Branches offering. On this riveting follow up, the synergy between the ensemble’s five members has been fortified by continual collaboration. Omura deepens her compelling tribute to Japan with evocative material that builds a causeway between deeply rooted tradition and contemporary invention.

Branches Vol. 2 is split evenly between Omura-penned compositions and folk songs, tallying three of each. The album begins with a stately march leading to a luscious passage of pizzicato violin, vocals and rhythmic underpinnings from Omura’s steadfast rhythm section. The piece is “Come Firefly”, a well known traditional Japanese folk tune.“Fireflies are magical creatures that have always fascinated me,” shared Omura. “My rendition of this folk song has a sci-fi element. I was imagining communication through lights by celestial beings.” Omura’s violin soars above overdriven guitar and discordant pianistic refrains on this surrealist celebration.

Omura’s original “Melancholy Of A Crane” offers a contrapuntal and wistful exploration inspired by the Japanese folktale “Tsuru no Ongaeshi” (The Crane’s Return of Favor) – a melancholy tale of a crane who returns a favor to a man. One can hear the flight of the swan in the gentle melodic musings of the violin over the rhythm section’s triple meter. “To-Ryan-Se” is another popular folk song that dates back to the Edo era (1603 – 1867). “Children sing this song like a game,” Omura described. “It is played by multiple children facing each other, and they form a bridge with their arms, while other children pass through the bridge while singing. At the end of the song, the bridge comes down and one child will be stuck inside the bridge. That’s the game!” Omura also hints at a haunting and yet wondrous meaning behind the song’s actual lyrics. This element is captured in Omura’s arrangement in the playfulness of the melody and the inherent sense of adventure it exudes. The melody features unison playing from Omura and Miles, which elicits a  response by Zaleski, echoing the game from which the material is derived. The piece features stunning solos from Omura, Zaleski and Miles.

Next up is “Bow’s Dance”, a folksong of the Ainu people, the indigenous people of Japan’s northernmost island Hokkaido and some of its nearby Russian territories. A close friend of Omura who extensively researched the Ainu introduced her to the great Ainu singer Umeka Ando. Ando’s interpretation of this song left its mark on Omura, and so she decided to include it here.

“Tomie’s Blues” is Omura’s composition dedicated to her grandmother, Tomie Omura, who passed away several years ago. The artist remarks, “I was very close to her and we lived together for 18 years of my life. This song is 12 bars long, just like the typical blues form, but the melody is repeated multiple times with changing note durations expressing the elasticity of time.” The contemplative ballad features wonderful solos from Menares and Zaleski.

The concluding track is“Urashima Suite”, the fantastical tale of a young boy’s adventure that encapsulates the bittersweet nature of the passage of time. Omura and Zaleski lead us on this wondrous journey through multiple tonalities, conjuring an array of emotions and experiences including imagery of the ocean and a place called “Dragon Palace” referenced in the original tale.

In a 2021 feature in Strings Magazine, Omura shared that her Roots project is ongoing, and something that she plans to continue exploring. She told journalist Greg Cahill: “It’s developing in a few interesting directions. Just like branches. I like storytelling in music that takes us somewhere else while listening. Also, for me, re-discovering the Japanese musical elements and using them in new ways is a fun thing to do. It’s still an ongoing project, and I’m already thinking about where it can go next.”

Label: Outside in Music OiM2116