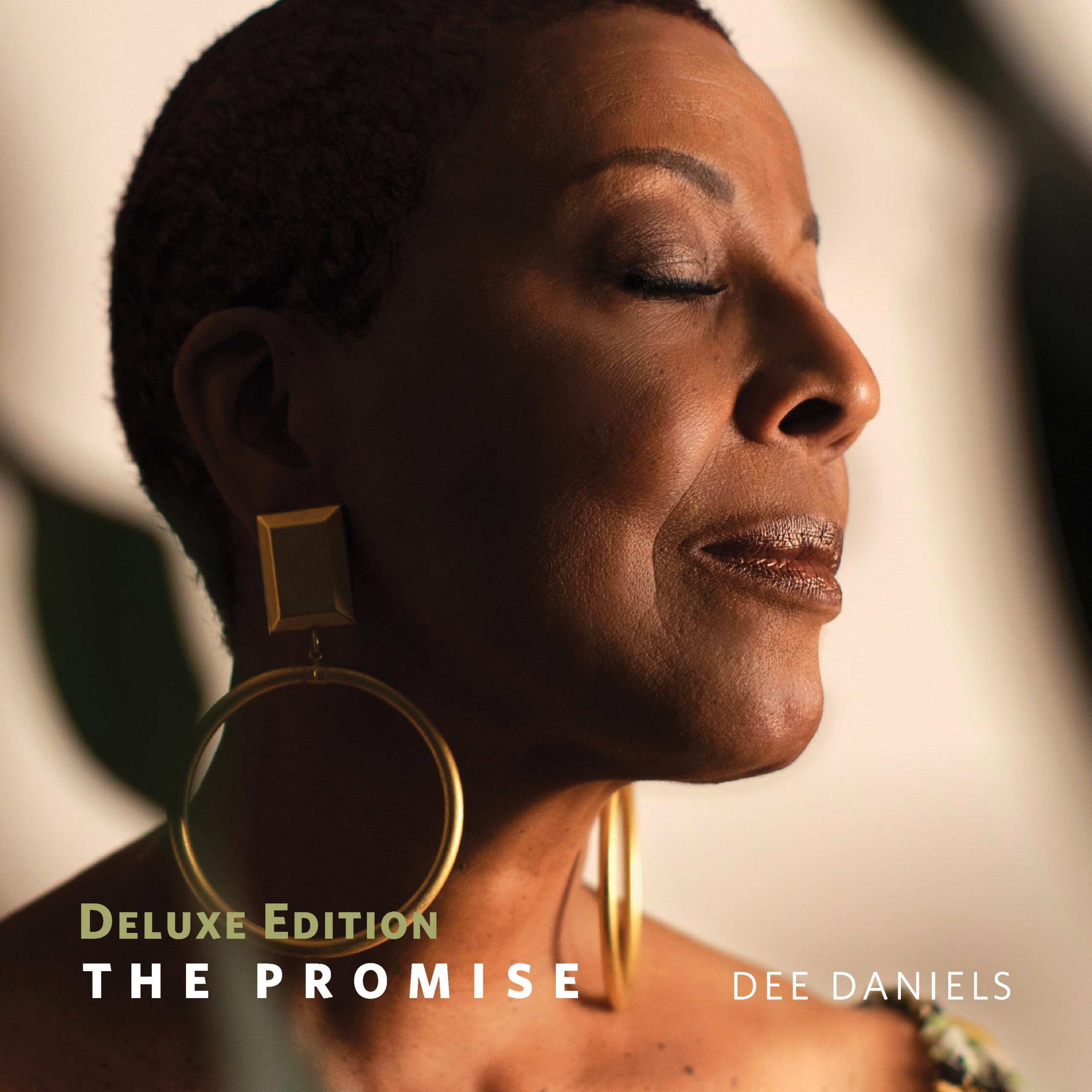 Cellar Music Group is thrilled to announce the May 7, 2021 release of The Promise: Deluxe Edition by multi-award winning jazz and inspirational music icon Dee Daniels. Her Cellar Music debut, The Promise is a deeply spiritual and powerful tour-de-force inspired by the acclaimed vocalist’s recent journey with breast cancer. Featuring twelve original compositions and one creatively-arranged traditional, The Promise solidifies Daniels’ standing as one of North America’s most extraordinary and beloved performers. The first single, “Let Freedom Ring: The Ballad of John Lewis”, was released earlier this year and the second single, “One Moment In Time” was released on April 9, 2021. Already a winner of the 2020 Western Canadian Music Awards’ Best Spiritual Artist and numerous Global Music Awards, The Promise is one of the most anticipated spiritual albums of the year in a time when we all need inspiration.

The Promise is a major career milestone for the legendary artist, who has captivated global audiences for over four decades. Originally from Berkeley, California, Daniels moved to Vancouver in 1987 and has since become an internationally recognized artist with an extensive resume of top-tier performing and recording credits. She has performed with a who’s-who of jazz greats ranging from Wycliffe Gordon and Houston Person to Clark Terry and Benny Golson, and fronted numerous symphony orchestras and large ensembles. She’s is regarded as one of the leading vocal clinicians in the world with countless awards and honors: a 2002 induction into the BC Entertainment Hall of Fame, recipient of the 2003 Commemorative Medal for the Golden Jubilee of Her Majesty Queen Elizabeth II, and the 2009 receipt of an Honorary Doctorate Degree of Fine Arts from Capilano University.

Despite all of her success, Daniels couldn’t shake the feeling that something was missing. With the blessing of her family, in 2011 she moved to a brownstone in Harlem, hoping to find what she was looking for. Her career certainly blossomed when she arrived in New York City – she recorded two popular albums including State of the Art (Criss Cross) and Intimate Conversations (Origin), was offered a teaching position at Queens College and performed regularly at top jazz venues throughout the city. “With all these, and many more wonderful events occurring daily in my life, I still had that empty feeling inside,” she shared. Though she prayed regularly throughout her life, it was then that she dialed up to “fervent” prayer – a state she describes as “total submission to the manifestation of my desire.” Two weeks after she started to fervently pray, in late 2014, she received the life-changing news that she had breast cancer. Instead of responding with shock and fear, Daniels felt a sense of calm. “I knew in my heart that I was about to embark on a journey that would lead me to the answer.”

Throughout her treatment, Daniels made a number of lifestyle changes and shifts, including daily meditation practice. At the urging of a close friend, Daniels began to experiment with guided meditation – a practice that helped her dial in deeper spiritually, and access parts of her creative sector with ease. “The meditative sessions became a gateway to healing and creative adventures.” Through this daily practice, Daniels was “gifted” with countless original compositions. They came so rapidly, that she had to record them during her sessions on her cell phone. As the music continued to flow, Daniels’ journey of self-discovery began to crystallize. “I understood that my entire life has been a fulfilment, but it was about to expand. The songs that I was gifted with through meditation were to be shared with the world.”

The resulting work is The Promise, a dynamic collection of original music that offer personal messages of healing, joy, hope, inspiration, guidance, and above all, unconditional love for oneself and others. Stylistically, the album finds Daniels circling back to her Gospel roots, though the music pulls from the many genres she’s so expertly performed throughout her career: jazz, r&b, blues, and rock music. Highlights include the mood setting opener, “Choose Me”, the unparalleled showstopper “Healed”, which showcases Daniels’ passionate and wide-ranging vocal prowess, and the red hot soul stirrer “Never Alone”. On this special Deluxe Edition, three bonus tracks are included: an alternate version of “One Moment In Time” featuring guitarist Felton Offard, a stirring rendition of the traditional “I Want Jesus To Walk With Me” and “Let Freedom Ring: The Ballad of John Lewis” – her uplifting anthem for a world on the precipice of a new beginning. The powerful video, which has been viewed over 140,000 times on YouTube, can be seen here.

With the release of The Promise, Daniels presents her most fully realized project to date, and ushers in a new era of her already illustrious career. Daniels shares: “I am so happy and excited to share this music with you. May it bless you and be a vehicle for love and healing on all levels of your existence.”

Dee Daniels is a crowd pleaser and a musician’s musician. Whether accompanying herself at the piano, fronting a trio, big band or symphony, she is a unique talent who transcends musical borders when she brings her jazz styling, infused with gospel and blues flavoring, to the stage.

The stepdaughter of a Baptist minister, Dee was born and raised in Oakland, CA. Though she graduated with a B.A. degree in Art Education, music was always a big part of her life. However, she didn’t discover her true calling to it until after teaching art in a Seattle high school for a year. She then joined a band, resigned her teaching position, and the rest is history!

Dee has since traveled throughout the world with her music. She has shared the stage and/or recorded with numerous legends of jazz including Houston Person, Monty Alexander, John Clayton, Russell Malone, Cyrus Chestnut, Ken Peplowski, and Lewis Nash to mention a few. Her diverse career has seen her in clubs and prestigious music halls around the world, on theater stages, television and radio, performances for royalty and international dignitaries, and on many recordings as leader or guest.

Dee has also established herself as a jazz vocalist in demand by the classical world, performing her five symphonic Pops programs with orchestras in the US, Canada, and Europe. Many organizations and institutions in and out of the music industry have recognized Dee with awards for her contributions in music, education, and community service.

All music by Dee Daniels except 13, which is a Traditional