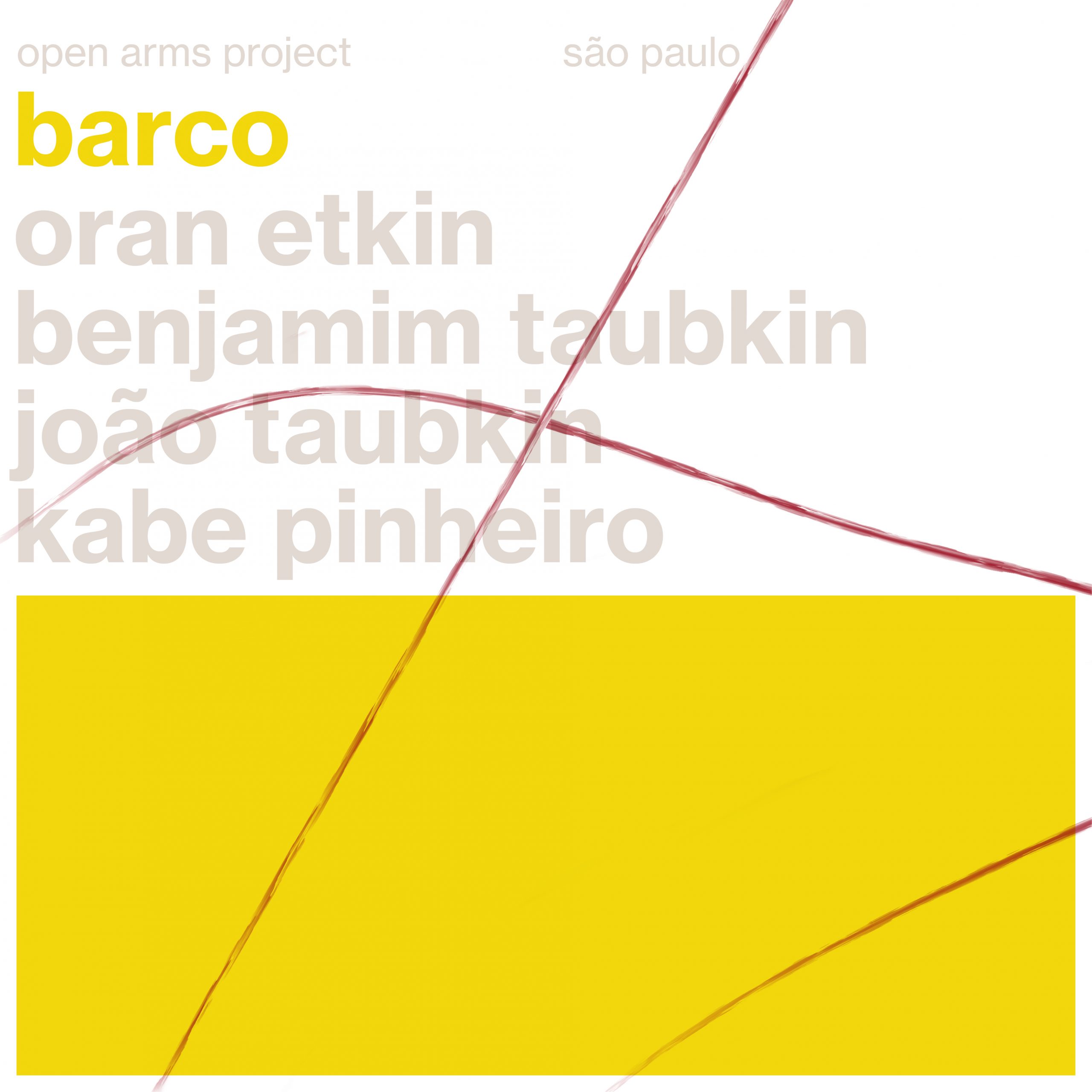 On April 16, Oran Etkin will release “Barco”, the next single and music video in the Open Arms Project, a series of singles documenting his collaborations with great masters around the world – from Prague to Harrare, Zimbabwe; Paris to Rio de Janeiro.  This new track, recorded and filmed in São Paulo features legendary Brazilian pianist Benjamim Taubkin along with Kabé Pinheiro and João Taubkin.

On April 30th, to celebrate UNESCO’s International Jazz Day, Etkin will debut the next phase of the Open Arms Project in a live performance at San Jose Jazz Festival’s new Break Room for their New Works Festival. Performing with some of the most exciting young West Coast musicians, Etkin will present a new work inspired by the musical encounters chronicled in the Open Arms Project. Interweaving melodic and rhythmic motifs from the pieces he recorded around the world along with electronics and samples from the field recordings, Etkin will take listeners on a musical journey filled with excitement and energy, improvisation and interaction.  The performance will be live-streamed for free on the San Jose Jazz website.

This summer Etkin will also bring the spirit of Open Arms to New York audiences in his role as Artistic Director of the new Mama Farm Full Moon Concert Series taking place on actress Isabella Rossellini’s farm in Brookhaven, NY and featuring artists from around the world.

“Barco” is the 6th single in the Open Arms Project, and the second featuring Etkin’s collaboration with Benjamim Taubkin. Etkin and Taubkin were introduced two years ago by Dubi Lenz, the director of the Red Sea Jazz Festival in Israel, and they immediately found a deep musical connection.  Taubkin recalls, “Oran came to São Paulo, and I was a guest on a performance he gave at Jazz Nos Fundos and again at Jazz B some months later. The bond came very easily.  As we say here in Brazil- this is my new friend from childhood!”

Last year Etkin was invited again to Brazil, and the two decided to organize a collaborative recording session, inviting bassist João Taubkin and percussionist Kabé Pinheiro.  The music was fresh and new – written for the occasion on the weekend before the recording! Barco was composed by Taubkin and their previous single, Pro Carnaval Voltar, was composed by Etkin. Barco begins with a slow movement that flows into a duet between percussionist Kabé Pinheiro and Etkin.  Pinheiro uses a traditional dance form from his home state of Minas Gerais, strapping shakers to his ankles and creating rhythms with his whole body,  The tradition comes from Congado, an afro Brazilian devotional event dedicated to the Black Holly Mother. Taubkin explains that “the story tells of a vision that the enslaved people had in the 18th century in a lake of the Holly Mother… and she was black! When they came back to the main house of the farm and shared the miracle, they were beaten. This event lives on in a big procession each year, with hundreds of drums, singing and dancing. Kabé’s step dance is a reference to this tradition and the continuity of rhythm.”

Last April, as the world was closing down, Etkin’s response was the Open Arms Project: a series of singles & videos highlighting various collaborations with great masters around the world – each characterized by a deep human bond formed out of a sense of listening and mutual respect.  The tracks were filmed and recorded in Rio de Janeiro, Harare Zimbabwe, Prague, Paris & São Paulo with musicians including Danilo Caymmi, Benjamim Taubkin, Thomas Enhco, Musekiwa Chongodza.

Oran Etkin has been described as “great clarinetist, excellent improviser” by Ben Ratliff of the New York Times and “composer of eminent individuality” by Yusef Lateef. He was voted #1 Rising Star Clarinetist in DownBeat Magazine’s Critic’s Poll and has performed as a leader at venues including Montreal Jazz Festival, North Sea Jazz Festival, Jazz at Lincoln Center, WolfTrap, Kennedy Center and more. He has been invited twice to be a guest lecturer at Harvard University and is also the founder of the Timbalooloo educational program for young children. Etkin released six albums as a leader including four on the Motema label. Etkin’s duo concert with Sullivan Fortner in Paris was chosen as one of the Top 6 Musical Highlights of the year by Libération, which described it as “a concert of weightlessness, class, spark, inspiration and sharing. Magic uninterrupted for two hours. The crowd went wild. For such is the music of Etkin: sensitive to the exchange with the audience.”

Pianist, composer, arranger and producer Benjamim Taubkin has created a distinct voice within Brazilian music and its intersection with music from all over the world. He has recorded 20 albums  as a leading artist, most of them on his own label – Nucleo Contemporâneo, and appears on over 150 other albums as guest musician, producer or arranger. Taubkin has traveled the world presenting his music from solo to Symphony Orchestras, collaborating with musicians from Morocco , India, South Africa , Korea , Israel, Colombia, Argentina and Spain. He has performed with a.o, Paulo Moura, Rafael Rabelo, Monica Salmaso, Zizi Possi, Nana Vasconcelos, and in special projects with Hermeto Pascoal, Milton Nascimento, João Bosco.