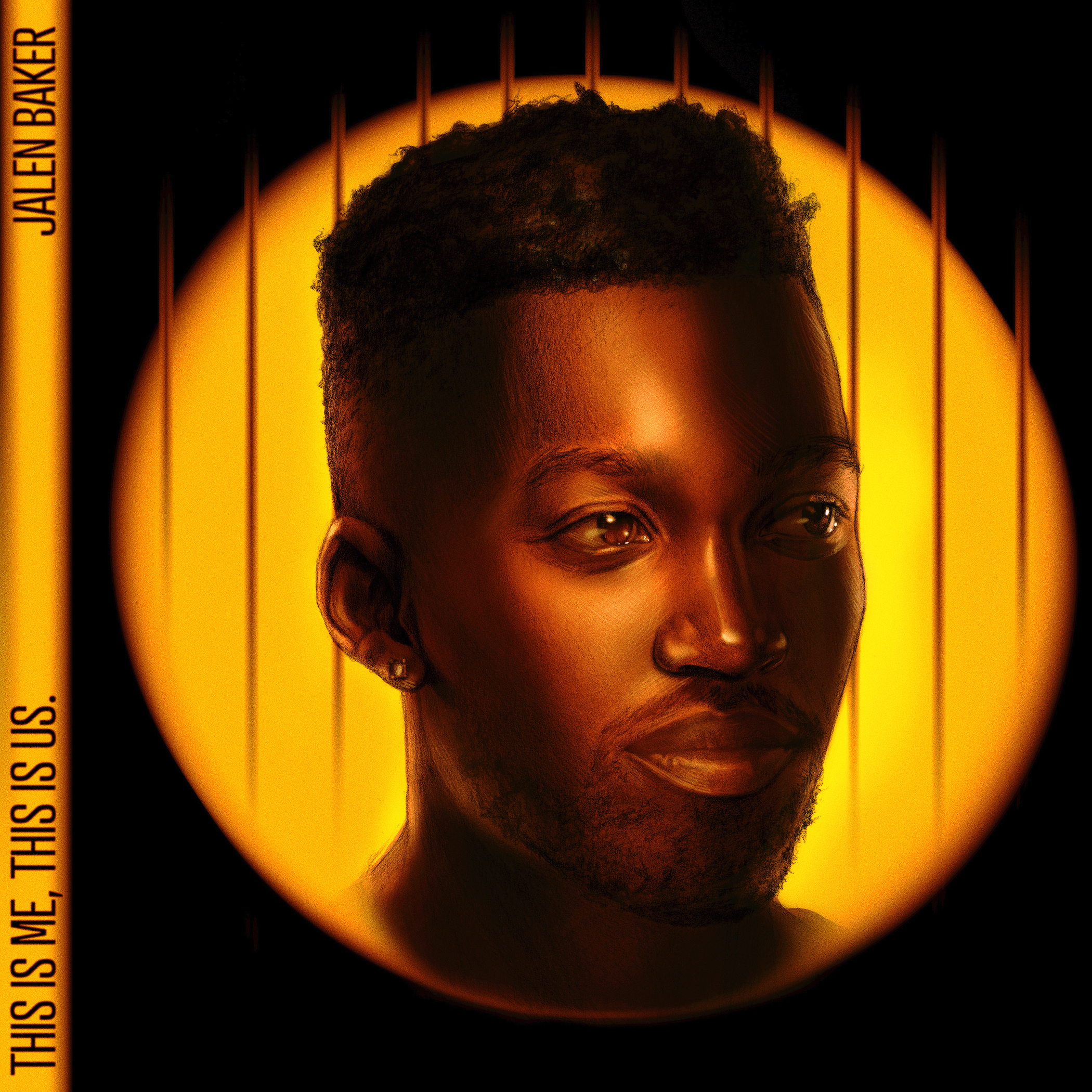 Outside In Music Announces The Electrifying Debut Release From Vibraphonist Jalen Baker
New Album This is Me, This is Us is Set for Release on June 4th, 2021

Outside in Music is thrilled to introduce vibraphonist, composer and bandleader Jalen Baker with the release of This Is Me, This Is Us on June 4, 2021. On this auspicious and gripping debut, the Houston-based talent makes a major musical statement with the help of star drummer and producer Ulysses Owens Jr. Over the course of nine original compositions, and one reimagined Stevie Wonder classic, Baker expertly fuses his lyrical improvisation with fervent passion and virtuosic ability to create an unforgettable sonic experience. Joining Baker is an amalgam of top-flight musicians from both Texas and New York including pianist Paul Cornish, trumpeter Giveton Gelin, drummer Gavin Moolchan and bassist Gabriel Godoy. The depth of the compositions is augmented by the stellar string quartet made up of violinist Jessica McJunkins, violinist Orlando Wells, violist Andrew Griffin, and cellist Susan Mandel.

On This is Me, This is Us, Baker presents deeply substantive original material centered around themes of spirituality, trauma and healing. “I wrote all of the music based on my life experiences with things such as racism, depression, heartbreak, career disappointments, success, triumph and healing. Even though I have personal experience with all of these things, nothing is unique to just me. These are things most of us deal with and I want people to know that they’re not alone.” The title, This Is Me, This Is Us, is meant to reflect these universal experiences. The album walks listeners through Baker’s musical upbringing, reflecting on the artist’s journey while making poignant statements about the many trials he’s faced.

This Is Me, This Is Us is produced by acclaimed drummer Ulysses Owens Jr. Baker’s relationship with acclaimed drummer Ulysses Owens Jr. Their relationship began with an encounter at a workshop that Owens Jr. was conducting at Florida A&M University. Owens was so impressed by Baker’s playing, that he made the young vibraphonist a sub for his own touring band. Thus, Baker and Owens have played together throughout the country and overseas, and have formed a long-standing musical connection that reaches its apex on This Is Me, This Is Us.

Baker offered the following: “Having Ulysses produce this record means everything. He was one of the people to really take a chance on me and jump start my career. It was really important to me to have people from every point in my musical life a part of my first record so getting Ulysses to produce was a no brainer. When you work with someone like Ulysses the product will always be of the highest quality.”

Upon listening to the first track “So Help Me God”, listeners will hear Baker’s sultry vibes underscored by the lush sounds of the string quartet. Harkening back to the iconic sounds of the Modern Jazz Quartet featuring the great vibraphonist Milt Jackson, this track highlights Baker’s tremendous acuity at composing nuanced, ardent pieces. Masterfully arranged, the large ensemble avoids density and is complimentary in nature, the soaring refrains from Trumpeter Giveton Gelin doubled by Baker is underpinned by the steadfast rhythm section and cradled by the silken soundfield created by the strings.

“Healing” is an example of a thematic composition that draws the listener in with its refined dynamic sensibilities and harmonic intrigue. The piece was composed in the summer of 2020 while reflecting on the hardships of the current moment, most notably the pandemic that has afflicted our world for the past year. In order to make sense of the world, Baker strived to heal his mind with composition and practicing. This piece features solos from Baker, Giveton Gelin, and pianist Paul Cornish.

“Patience” is a poignant ballad that showcases the vibist’s maturity in composition by his use of space and affecting melodic content. The strings return, this time beginning the piece by stating the melody prior to the entrance of Baker and Gelin. In a true show of patience, the melody gently builds in both instrumentation and intensity. “Praise” is a decidedly modern sounding piece with a lyrical melody, and a prayerful air throughout, and features masterful solos by Cornish and Baker. The pared down “Faith” features Baker with bass and drum accompaniment, as the sole chordal player and displays the synergy between the three players, while spotlighting Baker’s comping prowess. Baker’s arrangement of Stevie Wonder’s “Love Is In Need Of Love Today” offers a new dimension to a beautiful classic with a message that rings true in modern times. This solo piece feels like a sultry, contrapuntal prayer for a more peaceful and loving future.

One of Baker’s most ardent supporters is acclaimed vibraphonist Warren Wolf, who contributed the album’s liner notes and cosigns on Baker’s promise. Referencing a quote by Mahatma Gandhi in those notes, the future depends on what you do today, he says: “What Jalen is doing today is bringing the vibraphone to new heights and bringing new compositions to the world. The promising young vibist will continue to emerge; with experience comes wisdom. Watch out for Jalen Baker.”

Jalen Baker, born in Washington DC and raised in Houston, TX, is a vibraphonist, percussionist, educator, and composer whose early training involved both classical and jazz.  He decided rather early on to focus on jazz and in May 2017, Jalen received his BA in Jazz Studies from Columbia College Chicago. While matriculating at Columbia College Jalen studied with percussionist Jarrett Hicks. He distinguished himself as a  jazz vibraphonist and received several accolades including outstanding soloist at both the Notre Dame  and Elmhurst Jazz Festivals and was one of two students chosen to represent Columbia at the Arcevia Jazz Festival in Arcevia Italy. While in Chicago Jalen was also an active musician playing in various venues around town with  the Jarrard Harris Quartet, The Dod Kalm Quartet, Human Bloom and his own group Musiki Tano. He was also chosen to be a member of the Chicago Next Gen Allstars by the Chicago Jazz institute.

Jalen was accepted as a Graduate Assistant in the Jazz Performance program at Florida State University and May 2019 received his MM in Jazz Studies.  During his tenure at Florida State Jalen continued to distinguish himself as a performer and was chosen as a Ravinia Jazz Fellow in 2018.  He has been an active performer with the Leon Anderson Quartet, The Ulysses Owens Trio and The Ulysses Owens Quartet as well as leading his own band Musiki Tano in venues in and around Georgia and Northern Florida. Jalen was also recently the featured guest with the Savannah Jazz Orchestra.

All music by Jalen Baker, except 10 by Stevie Wonder