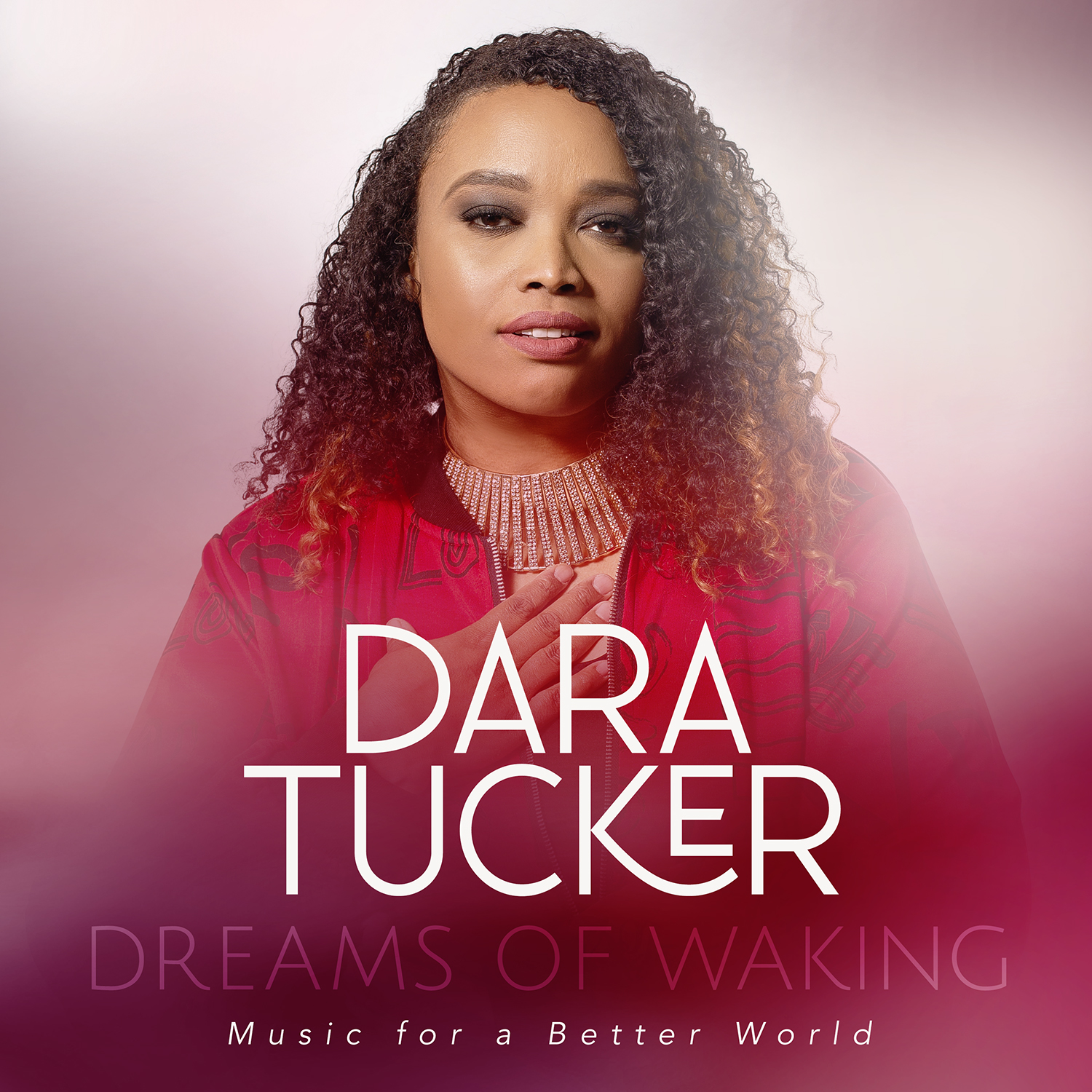 Award-Winning Vocalist Dara Tucker Announces the Release of Her Transcendent New Album, Dreams of Waking: Music For a Better World, Out May 28, 2021
via Green Hill Music

Green Hill Music is proud to announce the May 28th, 2021 release of Dreams of Waking: Music For a Better World, the new album by consummate vocalist, songwriter and bandleader Dara Tucker. With fresh, inspired arrangements of classic singer-songwriter and soul compositions of the protest era, Tucker’s powerful new release gives voice to the cry for social justice and change that has swept across the United States in the new decade. Songs from such legendary songwriters as Stevie Wonder, Donny Hathaway and Paul Simon are presented through a jazz lens with a compelling performance from the vocalist and her illustrious band of musicians. Dreams of Waking: Music for a Better World features Tucker alongside pianists Cyrus Chestnut and Sullivan Fortner, bassists Dezron Douglas and Vicente Archer, drummers Johnathan Blake and Joe Dyson along with saxophonist John Ellis and trumpeter Giveton Gelin.

“Dreams of Waking refers to the hope that our society will develop an awareness of the inequities that still exist,” Tucker said. “It’s the dream that we will become fully conscious and attuned to the hopes, dreams and needs of every human being.”

As a songwriter, Tucker is no stranger to composition as commentary as she teamed up in a similar spirit with blues & Americana artist Keb Mo’ to co-write the title track to his 2020 Grammy-winning album Oklahoma. Tucker’s sole original composition for her new album, “Do We Sleep?” issues a passionate call for cultural awakening that echoes the title of the album. “Many of my original songs are internal statements that help to chronicle my growth, experiences and evolution that I hope will inspire others,” Tucker said. “This time, I decided to focus on the external. Are we really awake? What are we doing to give attention to the cries of injustice and inequality, or are we complicit by silence, ignorance or lack of interest and awareness?”

Drawing from the 1960’s and 1970’s, an era that holds special significance to her musical journey, Tucker’s new album brings life to a collection of songs that reaffirm her belief in our shared humanity. The jazz waltz reimagining of James Taylor’s, “Secret O’ Life” and pianist Cyrus Chestnut’s arrangement of Donny Hathaway’s, “Someday We’ll All Be Free” allows Tucker to soar, sonically capturing the spirit of hope and reflection.

The Motown-meets-New Orleans buoyancy of Stevie Wonder’s, “You Haven’t Done Nothin,’” arranged by saxophonist John Ellis, blends party with protest, while Sullivan Fortner’s recast of Paul Simon’s, “Bridge Over Troubled Water” flows both turbulently and steadily with Tucker at the helm.

Dara Tucker is making her mark in the world of organic, heartfelt music by blending the melodic and lyrical richness of the central plains with the soulful strains of the African American experience. Her eclecticism is guided by the diversity of her narrative. Born in Tulsa, Oklahoma to a family of singers and ministers, Tucker and her siblings traveled across the US singing with their parents. From there, Tucker has experienced a diverse array of locales that she has called home including Interlaken, Switzerland; Nashville, and finally, New York City. Tucker has since toured nationally with her own bands and also with renowned hybrid guitarist Charlie Hunter.

Dreams of Waking: Music For a Better World is her latest in a compendium of innovative studio releases. The resulting 12-song project, recorded by GRAMMY-winning engineer Mike Marciano and produced by Greg Bryant, delves deeply into the national Zeitgeist with a clarion call to all agents of change to build a world that embraces the dignity and humanity of all people.